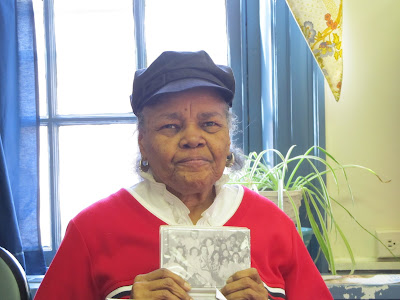 Segregation breaking point. I have thought a lot about these words ever since Hazel told this story over a year ago. At first glance they lean heavy. But in the right context, they are a breath of fresh air. Like a cup half empty, cup half full kind of question.

Personally, I’d like to think this story shows us how far we’ve come - segregation happened and racial equality is still a dream, but look on the bright side, let’s be glad segregation ended, you know?

This project is called The Best Day of My Life (So Far) afterall - I am a relentlessly cup half full kind of gal.

During the 1940s at college, there were two girls’ dormitories.  Each one was divided into four sections.  About twenty-five students were housed in each of the parts.

However, for my first two years, the Black pupils lived in “Oak Hall Section Four.”  After continuous complaints and recommendations from activists, we occupied alternate floors, one Black and one White in both Oak and Haurel Halls during my third year.

This was the segregation breaking point after our wonderful Dean spied a huge sign.  It was located at the head of the stairs on my floor, written in perfect manuscript writing.  It read, “Black Floor, No Whites Allowed.”  She was livid.  After questioning each occupant, no one owned up to printing the poster.

My last and senior year, students were allowed to live freely in both dormitories.