In Memory of Loretta

Last week, I'd heard that our older bud Loretta Dotson passed away in August. She had been in the hospital for a while last year, but she'd recovered well and was ready to come to Best Day again. Loretta stopped by last January and February, but she stopped calling for a while. I called her back last May and she confirmed that not only would she be coming back to Best Day, she'd bring older bud Joe to visit too. It hit hard when I heard she'd died. 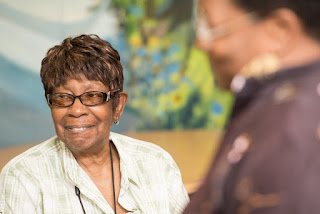 Loretta was incredibly artistic. On two separate occasions, she gave me a hand-crocheted cross, and I saw her crocheting and knitting skirts for Barbie dolls too. When I complimented her on the skirts, she asked me what my favorite color was and when my birthday was, and promised to make one for me as birthday present. It wasn't too long after that that she got her aneurysm and had to go to the hospital. I also remember trying to figure out how to send her the "get well soon" videos I had made for her, since they were too big to send by email. When she'd recovered well enough to answer the phone, Id call her every week to see if she got the videos through the next method I used to send them to her...and the next, and the next. When she was healthy enough to come back in, we both tackled the elephant in the room...the whiteboard listing Best Day's facilitator as Benita instead of Caitlin! 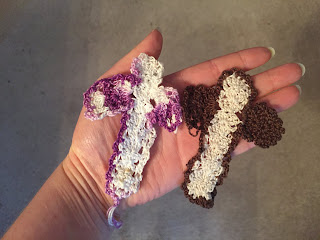 Loretta's been a huge part of Best Day, and she's seen no less than seven different facilitators when writing with us. You can read some of her stories in our previous posts here: 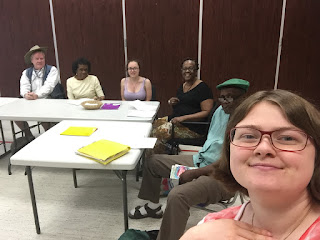 Have a Nice Day
Stories of Love and Laughter
The Seniors Are Coming
Keep Smiling, Stay Happy
We Are Family
A Sort of Summer Vacation
Independence Day
Young Buds
A Fully Loaded Story Goodie Bag
Cooldown
Mother's Day
Happy Halloween
Are You Benita? 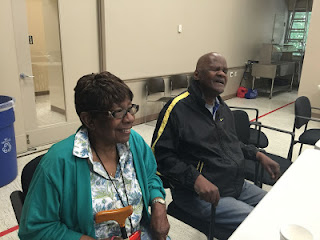 Life is short, so make time to talk to your older buds. Send us their stories through this form. And if you want to do more to end senior isolation, click here to participate in our tenth anniversary celebration, Friday November 8th, 10AM-4PM. Or if you’re looking to bring our storytelling experiences to your workplace, check out our lunch and learn. 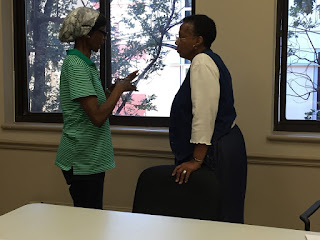 And before I go, I wanted to leave you with a few more of Loretta D's stories, never before posted on this blog: 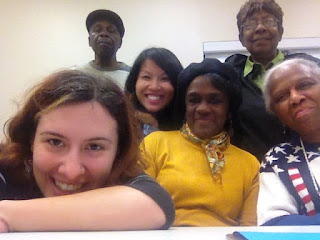 It’s a blessing to have places to visit and congregate with your peers. We really have wonderful conversations. There are so many activities for us. This gives us some place to look forward to attending. The connections with each other brings back fond memories of family, school neighbors, friends. Even when we attended church services, all day with picnic baskets of food. We were all gussied up, sharing this with fellow seniors is so touching. The crafts are simple but memorable. Exercises keep us moving. There’s dance classes, card games, Bible study, health checks, even a barber comes in. The nutritionist helps us make better choices with meals. The social workers give us good advice when needed. There’s a choir, the blended voices are so sweet. The group that puts on excellent plays is the Drama class. Everyone works so hard to do their best and it is appreciated. They also show movies. This is so much better than sitting at home wasting away, getting out doing what we can to keep active and healthy. We also go on trips. 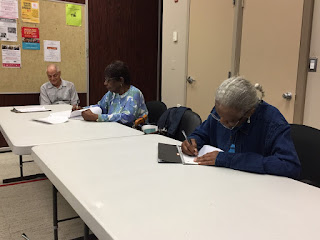 We all obtain our news from various sources, some from newspapers, some from the radio, some TV, some cell phones, some by word of mouth. In order to survive comfortably, it is important to stay in the know. The same goes for the weather forecast. It is important to be able to discuss current events and occasionally voice your opinion. This helps us stay sharp and on the ball. It’s really amazing how some folks will say I don’t listen to the news, I don’t care what’s going on. My opinion of this “foolishness” we should all care whether the news affects us directly or not. We might learn of something that we can pass on to help or assist another. The same goes for the weather – coat or jacket, sweater or bikini top “smile” just kidding. 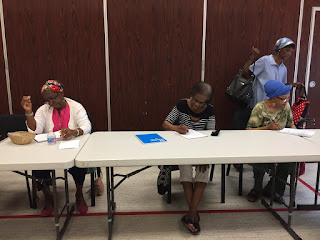 Araminta Harriet Ross AKA Harriet Tubman. So much history, so much pride. So much bloodshed. I am so very, very grateful for the effort of so many. Just to mention a little about Harriet Tubman, (she took her mother’s name). There were no tracks on the Underground Railroad, neither did anyone hide or travel underground. This was simply a loose network of free blacks and whites in the North who helped slaves find freedom in the Northern United States and Canada. Free black communities, especially the churches, were active in helping to free slaves.
Harriet was not satisfied with her own escape to freedom; she made 19 return trips to the South. She would drug the babies to keep them from crying – probably sugar tit dipped in homebrew or rubbed their gums in corn liquor.
She once told Frederick Douglas, “On my underground railroad, I never seen my train off the track and I never lose a passenger.”
Some called her a Black Moses. Some said her strength came from her faith in God. There was a $40,000 reward for her capture. She was never apprehended.
There was much singing amidst the suffering. The spirituals kept them going. Can’t you just hear “Swing low, sweet chariot coming for to carry me home” or “I’m going home on the morning train, evening train would be too late I’m going home on the morning train” amongst many more. Harriet Tubman made her rescue attempts in the wintertime. If someone wanted to leave and return to “the master” she would hold a revolver to his head and ask him to reconsider.
Well, she never had to shoot anyone. During the Civil War Harriet Tubman was a scout for the Union Armies. She got info from slaves, nurtured wounded soldiers, prayed and sang spirituals. Harriet helped hem our Mother and Father’s escape. She delivered them from slavery to freedom.
She spent her later years in Auburn, N.Y. Harriet died of pneumonia, financially poor on March 10, 1913. She had lived life rich in faith and good works. 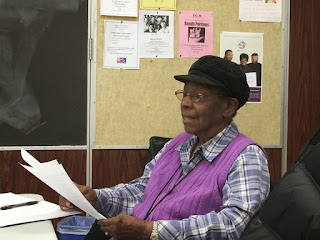 Loretta Dotson
5.28.2015
Some of My Warm Weather Activities

The warm weather has been overdue, we have hit 90 degrees.
Mother's Day I filled in on my Church Chor, Mr. Hebron. I was very nervous. I made it through, by reading lips and following the choir director. It was fun.
Last Wednesday Starr Harbor had a fashion show and I was one of the models. What a fun day.
On June 5th I will be on a mock jury given by Drexel University. It is lots of fun and very interesting. This will be the second time I volunteered. Also in the month of June I will be in a play held here at this Center in the auditorium the exact date I don't know.
I love this Center, I enjoy the people and the programs that are offered.
I hope to buy another book on storytelling, this one will be for me. I gave away the two copies I bought during the sale. 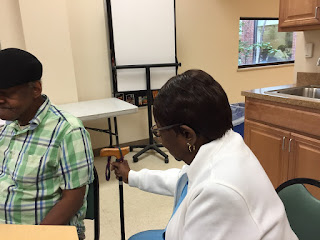 We are getting older, yes living longer and doing well thanks in part to our country clubs, A.K.A senior centers. The senior centers are comforting places for learning, relaxation, communication and education. At PSC, there is so much to do we never become bored or stagnant. We love sharing our childhood experiences. We have so much untapped knowledge about so many things it's a joy to share some questions I've been asked. What's an ice box? Why did you burn wood in the stove? When did you get coal for your house heater? Why didn't you have a gas heater? So many questions, so much fun to answer them. Some younger people are amazed at our former adventurous lives. We seniors are appreciative of and for all services available to aid us in living the good life. It is indeed a pleasure to have recognition and appreciation from others showing they care and are supportive in and of our well being. For the first time in US history, the number of people over 60 exceed those under 15 years old, a quote from Laura Carstens. Time Magazine states everyone wants to live longer and science is starting to make this happen. But living better will be the real challenge and opportunity. 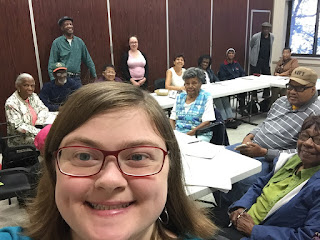 Thanks for reading, and have a good day. 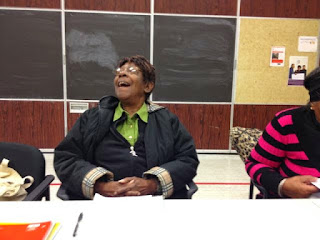