Jana, Loretta, Rochelle and Dolores (Stories of Love and Laughter) 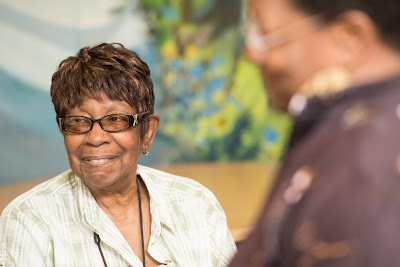 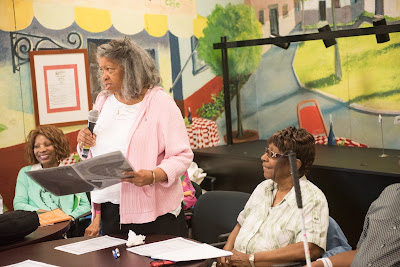 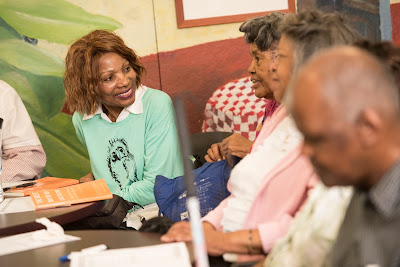 Following her personal story in the previous blog post, Jana handpicked a few recent stories by our seniors to put a smile on our faces - thanks Jana!

I chose these stories because I felt like they shared a similar theme of love and laughter. Stories that you most definitely could tell to your children or grandchildren years down the line.  They are precious memories we take with us. Hope you readers enjoy! – Jana

I love to travel. I visit so many paces almost daily. In London Big Ben was as amazing as huge. The Great Wall of China was astounding. It is extremely cold in Alaska but the fishing was great. The volcanoes in Hawaii are exciting and potentially deadly. Jamaica, Jamaica so beautiful the people pleasant and colorful and so accommodating. They love the American dollar, don’t we all?

Haiti is still struggling but still hanging in there. There are so very many places to visit and enjoy. The White House, the oval office, a spectacular room of course. Ah, Italy, great pasta, pizzelle and wine. In Germany and Switzerland beautiful chalets and mountains. But, for me, the clocks, the watches and the wrist and pendants variety are unique.

These places mentioned, you may enjoy also – just pick up a book! You can visit any place, stay as long as you like and revisit, no parking, no reservations. I’m revisiting New Orleans, the French Quarter. Perhaps I’ll see you there.

I drew a blank and couldn’t think of anything to write about.  In fact I really started not to come but I had said in the beginning of the year that I was going to try and come every week.  So I basically gave my word, I didn’t want to go back on it so I came.

I guess I’ll just sit here and enjoy the stories that other tell today.  The stories are always so very interesting and bring to mind things that occurred during out young years.  They are often pleasant memories of people and times that have long passed but should be returned so the younger generation can have a better outlook on life to appreciate what they have and not be so anxious to have everything immediately and move on the next needed “right now thing” and to know that an education is a thing to be honored to achieve instead of taking it so lightly and leaving school.  And taking care of oneself is a goal and not someone else’s responsibility.  Anyway, I was just gonna listen.

When I was seven years old, I hardly minded where infants came from. I just cared that they were here to be played with like dolls, to be coddled and kissed. I also worried little about the origin of the adults in my world. In fact, I worried little about how people – babies, teens, adults – come to be because I had developed my own theory about their genesis.

My seven-year-old imagination, combined with Bible stories, determined that God put each fully-formed person on earth at a specific age. And those people matured from that point forward. God, for example, made mom 30-ish; Cathy, two weeks old; Uncle Jay, 40-something; my oldest sister 4; and most of my friends between 3 and 7. Adults, already old at birth, bypassed infancy, childhood and other early maturation milestones. I figured that I was actually a little over two when God made me for my parents – no matter that folks told stories about my existence before then. To put it succinctly, I theorized that God crafter humans as completely developed babies, children, or adults.

So it was that I was surprised at seven to learn that my theory of birth was flawed. I was sitting on my front steps with my sisters, a few teenagers and young adults, when I noticed a stranger, a lady walking toward my steps. I looked her up and down. I was captivated by her shiny, black hair, presumably oiled with Royal Crown Pomade before being pressed straight with a hot comb and then curled into a page-boy, with evenly-spaced finger waves complimenting her hairdo. I was also mesmerized by her bright red lipstick – the color of which “is only worn by Jezebels,” according to my Mom.

But what shocked me more than anything else about the lady with the fancy hair and painted lips was her bulging belly. I had never seen anything like it. Her stomach stuck out so far that I thought that somehow she might have been concealing something enormous like a basketball beneath her loose-fitting dress.

As the lady, who looked no more than 20, wobbled toward the group, she greeted a teenager sitting on the top step. (Neighborhood protocol dictated that the youngest children sit on the bottom steps, the oldest people on the upper ones) The lady groaned as she climbed to where her friend sat. All the while, I couldn’t take my eyes off her huge stomach. I was speechless.

Finally, when the lady was seated, I whispered to my sister, “What’s wrong with her? Why is her stomach so fat?”

So I did. And what a shock I got. “I swallowed a watermelon seed, and now I’m gonna have a baby. It’s growing in my stomach,” the lady said.

I could hardly believe what I heard. I asked, “You mean a baby comes from a watermelon seed?”

Hence, on that day and for the next few years I refused to eat watermelon. I feared germinating a baby inside my wee, wee belly.