Power to the People (Carolyn, Frances, and Ann)

Last Thursday was the first day the Philadelphia Dramatists Center's Constitution Class came back since its summer break. Last Tuesday was National Voter Registration day, an important holiday with the municipal elections coming up in November. While we won’t be voting for Presidential candidates until 2020, we will be voting on State Representatives, state courts, city council members, Philadelphia’s mayor, and Pennsylvania legislature. Older buds Frances and Delores are very involved in Philadelphia politics, older buds Norman and Mike served in the armed forces, older buds José, Philip and Eleanor immigrated to the United States,  older bud Ann’s childhood home was sold to the parents of New Jersey Senator Cory Booker, and older buds Elliott, Loretta and Joe have extra accommodations due to disabilities. We all have a stake in the upcoming elections, so it’s important to make sure you’re registered to vote. In Pennsylvania it’s especially important to register for a political party or you can’t vote in primary elections. If you haven't already registered, you can do so here. 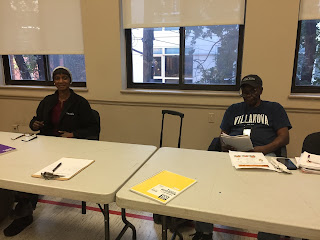 You loyal readers already know Best Day's all about amplifying the voices of the unheard, so here's a few stories from our older buds. And when you're done, share the link with some friend: 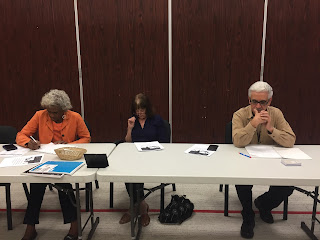 Carolyn Boston
March 21, 2019
The Kindness and Goodness of Human Beings

I used to complain continuously to God about having to use my cane and the struggle I had when I had to take a bus or any other form of local transportation. Crossing a city street (Market Street, for example) was fearful for me and I dreaded having to cross it. Then, I experienced such kindness from people all ages, all ethnicities, that fear left. There has never been a time when I needed help getting off the bus, crossing streets, or going up and down steps, or dropping my cane or opening doors that someone would [not] help me. There were people who would stand in the middle of Market Street and stop traffic until I crossed to the curb. Handsome men, SEPTA drivers, merciful women, teenagers, diverse human beings with big hearts filled with compassion.
I’ve met so many kind and helpful people that I am in awe as everything I’ve experienced -it’s mind-boggling! When someone says people are “mean” these days, I disagree wholeheartedly. Goodness and kindness reign supreme.

My life has been filled with many events that have opened my eyes to see what I never imagined as a problem.
There are people who are very concerned about what others think about them, and how that affects them in their daily lives.
Example: On an occasion when we were standing in a room, where other people were gathered, we were talking and laughing about something of no consequence. She stated, “They are probably wondering what we are laughing about.” Although, they, the other people were engaged with peers. I replied that they are jealous, that they are not having a good time as we are having.
Example 2: We were together and the room was cool to her. She had a sweater, but when I asked why she did not put it on, she said, “No one else is wearing a sweater.” I reminded her that perhaps they were not cold and that it was better to rely on her own body temperature rather than others. That other people probably did not use their time wondering about things and events that concerned others.
I hope she will not continue to worry or be too concerned about the thoughts someone may be thinking. I am aware that it takes a long time to rethink what has become a part of one’s life that does not serve them well.
I never asked her how much time she spent thinking and worrying about others because from previous conversations, [I bet it would be] more time than I wanted her to tell me.

When my parents became empty-nesters, they happily moved into a high-rise apartment in Hackensack, N.J. where they were suddenly free of house repairs and yard work.
The apartment building had a wonderful doorman named Herman. Herman was in his sixties and spoke with a heavy Polish accent. Regardless of the weather, he was there every day with a smile on his face. He knew the names of every inhabitant of the 100-unit building including children, babies, and pets. On holidays, Herman took great delight in decorating the floor plants and lobby with white lights. He also wore a flower in his lapel and corresponding holidays hats. A jar of lollipops for the humans and a jar of milk bones for dogs was a permanent fixture on his desk. I was in college at the time and only saw him on school vacations and long weekends. He always welcomed me with open arms and wanted to hear all about college life in Boston.
During one of our conversations, he happened to list his arm as he was speaking and I was stunned to see tattooed numbers on his inside wrist. I knew this was the hideous ID mark of a concentration camp survivor. He quickly pulled his shirt sleeve down and went on with our conversation.
Later, I told my mother what I had seen and asked her if she knew more about it. She confirmed that he was indeed a Holocaust survivor and lost his wife and children in the camps. When she asked how he was able to go with his life in such a positive way, he said that he now considered himself lucky and thought of the apartment building as his home and the people in it as his family.
He believed that part of his job was spread kindness in an effort to combat the hate he had withstood first hand. Lately, I’ve thought of Herman a lot as I visualize him humming and dancing down the hallways. He still makes me smile and gives me a reason for hope. 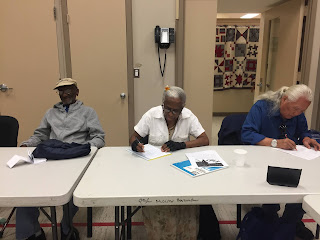 Everyone's voice deserves to be heard. Use your time to talk to the older buds in your life. Send us their stories through this form. And if you want to do more to end senior isolation, click here to participate in our tenth anniversary celebration, Friday November 8th, 10AM-4PM. Or if you’re looking to bring our storytelling experiences to your workplace, check out our lunch and learn. Later, gators. 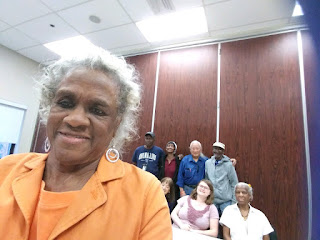