My name is Caitlin Cieri, and I've been the Lead Facilitator the the Philadelphia Senior Center's Best Day workshop for three years. I'm going to get personal on this post and say Black lives matter. Black lives matter because many of PSC’s storytellers are Black. 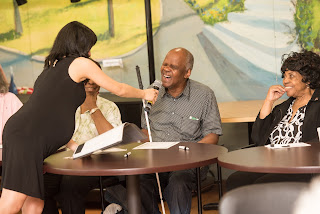 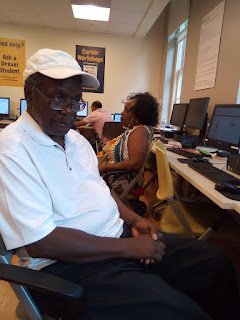 Black lives matter because Joan’s church did more to protect her from her husband than the actual police. 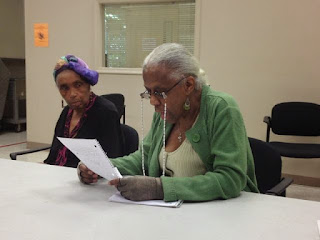 Black lives matter because Elliot wants to know why he has no home country. 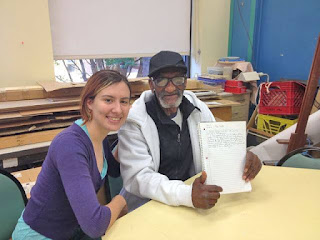 Black lives matter because even after the doctors' offices took down the "Colored" and "White" signs Frances’ father always stayed in the "Colored" waiting room. 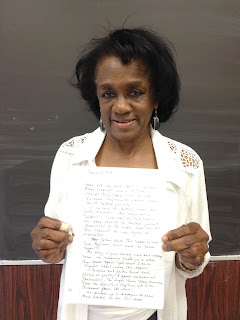 There's a lot of people who don't think Black lives matter. They also think José should be kicked out of his home, that Nouria should never come back to the United States of America, and that COVID-19 is all Philip's fault. 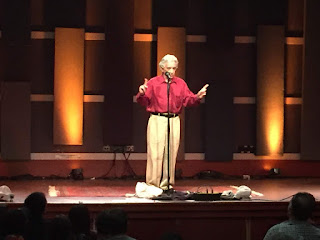 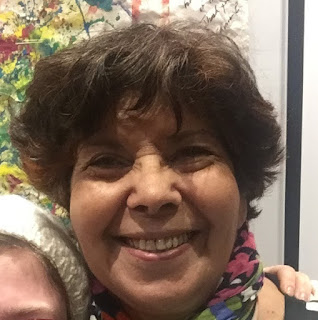 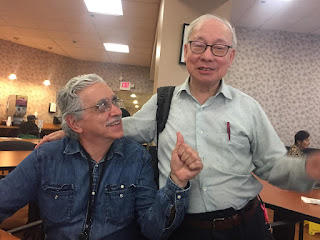 These are just a few reasons why I say Black lives matter, but this blog is full of hundreds more.
But you know the older buds of Best Day's lives matter, and you know their families' and friends' lives matter. They're great storytellers, parents, spouses, volunteers, veterans, friends and pillars of the community. But most importantly, they're human beings who have the right to life, liberty, the pursuit of happiness, and a life free from prejudice. 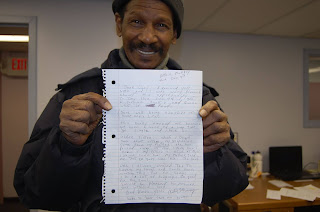 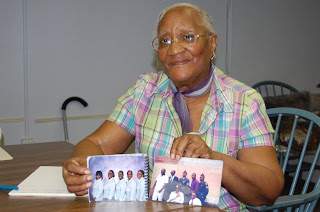 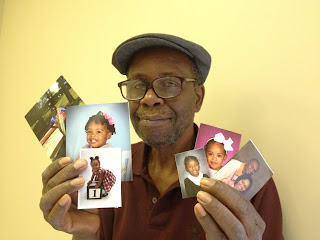 The Best Day of My Life So Far is a nonprofit that supports older buds, many of whom are People of Color, and I'm proud of what it's done. But I want to do more, and I hope you do too. If you're in Philadelphia, the Philadelphia Senior Center has always supported older People of Color through all sorts of activities, including free and discounted meals, grocery delivery, and housing. Also, check on the People of Color in your life, whether they're younger or older buds. These are hard times, and they need your support. Share these stories on your social media page, and put the older POC buds in the spotlight. There's plenty more resources out there for people who believe Black lives matter, and some of you have already found them through Google. 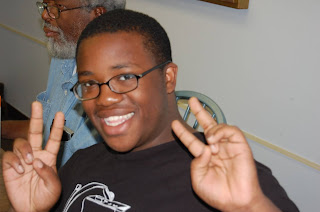 And finally, click the links above if you haven't already. There's some great stories in there. If you're looking for more stories to read, I've posted a few below for you: 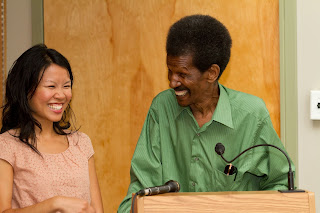 
The involvement in my daughter’s wedding was a period of happiness, that brought me great day. She met a young man at work and they became friends, he was from St. Louis and finally returned to his hometown after a couple of years. They kept in touch by phone, she related to me after he had been away that he was returning to Calif. They again begin to renew their time they had before he left Calif. which grew into an engagement and then planning to get married.


I accompanied her when she selected her flowers, wedding dress and the site for her wedding (on a boat) it was a small wedding with her intimate friend, and my best friend that all attended college which made the event even special, since she (my friend) was my daughter’s godmother.


A wonderful memories that still bring joy to my heart when I look at the picture, from her wedding and remember what fun it was for me to be involved in her marriage event. I have said if I could invent a son in law he would be my model.


This date they have a very loving relationship for more than eight years.