The other day, I read an article about how the anti-racist reading lists shared on social media are a good start, but we should also be reading stories by Black authors about Black people. And not just stories about racism or slavery or The Struggle, but stories about Black people living. And to quote Nic Stone, the author of that article "Because the more we see Black people living—loving and doing and being and feeling and going on adventures and solving mysteries and being the heroes—the more we come to recognize our shared humanity."
Nic's article was about the need for more YA novels written by Black authors for Black readers, but that message applies to non-fiction too.

It's way too easy to think that Black culture is just fighting against racism and prejudice and institutions that are stacked against them, but it's also eating, nine-to-five jobs, lazy Sunday afternoons, trying to find a Netflix show the whole family wants to watch, falling in love, catching up on their reading, making sure they didn't forget their keys, reminiscing about their childhoods, arguing over the best athletes of all time, phone conversations from people they hadn't seen in years, and just living life.

So I've collected a list of stories about our Black older buds living their lives. You can rad three of them below. We've got plenty more in the archives too, so take five minutes to read through a few pages of our posts.

Before I retired, I would take care of my business for the week on a Friday morning. Afterwards, I would go to the Reading Terminal for breakfast. I ate at the same lunch counter for breakfast for ten years. Every Friday morning, that is. I soon became acquainted with one of the city officials. We ate breakfast together for ten years at the Reading Terminal. He was very subject-oriented and I caught much insight into different things that were going on behind the scenes of the city. When he told me that he was retiring in two weeks, I was glad for him and sad for myself because, for me, I was going to miss his insight and conversation. He had such a wonderful attitude. I thought that had concluded the Breakfast Club.
However, that was just the beginning of a new breakfast club. I moved from the Dutch counter to the crepe counter for breakfast. There I met Craig. He voiced interesting topics and one of our discussions I learned that he was a photographer. We continue to converse and I learned he was a city crime photographer. He worked for the city, photographing crime scenes. After several weeks he told me he would be retiring. Now, when I turn the corner and look in the direction, the other city official along with him are no longer there. I learned from the server she too missed them. And she named them the Breakfast Club. 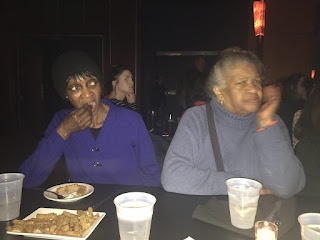 I miss going to the Imperial Inn for dim sum.  Imperial Inn was on north 10th street in Chinatown.  The Imperial Inn unfortunately closed after 45 years, and the owner retired, and his son was no longer interested in taking the business over.  For those who don’t, or haven’t had an experience with dim sum, dim sum is comprised of small Cantonese dishes served with tea.  It consists of a collection of pleasing and sweet tastes from a variety of steamed and fried buns, dumplings and rolls.  My favorite dishes were the fried calamari, the pork buns, the pork shu mai, and they were the most delicious ever.

Dim sum means “from the heart” in Chinese and it originated from small Chinese houses, were made for merchants that were traveling. And they added small dishes of snacks and provided tea for them as they went on their way.
I was introduced to dim sum when I was living in northern California, and my friends and I would plan to partake in dim sum at least a couple times a month.  When I returned to Philadelphia I tried to find a restaurant that had dim sum. Fortunately, a coworker of mine loved dim sum, so we ventured out to the Imperial Inn. And a friend of hers had told her that the Imperial Inn was really good and that they served savory dim sum dishes.  When we went we enjoyed the dishes, and were hooked!
So throughout the years we had gone to the Imperial Inn and enjoyed ourselves immensely.  I truly miss that wonderful establishment. 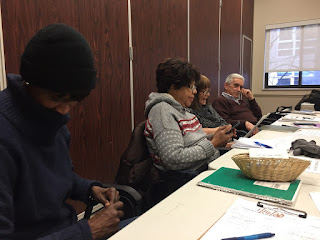 I was having a very, very rough time trying to find out a good day within this quarantine period as people were speaking, but fortunately I found the place. It was more than three weeks ago before the pandemic became “panic-demic” and ,y daughter called me to come over. She always wants me to come over and stay a couple days and she wants me to stay longer than I really want to stay, but she’s a momma’s girl and she is the only child so I came! When I got there, everybody had a mask including myself but we were not social distancing. Everybody, when I say everybody it included my daughter, her husband, their son, my niece who they adopted, both out of college now, she just graduated, my godson who is a fully grown man has no children of his own and he went to his sister’s which is my daughter because he was moving from one state to the other and he didn’t have an apartment. And my niece brought a pal from college with her.
So this night, my daughter said “We’re having a card party,” and she knows that I do not how to play any card games except “I Declare War” and “Pitty Pat” from the 1950’s, so they were gonna teach me. But I looked around this table as we were playing the cards and I brought hummus and pretzels and everybody was getting their own dip from the hummus and getting their own pretzel place. So we began to have this, we had a beverage, I think it was lemonade and I think some of them had more in the lemonade than just the lemonade. But they were having a good old time, so I said, “Look at this guys! How is it that through this awful, awful time that everybody that I love the most be sitting around this table?” We took our places, I don’t want you to think we were careless, while we stayed there for three days. Everybody had a place in the house that was different from somebody else’s place. They only two people who stayed together was my daughter and her husband. I just felt so grateful that I really get that, that we’re all together at one time, and this place and this time was chosen out of all places and times for us to be together. And in the last two months, that’s maybe been the only real happy time I have had because I have had an awful time adjusting to this. I need people, I want people, I’m definitely am a homo sapien because it means a lot to me, and so God gave me what I asked for. I needed it in perilous times, I need it in regular and good times, so this is a comment of thankfulness that I did have a wonderful feeling during an awful time in my life, something I have never experienced in my entire life. I am now seventy-one and I have seen a lot of things, but I have never seen this, but how good is this gratefulness?