This last month has been a whirlwind...or should I say blizzard? We’ve that big snowstorm during the first week of March, and it feels like we’ve had a snow day a week afterwards. March came in like a lion, but it ate the lamb. But March has also been a blizzard of activity for the people of Best Day too.

Joan’s rehearsing for yet another concert, Eugene’s selling his book on Amazon and Barnes and Noble, Norman’s setting up a symposium for W.E.B. Du Bois, and Nouria is in Morocco catching up with her family. And on top of that, Easter, April Fools’ Day, and Passover are just around the corner. So here’s a story to warm your soul, if not your body. 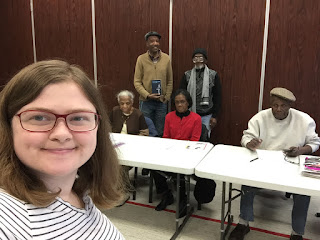 The other day I complimented a lovely lady on her attire which reminded me of a sailor suit. It caused me to remember the US Navy sailor hats which were popular for all ages of boys and girls and men and women.

A round hat with a rim that could be pulled down in cold weather, it was a year-round companion. We used to fold the hat to form an imitation football which could be thrown to each other in the street; touch football games which could be very competitive. Sometimes it was legal to use parked cars as obstacles to the defenders. We took timeouts for the rare passing cars.