I don't usually talk about myself on this blog, because the focus is on the older buds; but every rule has an exception. Last Saturday, I joined a 24 Hour Playwriting competition where 6 groups have to write, rehearse, and perform a short place within 24 hours. I'm a member of the organization that sponsored this competition, so I knew how important ticket sales would be to the future of this event. I asked everyone I knew to come to this play: friends, family, co-workers, even the older buds and volunteers of Best Day. I knew that not everyone would make it, but imagine my glee when I saw none other than Dolores Wilson and Michael M. Tsuei! And they each brought one friend! And she got me this beautiful bouquet for the show! Best Day Volunteer also showed up for the show, so naturally I started taking senior selfies! 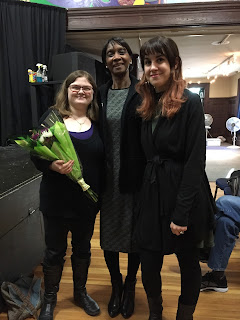 As a thank you to both of them, Mike and Dolores' stories will be in the spotlight this week, along with Elliot Doomes. I've included Elliot in this week's post because both he and Mike have asked me to feature their stories on this blog so their families can read them. Ask, and ye shall receive. 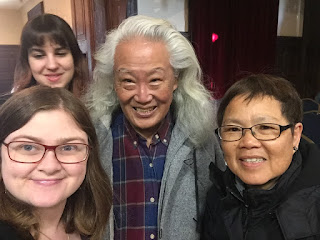 Recently in the world news, most talk about the Catalonia State. Declare independence from Spain. The Constitutional Crisis in Spain had shaken the common currency and his Spanish stock and bonds. I am today against the idea of Catalonian-self declare the independent with no policy for after the independence. The economy, mentally, socially, how to take care of their so-called counting Catalan President Carles Puigdemont said earlier he would ask the regime’s parliament to declare independence following the poll, which the Spain government own Constitutional Court say was illegal and in which only a minority of Catalane voted; in fact only 42% vote out of the population. Even 90% voted ‘yes’ for separation from Spain but 58% did not vote for independence from Spain so by my opinion, it's very wrong for any group of people and any areas fill to point from the country should never be allowed for the inside, the Puerto Ricans have been asking for independence from US group Seperator. Trying very hard to get their ideas thought the people, how after the recent financial crisis, Puerto Rich facing bankruptcy. Now the several hurricanes hit the island very hard, 95% of fields and the power facility all wiped out by the hurricane. Now, Puerto Rico said the US did not help them like they did for Texas and Louisiana, no one talks about independent instant majority people want to join the US to be a statehood so centuries of change with circumstant change. When the reality hit you right on!! 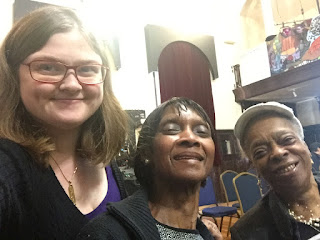 I’m in awe of the artifacts that I saw at the American African Museum. I was taken back to the future.
The story of our journey to America and in America, was empowering for me.
Once again, I was reminded, no person, place or thing, defines who I am, but God. It witnessed many diverse attendees that were captivated by what they hear and saw.
I feel a need to revisit the museum again to embrace the beauty of our Black history. 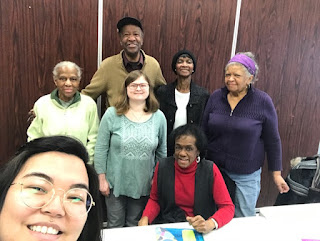 Thank you so much to everyone supporting me, this blog, and The Best Day of My Life (So Far.) We couldn't have done it without you!
Curated by Caitlin Cieri
Newer Post Older Post Home