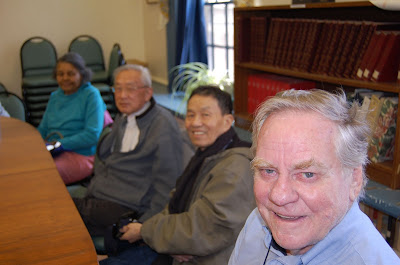 You know what I like? When a senior tells a story and several months later I hear another story that brings me back to the same place, or to the same time. I just think these two of Mo’s stories together make the world seem so big and so small at the same time. As small as the payphone in Dan’s shop, and as big as the social dynamics between the North and South Sides. What I like even more, is that the people in these places tend to linger on in my imagination. Dan, whom I will probably never even see a photo of, feels to me like one of the warmest and most wonderful men I ever knew, too. Weird, I know. But I am so attached to all my senior buddies’ stories. I get carried into them every time.

When I was 7 years old, we moved into an apartment on top of Dan’s Barbershop in the middle of hill near the railroad bridge. The bridge divided the town- on the one side was the North Side and on the other was the South Side. The whole town was half a square mile and it was the smallest borough in the United States.

The apartment was my 8th address in the town since my parents had brought me home from Jefferson Hospital in Philadelphia. I was born on June 21, 1931.

Dan, the Barber, was one of the warmest and most wonderful men I ever knew. I called him Uncle Dan.

There was a pay phone in the shop my parents were allowed to use after the barbershop was closed. We lived for ten years until Dad and Mom bought a house in October of 1952.

The Irish have a saying: “It’s easier to move than pay rent!”

Railroad tracks and a train station divided the town into North and South sides which created team sports rivalries. The south side had no stores or row houses and more large single homes. Less car traffic allowed for touch football and tennis ball variations of baseball in the streets.

By the time we got to 7th grade and the summer before we noticed many pretty girls on the south side, most of whom went to public school and wore more attractive clothes.

Thoughts of hugging and kissing were invading our heads but most of us Catholic school boys were shy procrastinators.

Things were WARMING UP!!