Last Sunday was Día de Muertos, the Mexican Day of the Dead Celebration. It’s a time to celebrate the lives of our deceased friends, family, and loved ones through food, offerings, and sharing their best stories so they will be remembered with joy instead of sorrow. One of the most important aspects of Día de Muertos is passing stories and traditions to younger generations, and older bud José did just that for a friend of mine. 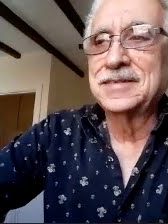 Denise W
10.25.2020
I’m Not Going to Have a Sad Day
Well basically next Wednesday, October 14, would be six years that mother went to be with the Lord, and so I’ve decided to celebrate this year with things we did that were fun. I’m going to try to put in my heart that I’m not going to have a sad day. Why would I have a sad day? I want to remember my mom and I want to remember the fun things we did. And one thing she loved to do was to travel. We spent a lot of time in New York. She also loved plays, Broadway plays. So she said, “Denise we gotta get a ticket to Lion King.” I said, “Okay, sure.”
So I bought a ticket to Lion King in New York and we stayed at the Hilton Town Square because we arrived in the afternoon, we had lunch, and the play was at night. So she really truly enjoyed the Lion King, the music, particularly the song ‘He Lives in Us.’ She was singing it over and over and over and over. She saw that song from a very spiritual point of view. And another play we enjoyed was Aida. She loved Aida. Aida was very different. We did see that here in Philadelphia. I think it was Walnut Street if I’m not mistaken. Then we saw Beauty and the Beast. She enjoyed Beauty and the Beast. We also saw concerts such as there was a lady could sing like Mahalia Jackson, and so the play, I think it was called ‘Mahalia,’ so we went to see that in person. James Cleveland was another gospel singer that she loved and I loved. We went to see that play. We also saw most of the plays in Lancaster, PA. Lancaster, PA Sight and Sound Theater, that has religious plays based on the Bible, so we enjoyed those plays too. But, next Wednesday is the anniversary, it will be six years.
One thing we did, I’m originally from West Philadelphia, and when I was a young lady, about six or eight, a little girl, we would go to a place called a Jamaica Inn in West Philadelphia. There we would have my favorite meal, which was egg foo young. While dining there, I would hear in the background Diana Ross’ music. Diana Ross for example the song ‘You Can’t Hurry Love’ and that era. Diana Ross- I mean the Supremes. That was before she became Diana Ross. So, I decided, long story short, to recreate next week. I want to have egg foo young, and play Diana Ross on YouTube and then maybe play some of the music from the showtunes of Lion King, Beauty and the Beast, et cetera and Aida of course. And I thought I would remember her in a way that was uplifting and just kind of recreate some the things that we did and enjoy. And I guess that’s what I love about my mother. She was always going to, I mean she always took me to Ice Follies when Ice Follies were popular, a circus when a circus was in town. Whatever was in town, or the zoo, of course we went there a million times, but whatever was in town or a play or some cultural event, my mother would be sure to take me. And I enjoyed that part of her, and that’s the part of I want to recreate next Wednesday, God willing. That’s all.
If you want to transcribe for Best Day, then email us at info@bestdayofmylifesofar.org. You can also share our older buds' adventures by donating to Best Day, subscribing to our newsletter, sending a note to our older buds, or following us on Facebook, Instagram, and Twitter. And if you know older buds who want to celebrate their friends and loved ones, then you or they can submit them through our portal right here. We're especially interested to stories from Black older buds, but we're always looking for stories from older buds of color, older buds with disabilities, LGBTQIA+ older buds, older buds of any gender or sex, older buds of any religion, and older buds who just plain break the mold.
And don't forget to maintain contact with the older buds in your life. If you can't be there in person, please call them, email them, or message them on social media. And if they're using teleconferencing or remote events for the first time, give them a call and help them set things up. Check in on them to see how well they're getting used to these programs. Buy them a computer or an internet package if they don't have one of their own. It's a human right, after all.