Running For your Health (Eleanor)

Philadelphia’s already starting to lock down gyms, pools, community centers, and restaurants, which means we’ll need to discover alternate ways to keep ourselves happy and healthy. We’ve had an unusually warm Autumn, which gave us extra time to take walks, dine outdoors, and have open-air socially distant functions. But the weather’s getting colder, and the heat lamps that once promised untold months of al fresco dining are being scuttled inside. Can we keep up with the fresh air and fitness routines that kept us physically and mentally healthy?

Perhaps we can take a hint from the humble jogger: up and running at the crack of dawn during sunny days or rainy days or heat or snow or sleet. All before the pandemic, even.  One particular jogger will be featured in today’s story: older bud Eleanor’s mother. In fact, she was one of the first people to start jogging for health. Read the full story below: 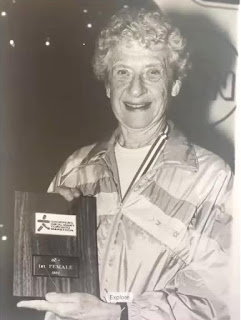 If you want to transcribe for Best Day, then email us at info@bestdayofmylifesofar.org. You can also share our older buds' adventures by donating to Best Day, subscribing to our newsletter, sending a note to our older buds, or following us on Facebook, Instagram, and Twitter. And if you know older buds who revolutionized physical fitness, then you or they can submit them through our portal right here. We're especially interested to stories from Black older buds, but we're always looking for stories from older buds of color, older buds with disabilities, LGBTQIA+ older buds, older buds of any gender or sex, older buds of any religion, and older buds who just plain break the mold.
And don't forget to maintain contact with the older buds in your life. If you can't be there in person, please call them, email them, or message them on social media. And if they're using teleconferencing or remote events for the first time, give them a call and help them set things up. Check in on them to see how well they're getting used to these programs. Buy them a computer or an internet package if they don't have one of their own. It's a human right, after all. 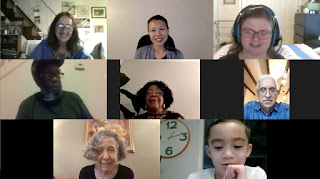