A few weeks ago, Liz had read a story about her time working at a children's hospital. She had mentioned that some of the children were some of the very first patients to receive open-heart surgery before it became a mainstream medical practice. I remembered learning in school during Black History Month about Daniel Hale Williams and how he was one of the first to perform a successful open-heart surgery. I've always been grateful to him because his work added nine years to my Gigi's (grandmother) life. This story's a bit sad, especially if you've had kids who had to be hospitalized, but we don't shy away from the heavy stuff at Best Day. Sometimes the best day of your life is when you can talk about one of the worst days of your life. 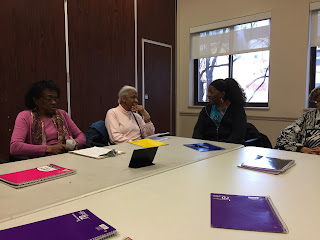 After high school graduation - A Children's Hospital hired me as a ward clerk in 1959. Never had experience with small children, not even as a babysitter.
The hospital, small, halls dark, even during the day beds filled with children in critical + alarming situations.
My first shocking encounter with a boy of 5, walking the halls with a swagger in a bathrobe, loosely knotted, a mustache and a deep voice, coughing with a smoker's cough and approaching me for a cigar. Another beautiful little boy of 3 crying in his crib, crying for food, I couldn't help but go to him, and pick him up in my arms, rang for the nurse and ask her to feed him. She snapped at me and said - He had his meal.
Later, that evening, the child still crying for food, I went into the utility room + prepared cookies and P-nut butter. He inhaled, the food. The child's stomach was distended but his body was extremely thin, giving the experience of starvation - his brain never told him he had enough to eat, therefore he was always hungry.
On the ICU floor, there were child patients, with burned out stomachs from - drinking cleaning fluids, child physically abused.
Some patients appearing to be OK, they looked OK, but had bad severe heart problems.
Oh yes, I became very attached to the children - True I would depart, leaving my shift, returning the next day. Some had departed, learning that "open heart surgery," brand new procedure, that in 1959 had not been perfected. These angels who perished open the door to the saving of lives of future heart patients who survived.
My experience with the unsung heroes of the open heart surgery, perfected in 1965 with minimal fatalities. 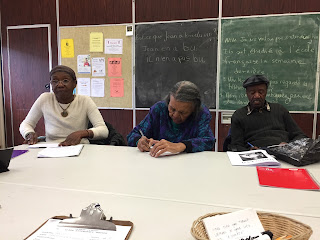 Shortly after she finished reading this story, Liz had made sure to clarify that there children were not guinea pigs in medical experiments. These were kids and parents who had run out of other options and met doctors who would try anything to save a life. I'm grateful that these children were willing to give this new procedure a try, and their doctors cared enough about their patients to pay attention to what went wrong and turn open-heart surgery into the life-saver it is today.