September 11th rolled around a few days ago. It was one of those days that changed the course of American history. I don't just say that because of the planes crashing into the Twin Towers and the war that followed. I say that because of the immediate increases in airport security measures, the swelling Islamophobia, and all the people who lost friends and loved ones and are still recovering from that. We stopped taking our safety for granted: both terrorists and our own government could sneak in and destroy our lives. Sixteen years hasn't eased our fears; only gave us more reasons to be afraid. 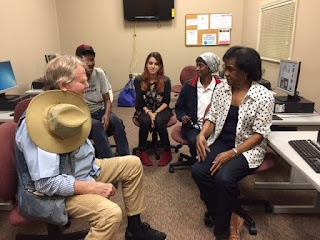 I want Best Day to be a safe space, so I encourage our older buds to write about anything that's on their mind; especially the scary stuff. I want them to know that we are here, we are listening, and we want to help. So I want you, dear reader, to do something for me. If you found this on my Twitter or Facebook, please share this with one other friend in your network. If you went straight to our website, go to your social networking and share this link. I want the whole world to read these stories, but more importantly I want the world to say "These stories deserve to be read."

After watching the documentary "City of Ghosts" I reflected on the freedom of speech that we have in America. When Isis invaded Aleppo, Syria, and took over they killed anyone that was a threat to them. The journalist of that century was forced to leave and go into hiding. They left their friends that would keep them informed from the inside of the country. They provided them with films and pictures. The members of their family were persecuted and killed. In the film they show the journalists grieving for their loved ones. They felt compelled to continue to get the truth out there.
Now let not the people of America allow the power to be kill our freedom of speech here in America. 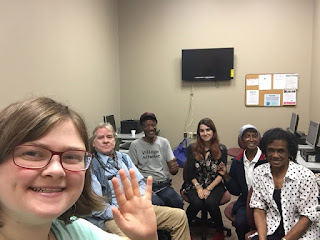