It's been eight years since the first Best Day workshop, where Benita met her first four older buds in the basement of the Philadelphia Senior center. Though it started as a 6-week personal project, The Best Day Of My Life (So Far) has blossomed into a national storytelling network and a staple program for the senior center in which it started. Recently, our founder and fearless leader Benita Cooper hosted a regional storytelling event in Erie, for the NW Pennsylvania region, sponsored by LIFE-NWPA. Not only did she get to share video footage of our original group and meet with Erie's storytellers, she was also interviewed for news stories in CBS and NBC. 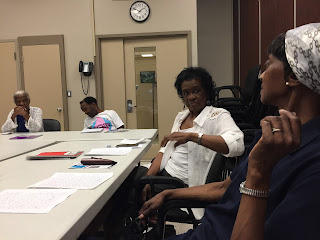 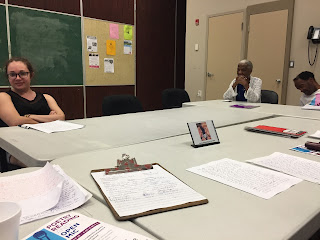 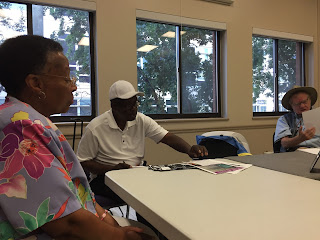 It's only appropriate that last week's session involved a little reminiscing. Our older bud Norman brought in some photos for a prompt for his other storytelling workshop. He passed the photos around, which included one from a much earlier Best Day workshop, a few black and white ones of his grandmother and first cousin, and a modern one of his mother with lasers in the background. And of course there was one of Young Norman himself, dressed up in his best Sunday suit. 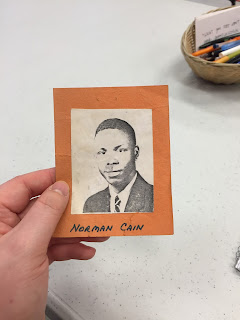 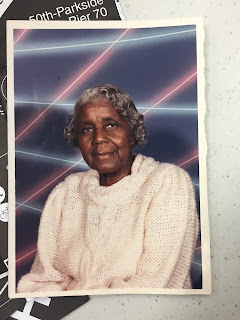 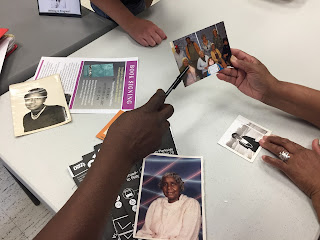 In honor of Best Day's 8th Anniversary, here's a story from one of our first ever older buds, Ernestyne. 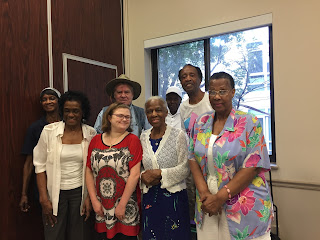 Good afternoon everyone: welcome to the inner chamber of my life.

My name is Ernestyne Whiteside Bush, and I am not related to our ex-President, George Bush.

(Benita: That is what she wrote. In paranthesis. She showed me. When she showed me, she wasn't smiling. She waited till I smiled, and then she beamed.)

However, I was born in Chattanooga, Tennessee near Lookout Mountain, which is noted for three mountains easily obtained from a short distance.

This area is my mother's area where her family lived. 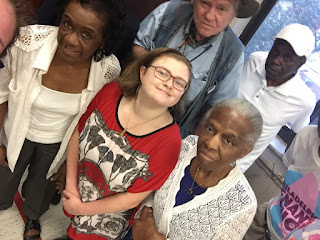