It's been tradition for us at Best Day to take a senior selfie during every class. I love how casual and fun selfies are, and I love getting a picture of everyone's smiling faces without having to grab someone from another room or office to take our picture. It's been six months since I've started managing this blog, and the selfie's become more or less my trademark. 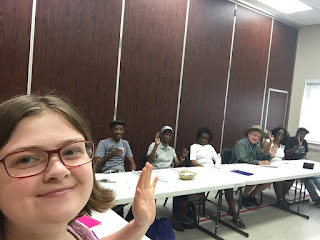 I went up to York a few days ago for their Yorkfest Fine Arts Festival, and I saw a man named William Lewis exhibiting his illustrations. One of them was of two seniors taking their first selfie together. 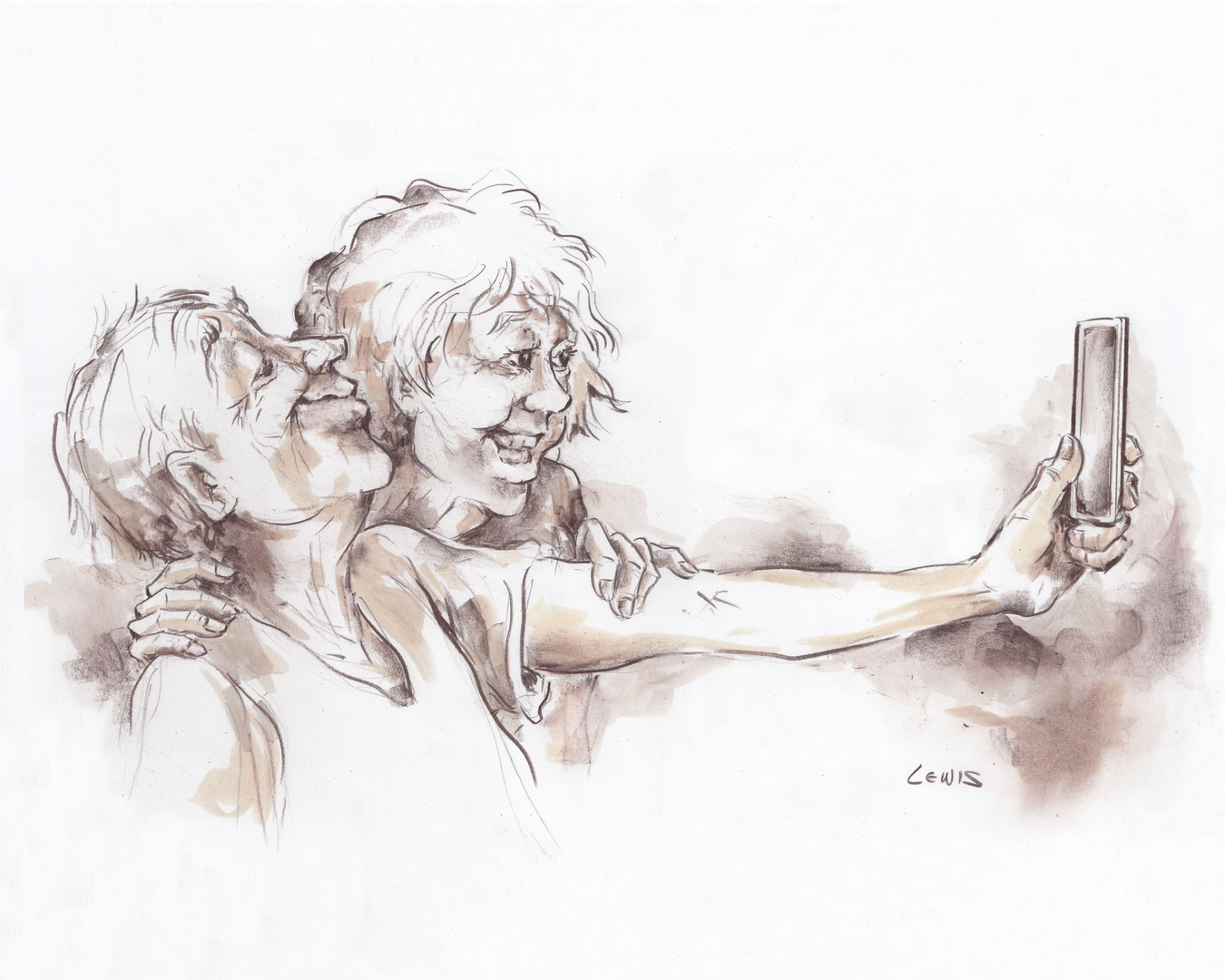 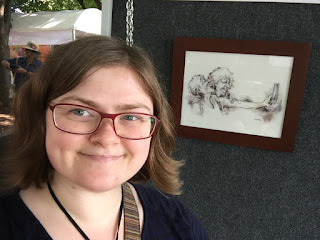 
Eugene Charrington
8.10.2017
Will I spend my last days in Philadelphia?

It was the very end of 2016 when I left Brooklyn, New York for Philadelphia. I moved into a rooming-house on Pine Street, just of 52nd Street. My new neighborhood was unbelievably peaceful and convenient, the bust stop was at the corner and the subway or elevated line also nearby. The stores were around the corner on 52nd Street so my new residence was just about everything that my previous neighborhood in Brooklyn did.
At age 67, I must admit New York’s allure doesn’t appeal to me anymore: rude, cold people, high rents, gentrification, and police racial profiling. Make me view my birthplace as very undesirable. Philadelphia, on the other hand is affordable, the people are warmer and life is slower, not such a rat race like up there in that city.
Most likely I will spend the rest of my life here in Philadelphia. It’s a much nicer place.