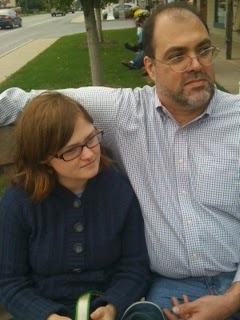 If you know Caitlin, one of our awesome facilitators, you know she adores her dad. In most conversations, she would mention him, whether it is something silly he did when he was young, or something fun they recently did together. For Father’s Day, Caitlin was inspired by Big Mo’s story “A Sailor Boy’s Sweetheart,” posted Here in 2012, to share a story about Dad and his brother Matt, and a story about Dad and his bud “J the Billionaire.” We hope you all get a kick out of these, and enjoy Father’s Day with your families! Mr. Cieri, I hope you know how much your daughter adores you!!

Reading “A Sailor Boy’s Sweetheart” made me think of the sorts of crazy things relatives do with each other…or to each other! This isn’t quite the same as a story about an uncle coming back from WWII, but I hope it’s just as fun as Mo’s. When my grandmother (better known as Gigi), moved from the city into the suburbs, my dad, his wife, and his younger brother Matt all moved in with her. Whenever Gigi went out or stayed late at work, dad and mom would keep an eye on Matt and make sure he stayed out of trouble.

Shortly after the move, Matt got grounded: no telephone, no computer games, and no leaving his bedroom until dinnertime. My parents came home that day to find him out of his room, playing on his dad’s computer, and talking on the phone with a friend. They were about to read him the riot act when they caught a snippet of the conversation: “I just heard a noise. I think this house is haunted or something.”
That’s when dad got an evil idea.

He started by shifting his weight from one foot to the other, making the stairs creak. Matt stopped talking and looked around the room. Hesitantly, he returned to the conversation, even more nervously than before. Then, dad gave mom a signal and she threw open a door, a woosh of wind cutting through the halls. The little brother blanched and sat straight up, “Okay, I KNOW I heard something that time!”

He left the room, phone in hand, looking for the source of the noise, the cord of the phone stretching out, more and more taut the further away from the room he was. Dad and mom jumped out, screaming “BLAAAAARGH” and Matt shrieked “AAAAAAAAAAAH” like a little girl, thrusting the phone forward defensively in his shaking hands. Dad looked at his little brother, then at the phone and said, “What are you going to do? DIAL me to death?”

In my experience, family friends have an odd tendency to have everyone in their family become friends with everyone in the friend’s family. My dad’s friendship with J, or as we like to call him “The Billionaire” happened much in the same way. Back in the 80’s my grandmother (better known as Gigi) worked for an ophthalmologist in Philadelphia and became close friends with another worker who I’m just going to call G; they were thick as thieves!

In ‘88, G was planning to move out of South Philly to strike out a better life for her son J. Only issue was, she’d be moving during the middle of the school year, and switching J from his inner city school to the fancy catholic school in Drexel Hill would have caused problems. But Gigi had the perfect solution: register J in the catholic school as her son’s brother-in-law!

Sure enough, G and Gigi got the paperwork sorted out, and J got into the school with the school board none the wiser. As far as they knew, J was my dad’s brother-in-law, and he ended up living in Gigi’s house in the suburbs. And J loved every minute of it! His own family was just his mom and his baby brother, so it was great living with Gigi, her husband, her three sons and her daughter-in-law. He went to school with my youngest uncle, but he really got along with my dad! When he came home from school and dad came home from work, they’d bring the Ping-Pong table out from the garage, into the living room and play a few rounds. J would crack jokes and give everyone in the family nicknames, like calling Gigi “Terrence.”

Eventually, G and J moved into the new house, just a few blocks away from Gigi’s place. Even though Dad and J weren’t “brothers-in-law” anymore, they’d still meet up regularly for game nights. This went on throughout my childhood and only slowed down once J got married and bought a home of his own. Even when he came back for a visit, both families would get together for some Balderdash and Trivial Pursuit.