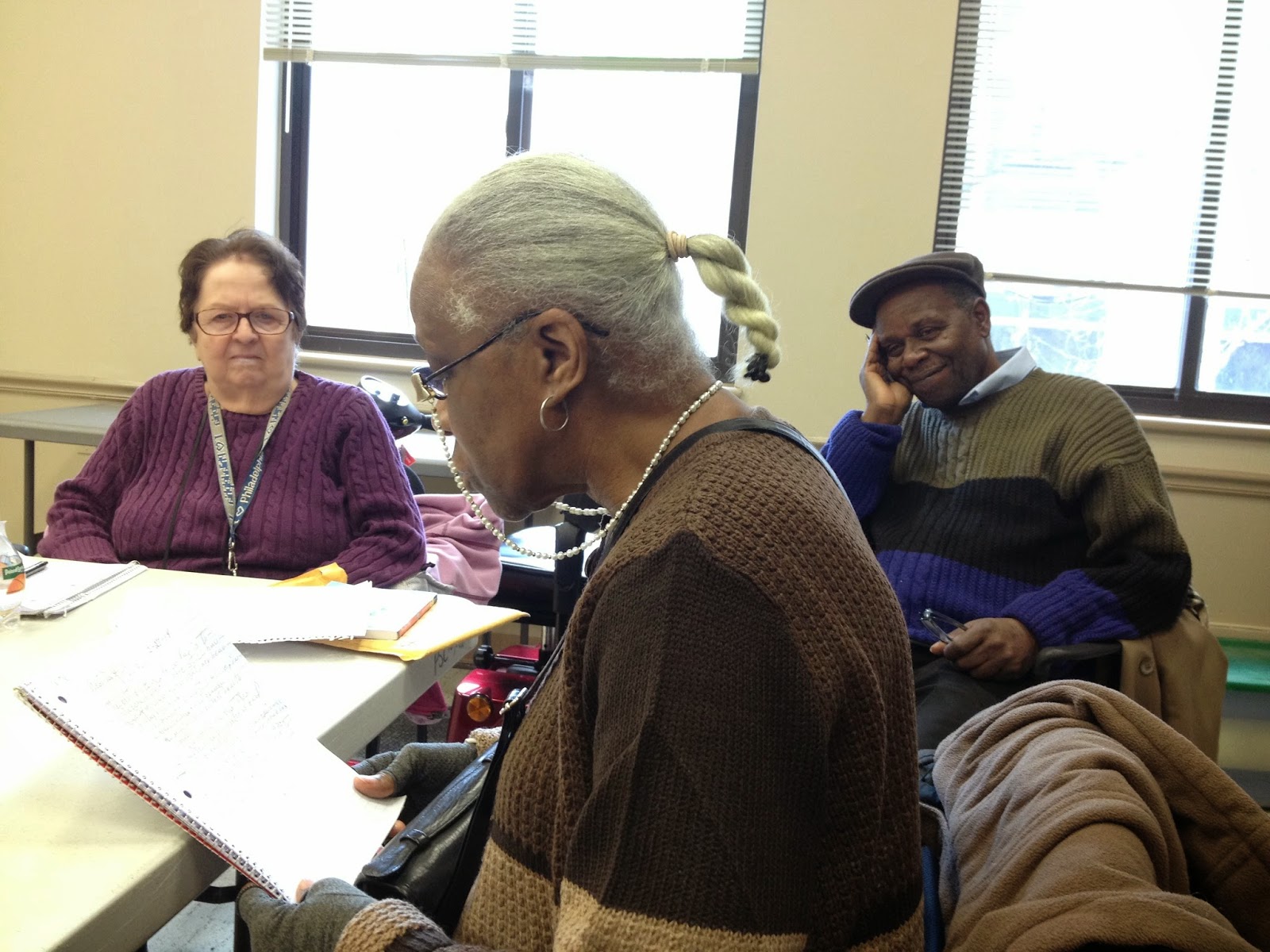 The mood in the group was brighter than the sun today. It was a Best Day kinda day. 23-year-old Caitlin, one of our dedicated facilitators, brought in chocolate covered licorice from her trip to Iceland. Gogo misheard and continued to joke that Caitlin must have put liquor in there, because we were so rowdy and having so much fun. 18-year-old Madi (who comes visit our group every summer and spring break since she joined in 2010) was there, and we joked that it felt like we were in a college dorm room.

Joan said we have spring fever. I thought it qualifies as summer fever because it’s hot outside. Joan said it’s not technically summer yet. Greta resolved the debate by saying we have the Best Day of My Life So Far fever year round. Greta is so right. Coming back from the group, and thinking about what to post here on the blog for you, I thought it would be fun to enjoy these “feverish” recent stories from Joan.

You know when I came to join the group today, I told Frances that I had no idea what to write about, and that's been happening quite often.

There was a strange scent in the room. When it was mentioned that Caitlin went to investigate where it was coming from, I in turn said that it was tar from the outside.

There were men paving a part of the street.

So I began telling how, as children in the neighborhood, when the work men came around to put tar on the roofs, we would take some fresh tar that had fallen on the ground and chew it.

I don't know where the story that chewing tar would whiten our teeth came from, but we believed it, that's why we chewed it.

Caitlin wanted to know how it tasted. The only answer I could give is that it wasn't the best taste nor was it the worst, it just tasted like tar.

The best day of my life so far is today. Why? Because I’m still here, still having the use of my limbs, my eyesight, my hearing, still in my right mind.

My children, (all six) are still alive, including my grandchildren and greatgrands.

Well all might not be in perfect health but we’re still here.

Isn’t it wonderful how God takes care of us and keeps us, provides for us, and protects us and loves us?

Snow in some ways may inconvenience us and we complain but just remember troubles and inconveniences don’t last always.

Be grateful that we are here to meet together as a group, writing and expressing our thoughts and feelings.