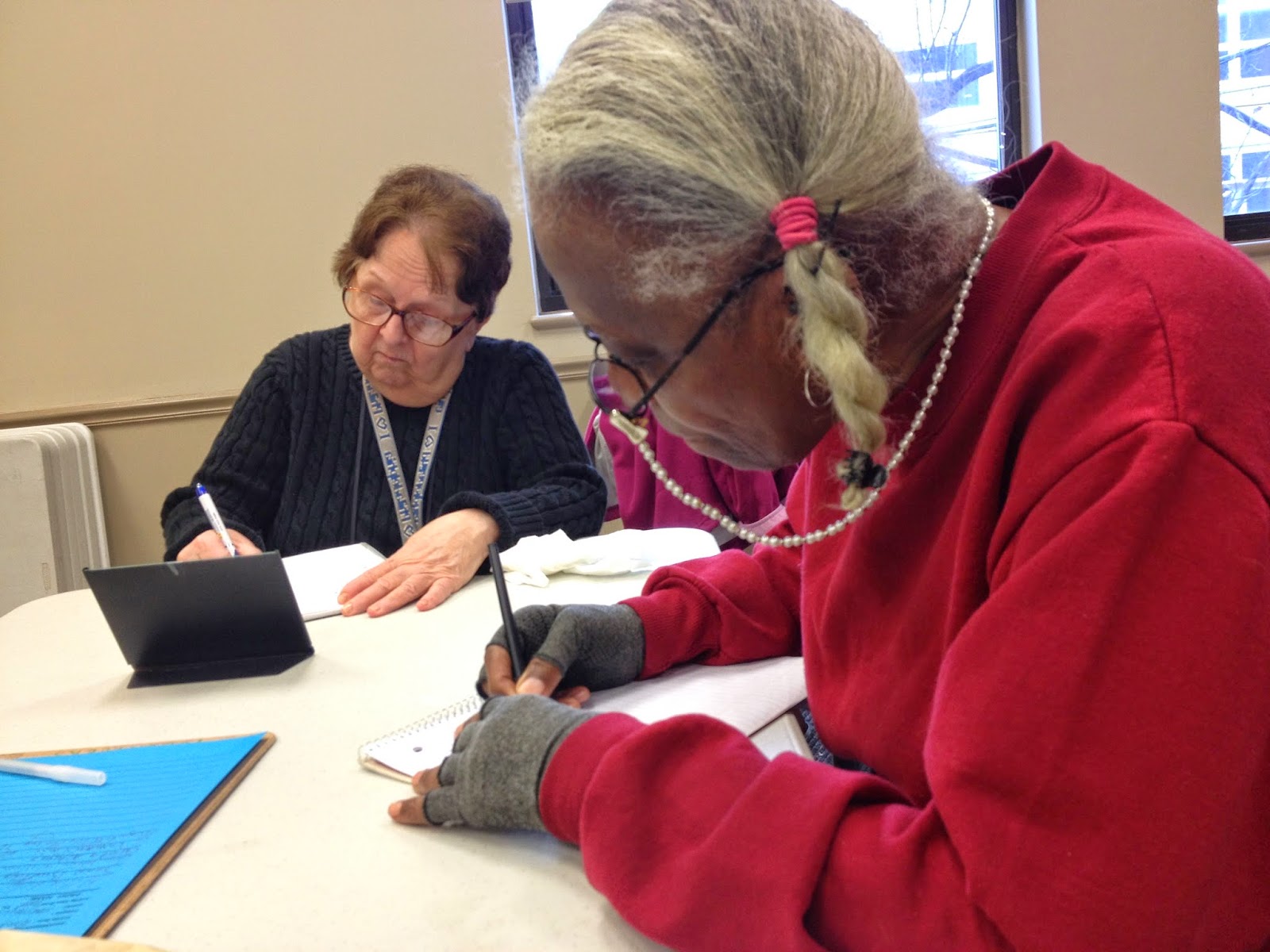 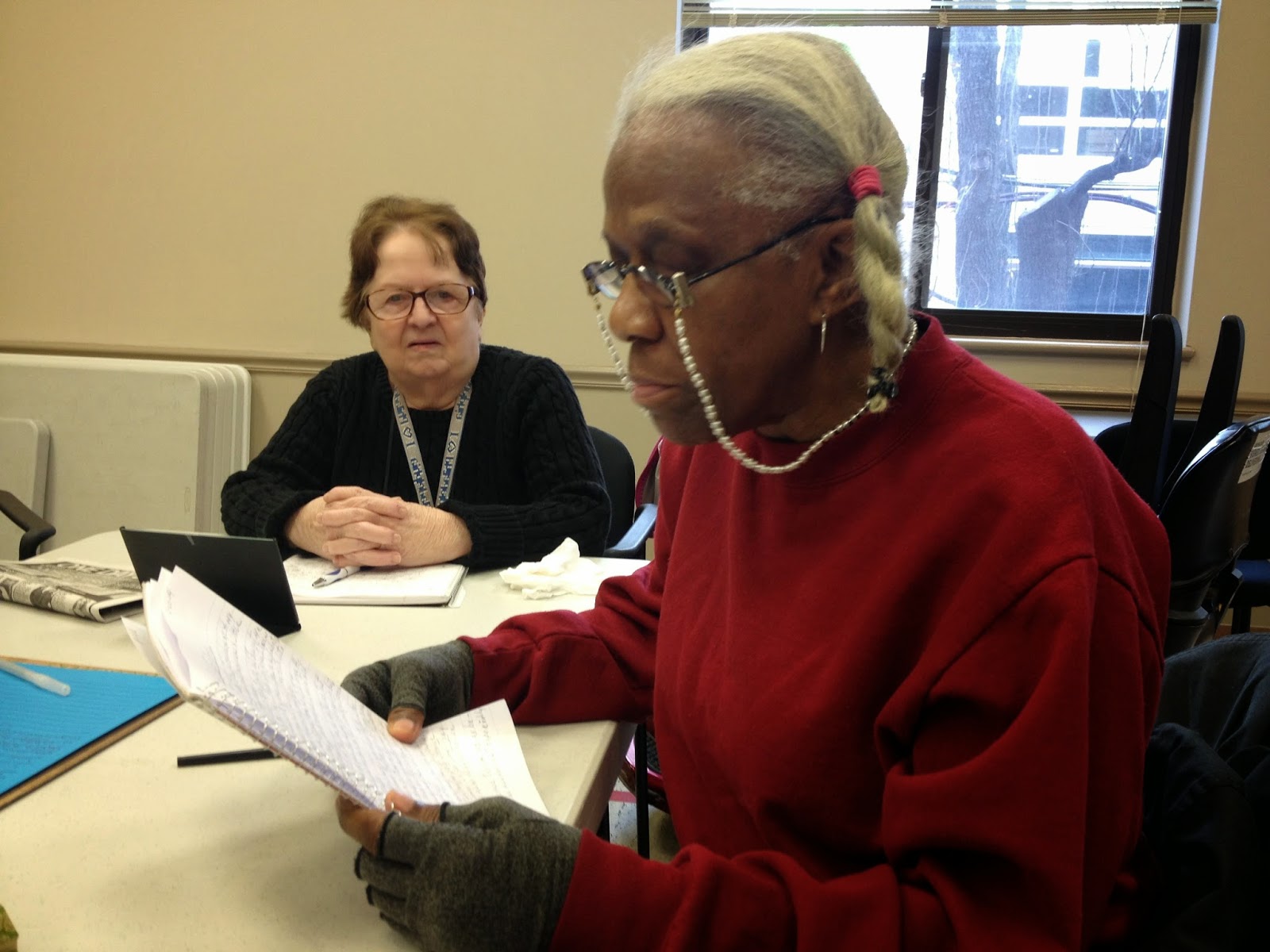 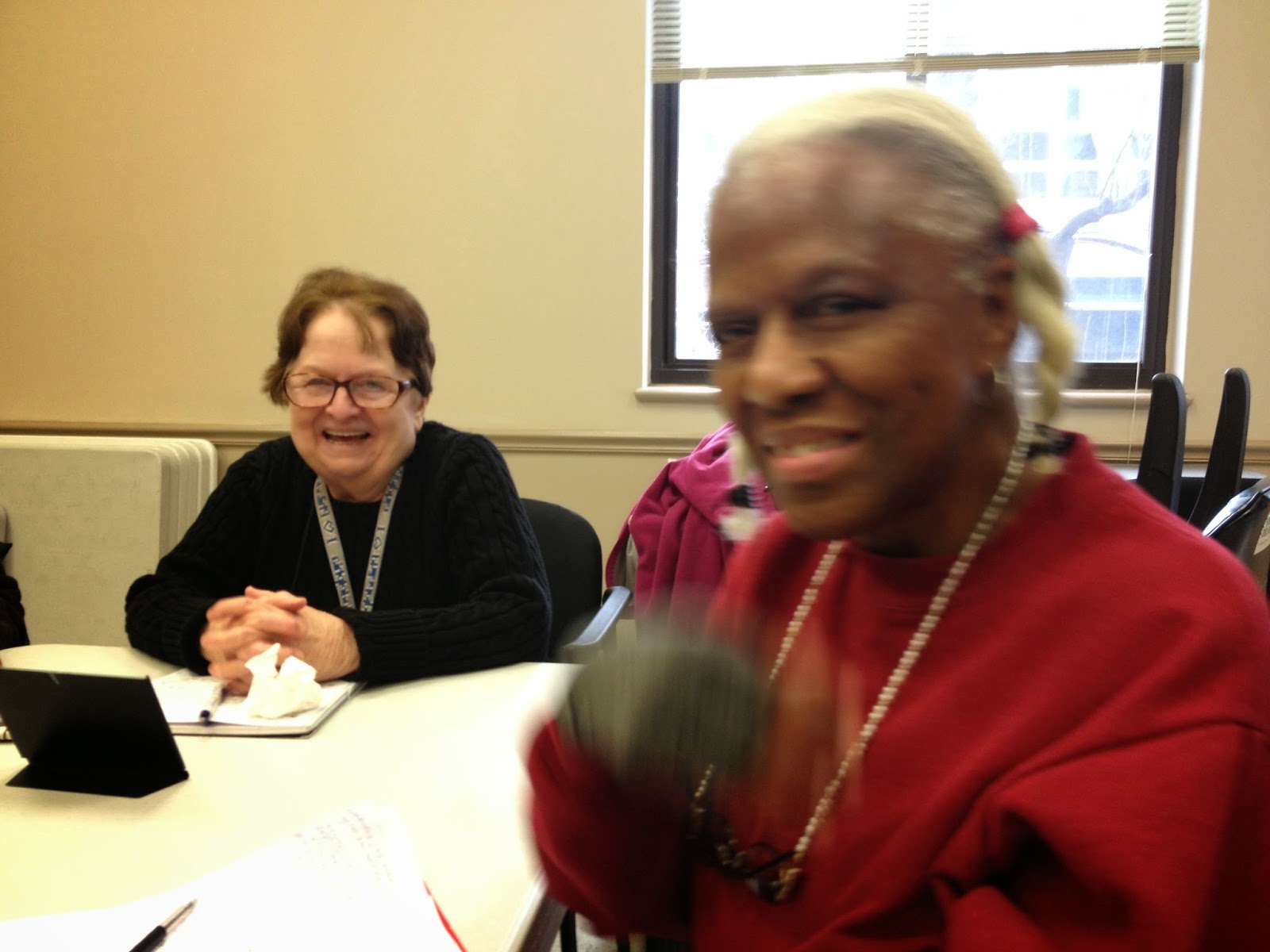 In all the years that I have known Joan, she has always been a positive person – it’s just who she is at her very core – but lately she is just glowing with an I-want-what-she-has radiance. She walks in and the room shines. She is making friends left and right not just in our group but everywhere she goes, and is constantly inviting friends to join us. She even took up line dancing earlier this year, so yeah now we have a good showing of line dancers in our writing group (pretty awesome, right?) She was a foster child, which I would imagine is not an easy start to life, and in earlier blog posts, she shared that she struggled with stuttering – but she rose above all of that and chooses to be radiant. Don’t you want what she has too? The ability to rise above anything life throws at you and be radiant?

Well lucky us, she’s bottled up a little of that for us – through her stories ;) Here are a few bottles that I thought would be fun to share!

Today I met a lady named Mabel. I didn’t ask her last name, and after I had left from the lunch room I had to hurry back before she left to ask her last name. While we were eating, someone started playing music from the fifties. Well that’s all I needed. While eating, I began to sing along even though I was taught as a child never to sing at the table. I love music and can’t seem to help myself. The music that was being played was from my teenage years.

Mabel and I started discussing how the songs from back then were songs of love and the current songs are so different. And how what some people consider love in reality is “How can I say it?” Oh I know, lust. We also discussed the dances around that time for instance. She mentioned “Walking the Floor,” a dance I never learned how to do and talked about “The Slop” (one of my favorites).

I lived on a small street called Opal. I can’t remember whose radio would be playing but we teenagers from around that area would be dancing and having a good time.

When a boy would ask me to do the slop with him I would, but then he would start doing “The Split,” and maybe stand on the stoop and jump over my head, I would calmly let him know that I wasn’t dancing to show him up or anything, but dancing because that’s what I enjoyed doing. The truth of the matter was that I didn’t, or couldn’t, do all that fancy dancing anyway.

I hope that I will meet up with Mabel again. I invited her to our storytelling and writing group, also to our poetry group. Hopefully she’ll come to one or both groups.

In the year 1954, I was fourteen years.  In December of that same year, I turned fifteen years old.

My foster sister, Ethel Lee, was about five or six years old.  Her mother, Nancy, came to visit her daughter every week.  My siblings and I only got to see our mother daily when we would sneak and go see her.

One day we had a snow day; we didn’t have school.  So when I asked could I go play in the snow with my friends, I was told I couldn’t because Ethel’s mother didn’t want Ethel to catch a cold.

Well I thought that was so unfair, so I took it upon myself to go out anyway—I had a ball.  I stayed for a long time.

After I had my fun I went inside, my fingers were so cold and achy.  My foster mother told me to stick my fingers in a bottle of alcohol.

I couldn’t, they were swollen. Sure I had a ball, but I also had to pay the consequences.

I still believe that I was right for standing up for fairness.

My sister Doris is older than me but she taught me much. By the time I started first grade, I actually knew how to write my name, I knew my alphabet, and I could read a little. I still can recite lots of nursery rhymes she read to me. I was skipped from 2B to 3A. That’s how well I could read, and I was not at all bad at arithmetic.

Most of the time she was the one that had to comb my hair. She always did a good job, but she would plait my hair so tight that I would get sores on my scalp.

Doris and I were always together in the three foster homes. We’re still very close. There’s never a birthday or Christmas that passes without our sending one another a card.

We have another sister, Bernice, and two brothers, Eugene and Paul, but I believe Doris and I are the closest.

One day after we had been united with Bernice, Eugene and Paul, and Doris left for school (junior high), my sister Bernice said to my brother Eugene, “Let’s get Joan.” They didn’t like the idea of always being protective of me. They teased me because they saw me as being “proper” – not only in my manners, but also (and especially) in my speech. The only thing they did to me was to say mean things, because they knew if they hit me, Doris would get them.

There were eight of us but only the five youngest are still here. I am the youngest girl and next to the baby. To Doris I’ll always be her baby sister.

The one motto I’ve always tried to live by is “Do unto others as you would have them do unto you”.  Have you ever been called out of your name?  Or teased because of your size?  Or looked down on because you were a foster child? Or bullied in any way?  Well, I have and it hurt.  But, because of that I treat everyone the way we as human beings should be treated.  In doing so, you won’t embarrass or hurt anyone’s feelings.

I’ve taught my children the same way.  I’m not sure whether they all live by that motto, but I sure hope and pray they do.

Life is so much happier when we treat one another with love and kindness.

God bless you everyone!