Doors to a Million Worlds 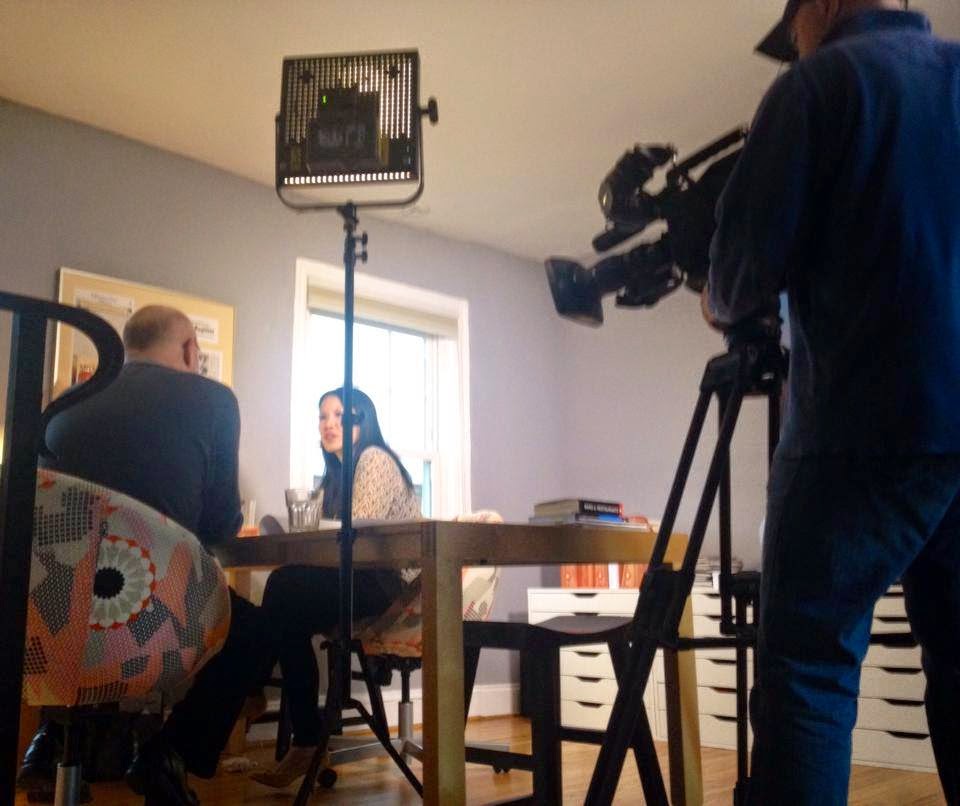 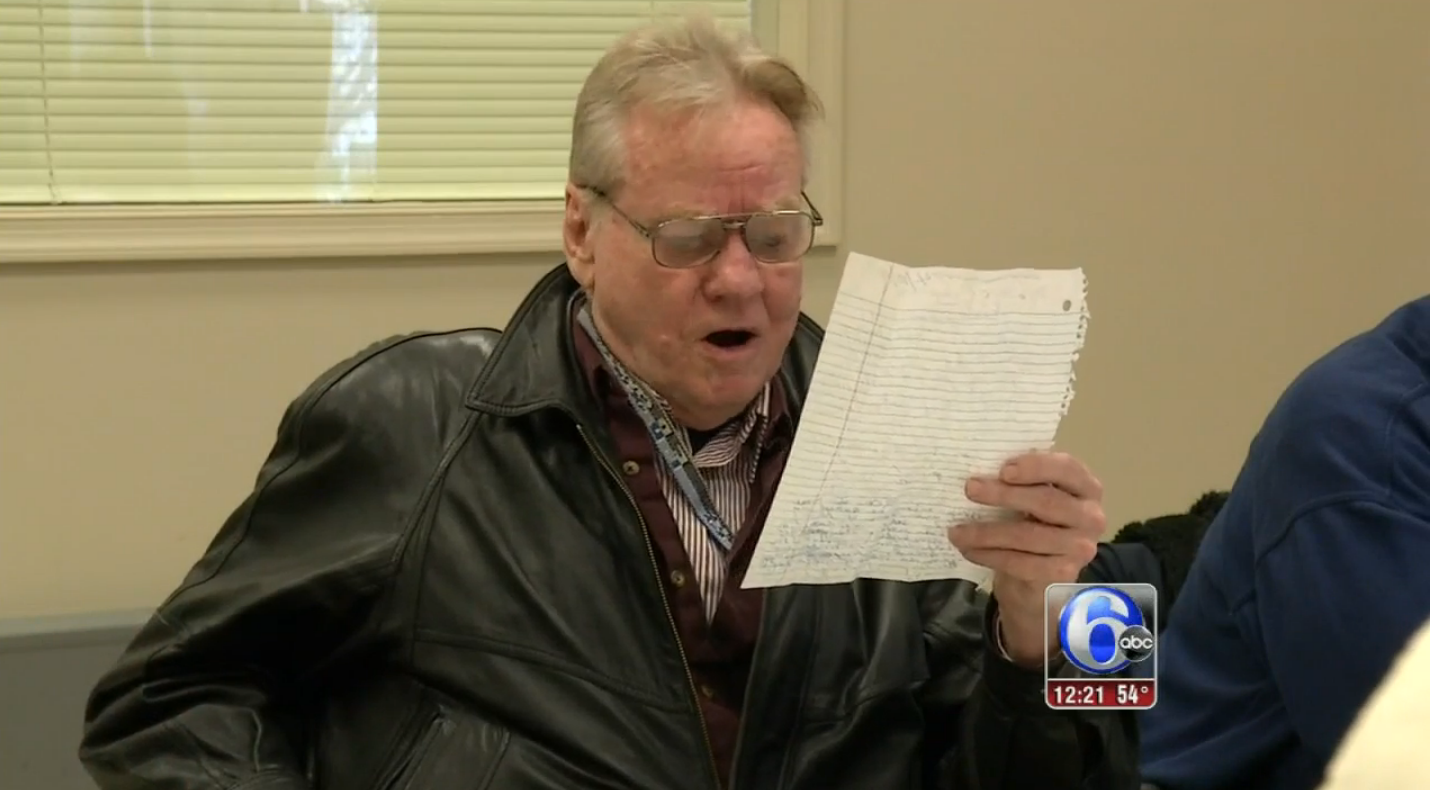 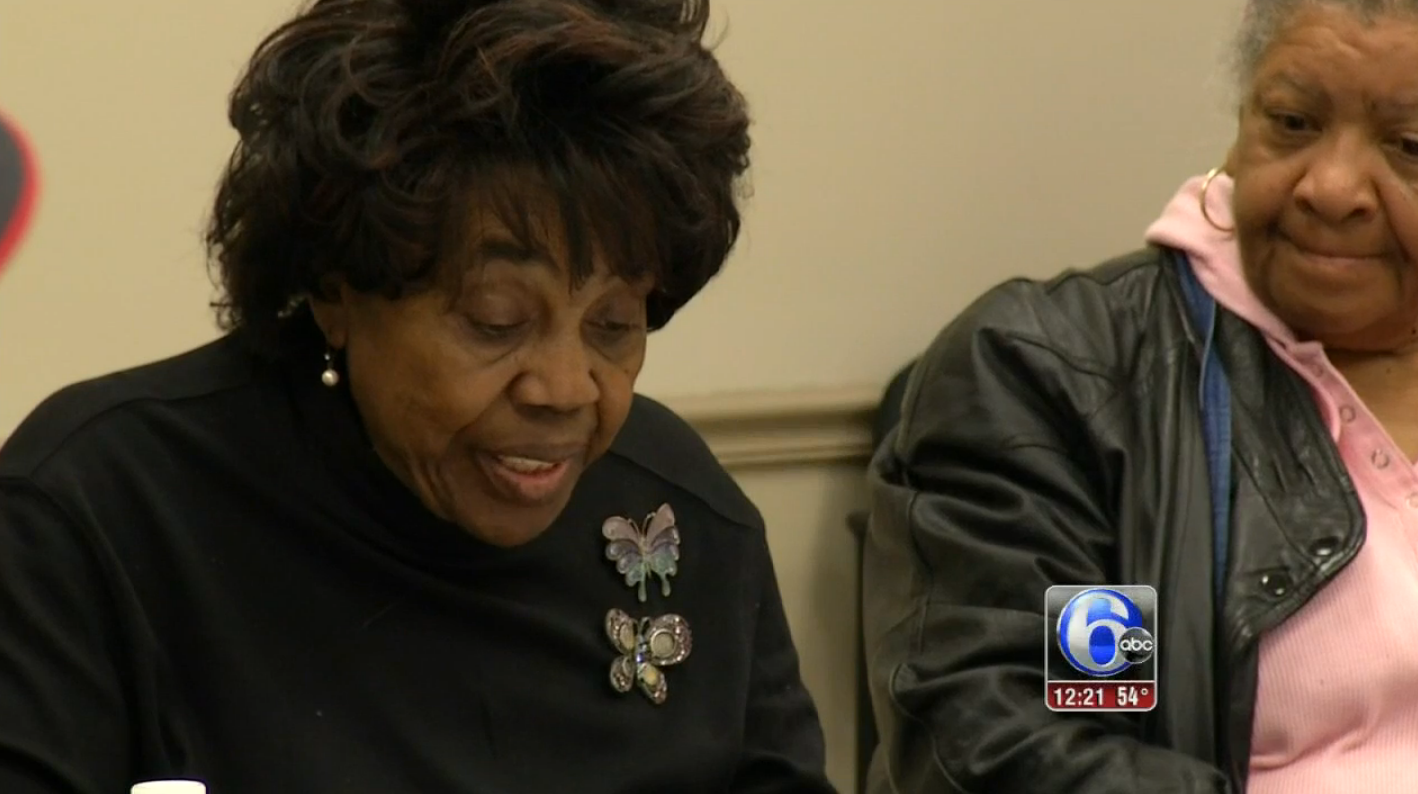 As you may know from our recent Facebook and Twitter posts, ABC News came to interview my senior buds and me a couple of times this month. It was amazing because my buds were perfectly natural in front of the camera and were unfazed by the attention. We had to put together six tables to fit everyone (a common occurrence these days, yay!) and when everyone was done reading, Greta referred to the news team as our guests, telling them she hoped that they enjoyed the group experience just as she has for many years. I thought it was so cool she treated them no differently than high school students or family members who come to visit - they weren't our observers; they were one of us. Here are just some of stories that we got to share with our guests. In the interview, I said, “One hour a week, and it opens up doors to a million different worlds.” Here’s a little glimpse of what I meant:

The best day of my life is every day. When I awake in the morning and see the bright sunshine, and yet the sun does not have to be shining. It could be raining, snowing, or just cloudy because it’s just another day to be alive.

I look forward to coming to the senior citizen center. I enjoy coming here so much. I have lots of fun and laughs. My favorite days here are Tuesdays (bible study), Thursdays (writing and storytelling group) and Fridays (mind aerobics, poetry, and line dancing). And, I enjoy playing a card game called, “Skip-Bo,” everyday. I especially enjoy storytelling time because of the great stories I hear.

I did not know being a senior citizen could be so much fun.

When we lived in the apartment over the bar which my parents bought when I was about 4 years old my Uncle Tommy and Aunt Nancy lived with us.  Aunt Nancy, my mom’s little sister, helped care for me while Mom helped run the restaurant part of the bar.

When the delivery trucks came I would try to wave at them and talk to them.  One day a man picked up a keg of beer under each arm and carried them down to the basement.  Later I was there when he asked my Dad and Mom if he could ask Nancy to be his wife.  They got an apartment in Philadelphia which we visited very often.  They were so happy together.  He became my Uncle Tony!

When my daughter was five years old, she was being disciplined for a small infraction. She said to me, “I’m going to tell my daddy that you wouldn’t let me go outside and play with my friends.” I said that it was okay to tell her father. A short time later, she said, “If I tell him, he will say ‘What did you do?’ and I will have to tell him that I broke your cup and saucer (one of my favorite collectibles) after you told me not to toss my ball in the dining room. So I am not going to tell him anything.” I did not tell her father how unhappy I was that I had lost one of my prized possessions. She made a wise decision and I reciprocated it.

Back in the early 1950’s, Strawberry Mansion started to become increasingly integrated. In 1956 my husband and I were happy to purchase a 6 room house on the 1900 block of North Patton Street. We had a three-year old daughter, Karen, and she was satisfied being an only child.

We were about the third family to integrate this block and out neighbors were not friendly. By 1960 most of the original neighbors had gone and we had become a sort of “close knit,” family oriented block. The 1900 Block was cut off by Berks St on the South side and Norris on the North side. Even back then it was joked that you had to have special permission to enter “Patton Street” . . . it just happened that way.

My aunt died. She was my mother's best friend. They married brothers. My aunt will have a funeral in Philadelphia on Saturday and another funeral on Sunday in Pamplico South Carolina, where she was morn and raised. Since I am one of the oldest members of the Cain clan and somewhat revered in our family history, her children asked me what school my aunt had attended. My memory fooled me but after an hour or so on the internet, I was able not only to name the school (Pamplico Rosenwald), but produce pictures as well. My mother also attended this school. I can remember seeing this school which was not in operation when I visited Pamplico South Carolina each summer when I was a kid.

I am going to miss my aunt, but the picture of the school she and my mother attended and where they were basketball legends in the late twenties and early thirties will help keep their memories alive.

My goddaughter Sandy and I went to church at 21st & Chestnut to share in an evening of poetry with some friends and I was surprised to see Norman – a member of this writing class – looking for the entrance to the church. He wanted to go in to enjoy the evening also. I talked to Norman as we looked for the entrance to the church. We joined with others. We found the entrance. We had a wonderful evening with the jazz and poetry. Norman and I knew the poet. I had an evening to remember.

It has been a long time since I have been to any sort of concert, and I am a lover of classical music. The last time I was at a concert I was 19 in 1962, and I went to hear the Philadelphia Orchestra at the Academy of Music, but I also heard them at Mann Music Center.

Nowadays, I have a neighbor who is sprightly! She is a woman who is always inviting me to events, and I keep refusing her. But, this is because she wanted to have a romantic relationship with me because she used to know my old love Deborah so she felt like she had a right to me; I had to keep reminding her that she’s Diane, not Deborah.

But, since she invited me to a classical music concert, I actually accepted this time. I got to hear classical Russian music at a piano recital in Chestnut Hill College. It was great to hear live classical music, and I’m a fan of Russian music anyway. After the concert, I got to meet with the pianist from the recital! I remember his last name was Benson, and we had a very lively discussion about classical music, comparing our favorite artists and performances. Mr. Benson also had CDs available, but I unfortunately was not able to buy one.

And you know, if Diane had any tickets to anymore concerts or Russian piano recitals, or any cultural event, I would go! I don’t have any romantic interest in her, but you could say I have a love affair with culture.

This week I watched a blind young man refuse help that he surely needed. I understood somewhat because as I’m growing older and hopefully wiser, my heart went out to him; not in pity, but in love. My powers are defining my power to walk. I cannot jump out of bed, I slowly roll out. Me who rolled down hills faster than my children. Yes, I needed help now. Crossing the street, dressing, going places. One morning my brother came to take me to a store that had wonderful sales. To my surprise I couldn’t walk down the aisle without breathing hard. My head and my hands began to shake – I couldn’t go on, someone get me a chair. How frustrating. I can’t go on. I heard myself say, that was my waking call. Take it easy, my brother said, ask and receive help.

This is a great lesson in receiving help not just for you – sometimes for the person who gets an opportunity to help.


Brenda Scantlebury
4.10.2014
The Most Important Thing I Want My Grandchildren and Family To Know – God Is Love And He Loves Each One Of Us

In these days and times there is a lot of upheaval, strife and turmoil in the world. The values and moral standards that once were a part of family life seem to have been lost and have fallen by the wayside.

There was a song popular some years ago called “What’s Love Got To Do With It?” by the artist Tina Turner. This song conveys that someone who had high hopes was disappointed by love. We, as individuals, need that very thing called love! The moral values that we once lived by are built upon that very virtue: love.

The most important thing that I want my grandchildren and my descendants to know is that I love them, that love is not only necessary, but is also a virtue. But Love is a person, a being, a deity, the creator of the universe whom we call God! He is Love. He loves each and every one of us.

That is what love has to do with it!