Check on the people in your life regularly. You never know what they're going through. And the next time someone talks about the homeless or prisoners needing to work harder, remember how difficult it can be to keep on top of your payments...and how easily something can derail your life. People need people, that's the truth of the world.

The Happiest Day of My Life

The happiest day of my life was the day when I and my best friend dropped me off on Pine Street, West Philadelphia. I am originally from New York, where I lived nearly all of my life. New York lately has become terribly expensive, impersonal and discriminatory. I left my last residence in Bedford Stuyvesant, Brooklyn without a new room or apartment to move into. For about six weeks I was “couching it” at friends’ homes, which wasn’t ideal.
One night at Doug’s house we spoke about giving Philadelphia a try. He booked a room with me with Air B and B. November 24th I left for Philly with Doug who remained quiet, very quiet as we drove south on the Jersey Turnpike. After about an hour and half a sign said Cherry Hill, New Jersey and minutes later another said Camden which was across the bridge.
I felt relieved when I saw the Ben Franklin Bridge. New York and all its headaches was now behind me. And now my new life would begin in Philadelphia.

We now return to our continuing story, “When I Met My Hubby, Part 15” by Diane Richardson.

Diane Richardson
07/05/2022
When I Met My Hubby Part 15
So, I am now on assignment at the Medical Dept. at the Phila. Industrial Correctional Center (P.I.C.C.). It’s on State Road around the corner from Holmsburg Prison. It’s not different from any other clinic. The inmates come up to the clinic for glucose checks, immunizations, flu and pneumonia shots, EKGs, eye exams, OBGYN, etc. The only thing that was different was when there was gang or territorial fights. If two gangs got into a fight that were from different areas or cities, all the guys from those areas had to fight each other. That was the code of the jail. You’re either with me or against me. I used to hate seeing the inmates all beat up and injuries and how we had to irrigate their eyes from the pepper spray from the guards breaking up the fights.
People used to often ask me aren’t you afraid to work there? I would answer no. I’m surrounded by guards. It’s safer working there than anywhere. I used to walk through the prison unescorted by guards and get on the elevators with the prisoners. The elevators had cameras and panic buttons. I would walk to the employee cafeteria for lunch or dinner. The food was catered by A.R.A and Stouffers food services for the employees. I wouldn’t be afraid. I’m from South + North Philly so I knew most of the inmates. Half were my friends, the other half my family. All of the prisoners used yell at me from the tiers. “Hey what’s going on Parks? How’s your brothers doing Parks?” (Parks was my name at the time).
My co-worker who is Italian got acquainted with another Italian inmate and later would wed upon his release. I got pretty close to come of the regulars that would come up for B.P. checks and sugar checks. One of my favorites as a guy named Rudolph. I would call him Rudolph Vasalino. I’ll tell you about the mobsters I used to do favors for next week.
To Be Continued 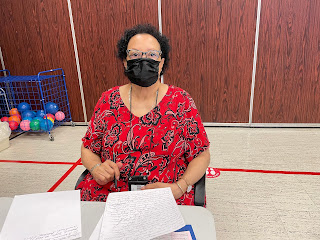 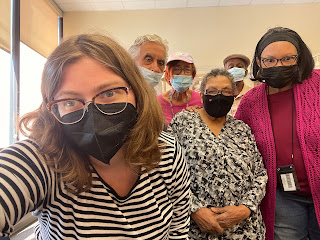 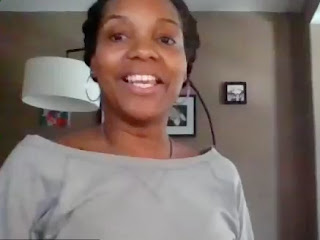