The End of the Beginning (Ann and Diane)

Coming up next is the thirteenth part to Diane Richardson's "When I Met My Hubby." And things are starting to get serious.

By this point, the "When I Met My Hubby" saga had become a regular installment, a routine part of Best Day. Diane would introduce her next installment as "When I Met My Hubby Part..." and then point to Ann who knew which part it was by heart. This story took several twists and turns, and turned into more than just a woman and her husband. This became the story of a life, a chronicle of Philadelphia in years gone by. And we're nowhere near the proposal yet! This is just when Joe and Diane go steady!

So before we go into the story of the beginning of Diane's romance, we're sharing a story from her hype man Ann about her first divorce:

At the age of four I went to nursery school two mornings week it was strictly a morning program held in the owner’s large Victorian house. The whole first floor was converted into the school and each little high ceilings room some with stained glass windows had a title: The block room, the art room, the pretend room etc. I loved going there because to me it looked like a castle from the fairytales and my mother read to me. After morning circle and we children were allowed from room to room to room until the closing storytime circle. My friend Timmy and I spent a lot of time in the pretend room playing house. True to mid-1950’s social norms I put on apron from the dress up box while Timmy put on a tie and a man's hat with a little feather on the side.While I fed bottles to our two baby doll children Timmy would ride around and indoor riding toypretending to be going to work and then ride home quickly when I was making a pretend dinnerwith the pretend food in the pretend kitchen. It was a good marriage. One day Timmy and I were playing with children sized scissors in the art room and decided we would cut each other's hair. He gave me a chunky cut as he cut big chunks all around my hair in random spots. I gave his bangs and a nice zigzag cut. Satisfied with our creations we played outside until it was time for the closing circle. But as we all gathered on the rug, our teacher looked very serious and told us that she had discovered a hair in the art room and that some kids have been cutting hair which was not allowed. She also said that if the kids that did it admitted that they did it they would not be punished. Now only a sightless person would not be able to identify the chopped up culprits. But Timmy and I stood our ground and shrugged our shoulders as if to say “Jeez who would have done that”. As moms started to come for pick-up the teacher told me and Timmy to stay put. A few minutes later she returned with our startled Moms who said in unison “what happens to your hair” I burst out into tears saying “I'm sorry, I'm sorry” to my mom and then to my teacher a very anticlimactic confession. “I did it, I did it” As Timmy chimed in “I did it too.”After we had all calmed down Timmy and I were handed brooms and dustpans and sent off to clean the art room. We were also not allowed to use scissors for a couple of weeks. When we returned to school the next week we were both sporting rescue haircuts. I had a pixie and he had a crew cut. We no longer played much together if at all. I guess our four year old brains blamed each other for getting into trouble. One day though I did ask him if he’d like to play house with me and he said “No, I don't wanna play with you ever again.” And then I realized my days and making his dinner and taking care of his children were over. I call it my first divorce because, simply put, isn't that what happens when adults get divorced? They no longer want to play with each other anymore either. The End 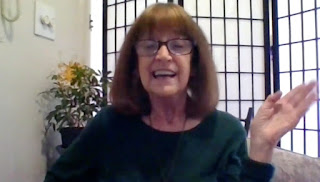 We now return to our continuing story, "When I Met My Hubby: by Diane Richardson, Part 13":

When I Met My Hubby Part 13

It’s been a few months. Joe has been coming over after work every Friday, Saturday, and Sunday. While he’s taking his shower, I’ll be cooking his favorite snack, chicken wings. He loves chicken wings, hot out of the pan with bread and hot sauce. When he’s finished showering, I’ll bring him his meal in which he enjoys before falling asleep.
In the morning I said to him, “I want to talk to you about something.” He said, “Shoot.” I said, “If I ask you for something, could I have it? He said, “You can have whatever you like, what is it that you want?”
I said, “What I want is to be your girl, exclusively. I want you to no longer be one of Philadelphia’s most eligible bachelors. I want it to be you and I only. Only you and I. Can I have that?”
He answered, “You got it, will there be anything else you want?” I said “Not at this time.” He kissed me and I gave him a key to my apartment.
To be continued … 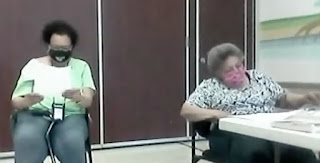 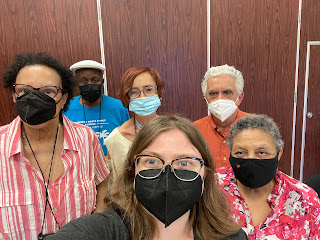