Coming up next is the eleventh part to Diane Richardson’s “When I Met My Hubby.” But first, some food for thought.

Food is my love language. I bond with people by recommending restaurants. Often, a friend of mine will go on a trip and I'll recommend a restaurant that's there. I started giving tins of tea as presents during the pandemic, because that meant a lot to me during supply-chain disruptions. I'll cook for people I'm close to, and I'm even assembling a cookbook as a Christmas present.
Eating is an essential part of our survival, so I always appreciate stories where people show their love by cooking, saving food, or taking people to restaurants. Today's blog post has a double serving of food related love, from older buds José and Diane:

José Dominguez
05.13.2021
My Almost Frustrated Lunch Invitation
At the beginning of my law studies I immediately made some friends that later became an important part of my life; almost all of them were school teachers and very serious readers. Each one had a very different approach to life and our paths mingled naturally, nurtured by the school environment that gave us a common ground to share readings, discuss social issues, communicate accomplishments, publish gossips, tell jokes, etc. In the meanwhile, I was living in my aunt’s rented room paid by my parents. As you can imagine living in that way was a blessing because it gave me the opportunity to continue my studies and my life style; but in another way had its own limitations. Well life is not perfect, nothing is perfect except God, according to some believers. One imperfect thing was the scarce and elemental food that I ate. In the precise moment when the episode of this essay happened, I had been eating the same simple menu for 7 years since I was 12. My monthly allowance helped me to pay for my transportation, and virtually drinking coffee or refreshments were a luxury. Nevertheless, since my father used to work in the cinema business, I had a card that gave me and a guest green light to enter to any theater for free. Sometimes I made some extra pesos finding clients who wanted to see weekend movies paying half the entrance. The reality is that when I was invited to eat I was more than happy because it meant avoiding to have lunch or dinner as usual.
One of my friends was Alberto Saenz. We called him “Beto,” but since he was a classical music lover we ended calling him “Beethoven.” He was a super intense fellow. Nobody knew more than him about Mexican culture, Philosophy, music, art, etc. Always smiling, he lived in a world made of beautiful art images, musical notes and discussions with famous thinkers. Occasionally when I asked something to him, he didn’t clasp the question immediately and I had to repeat the interrogation since he was absent. Recognizing his lapse he begged for my pardon and asked me to excuse his tardiness to respond; it didn’t upset me. I knew he comes and goes from our world to his abstract and intense inner space. He was teaching Philosophy at the nearest high school and lived with his parents and two sisters. One day, don’t remember why, he told me: “Dominguitos (nickname meaning little Dominguez) come tomorrow to my house. I invite you to eat, can you be there at 1:00 pm?” My obvious response was: ”Of course, Beethoven count with me and my empty stomach.” Wow, for me it was a liberation to skip my routinary menu and eat something different.
The next day, I went to his house just in time. He received me joyfully as always and invited to his room. It was a big room illuminated poorly, the walls were filled with books and a lamp defined his bed with intense brightness; clearly he was previously smoking and listening music. He began to speak about the music that in that moment he was enjoying. Among other things he told me: “There’s no other like Tchaikovsky. Do you know, Dominguitos, that he is the most representative Russian composer and perhaps the most creative musical author?”
“I don’t know too much of music,” I responded, “But surely enjoy deeply a few of his creations…” He interrupted me and started explaining how the author managed to infuse the theme with the help of the orchestra. In that moment I decided it was my turn to interrupt; my mind was wandering. I had been there for one hour and there were no signs of my invitation to eat. I was worried because in a few minutes I will have to take a bus to school, so in the most friendly way that I was able to speak I asked him: “Sorry to interrupt but just want to remind you that you invited me to eat lunch at one and it’s going to be time to take the bus to school. What is in your mind?”
He incorporated himself with one jump and taking his right hand to his forehead said in a pleading manner: “Excuse me Dominguitos, I forgot about it! Oh you have to accept my excuses please! I feel very, very bad since I already ate!” Before I was able to respond anything he took by the arm and draw me in a hurry to the kitchen. “This has solution!” he said, with a mastery I didn’t know from Beto he lighted the stove, placing on it a big frying pan and oiled it. Later like a hurricane he took from the refrigerator lots of groceries and began to cut in pieces onions, tomatoes, jalapenos, ham, among other things.
“I’m going to surprise you with my favorite creation: famous ‘Beto’s egg omelette,’ just you wait!!” With the same frenzy of a director in front of an orchestra he moved his arms and body cutting, throwing, mixing, seasoning. Very soon the food aroma and my hunger expanded my gastronomical experience in such a way that those scents were more vivids that Verdi’s operas in the Scala de Milan. I devoured “Beto’s special plate” and immerse in my eating could see Beto’s face shining with satisfaction. At the end of the meal I told him: “Beto, my stomach and I are very pleased, thank you.” He saw me with a child like glance and smiling told me: “I’m glad you like it, in the future I will not forget any of my invitations … promise.” 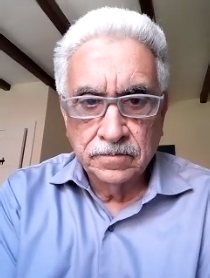 We now return to our continuing story, “When I Met My Hubby” by Diane Richardson, Part 11:

So, getting back to when I first started getting to know my hubby. Thanksgiving was approaching and I didn’t have any plans. Remember I don’t work on weekends, holidays, Mondays, between Xmas and New Years and no summer months. Just when I wanted to, Pearlie Mae was having a big Thanksgiving dinner at her house. She invited me and my kids. My children declined the invitation as they are always flying around the world to concerts and hanging out on a beach at different islands. They will fly to anywhere in the world to see Beyonce in concert. One time they were in, I think Aruba on the beach and when they looked over and saw Smokey Robinson. They struck up a conversation and he told them he was going to be doing a show there at one of the hotels. They asked him could he let them have some tickets. He said if you can name three of my songs, I will get the tickets to you. Of course, they didn’t know any. They excused themselves for a restroom break and called me and asked me. I told them the title of three of his songs. They returned to him and named three songs and he left tickets at Will Call for them (four). So I declined Pearlie Mae’s invitation as I didn’t want to be around all those old people (those people were as old as I am now.) So I told Joe I would be home alone thinking about him. I asked if he wanted to come over, he said maybe for a short visit. I was disappointed, but oh well. At least I had the interest of one of Ebony Magazine’s ten most eligible bachelors in Philadelphia. I’ll continue to rope him in. So on Thanksgiving morning, he called me from his car. There were no cell phones back then. He had a phone in his Lincoln Town Car. He said come down and help me bring some things up. I wondered what it could be. I went down and saw he had several containers of food. He cooked us a complete Thanksgiving dinner. We had to make two trips up the stairs to bring in all the food he cooked for us. I was so surprised and happy. We had a very good day and night. 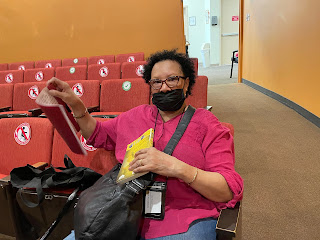 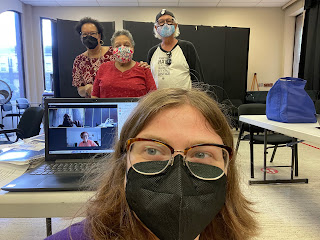