Coming up next is the ninth part to Diane Richardson’s “When I Met My Hubby.” But first, a little bit more than you expected.

When you start talking to people, you often find out their lives are more exciting than you ever expected...sometimes more than they ever expected. Sometimes these are unexpected feats of heroism or incredibly humorous moments, but other times it can be about hidden corruption or betrayal. Here's a few stories about what happens when you go beyond the expected story:

Father was a respectful man and also a person of strong points of view but not a capricious fellow. For example, he had respect for our ancestors and spoke with a kind of solemnity about my grandparents, great-great grandparents, great-great-great grandparents, etc. He covered at least superficially, three generations. He spoke about their hardships suffered while traveling and living in inhospitable lands as the North of Mexico; how the natives were not so peaceful to let those settlers take their land or transit freely through their territories; how members of our family had to suffer in hands of those angry original habitants. It was very interesting to hear him speaking about those decided settlers and how they survived and endured penalties and limitations. From our family's first generation in México there were not so many traces. There's only the oral transmitted story that the first Dominguez came soon after the Conquest, maybe around 1540. He was an adventure soldier who happened to be a “porta estandarte” meaning a soldier in charge of the army flag. I was aware that sooner or later I was going to speak about that guy so I decided to ask dad to expand his information about that Spanish soldier hoping to hear interesting stories of battles, accomplishments, titles, honors, adventures, etc. So I was prepared to integrate into my imagination the image of an audacious soldier carrying to those lands and antique times the seeds of their civilization, culture, religion, and all the values that in those times in the Western organized world were 100% European. But instead of those splendid words of magnificent outcomes, my father said: “Not much to say of those guys. Most of them were a pure gang of spoilers. They were a mob of robbers that came to dispose of our native ancestors and at the same time they immersed them in a foreign culture, foreign language, foreign religion. Poor native guys, they were no match for such militarized adventures. They were an easy prey. Even when presenting a stiff and bloody resistance, they simply were no match to them. The glory of the colonization was written by the conquers, as Bernal Diaz del Castillo, but the real story of the defeated never was written. It was lost in the immensity of the history, in the immensity of the indifference of a new world focused, thanks to the conquest, on the acquisition and treasure of gold, silver, money, and power certified and rationalized by a religion that advocates pain and suffering as a condition to get in Heaven; beliefs empowered by a legion of deacons, bishops, archbishops, cardinals and the rest of the priesthood bureaucracy. Of course there existed the exceptional presence of some few humanitarians as the Dominican priest Bartolome de las Casas and later, 300 years later, by the Catholic priest that ignited the Independence war, Miguel Hidalgo.There is too much to say about this ‘conquest’ but for the purpose of your questioning…. if someone asks you, Pepe, about our first ancestors, don’t be timid or shy to say that they were a bunch of thieves.”It was not what I wanted to hear and I thought to myself. “If I want to brag about the curriculum I have to integrate it with my own accomplishments”. I remembered a few days ago I heard a rabbi say, speaking about Judaic traditions and history: “History doesn't make us, we make history.” 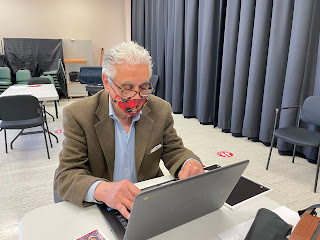 We now return to our continuing story, "When I Met My Hubby" by Diane Richardson Part 9:

When I Met My Hubby Part 9

I’d like to refresh your memory as to how this story got started as one may wonder how I worked at so many different places. After raising my children, I decided to go to school to be a Registered Medical Technician. I went to National School of Health Technology. I’ve always been interest in the medical field. Upon completion I decided to work for a medical staffing agency where I can decide where and when I wanted to would. I could accept or decline assignments at different medical facilities, clinics, and hospitals. The assignments could last anywhere from one day to twenty years.Medical facilities use staffing services to save money, not having to provide employee benefits and pensions. My personal schedule would be no weekends, no holidays, no Mondays, no work between Xmas and New Years and no summer months. The times I chose not to work I would receive unemployment compensation. I never worked for the money but for doing what I enjoyed doing. There’s not many facilities I haven’t worked over the years. I take the place or fill in for the regular technician for however long needed. The employee might need a day off, or call out sick, go on vacation or be retiring. When an employee is retiring, I’m needed to fill the position until the department could hire someone, however long that might be.I’m often asked if I would be interested in a permanent position, and I would always decline. Who wanted to be obligated to work every day? Not me. I only worked when I felt like it. Every time I was on assignment, I would strive to do the job better that the person I was filling in for. So every time an employee called out or put in for time off, I was requested. All the practice managers and especially the doctors loved me. They would be so happy to see me and treatment me very well. Even the patients would be glad to see me and often told me they wished I was there on a regular basis.Us employees used to love the pharmaceutical representatives. They would shower the doctors and their staff with gifts in hopes the Doctors would prescribe the services and medications to their companies. They would send the Doctors and their families on trips and cruises; they would send and take the staff out to dinners to wherever we wanted to go. Us employees and whoever they wanted to invite. The Reps have a large expense account and can write this off on their taxes as a business expense. The Reps needed the doctors and nurse practitioners and physician assistants to prescribe medications from the companies in which they were employed. Pharmaceutical Sales is a multi-billion-dollar business as everyone knows.For example, the Dr. prescribes an MRI for a patient. MRI stands for Magnetic Resonance Imaging. The service provider would order the MRI and us techs would make an appointment for them to send the patient wherever or whichever company we chose. We have a variety of companies we worked with. We made the appointment for them, and the Rep makes the transportation arrangements for them. The patient would be so glad to receive free transportation. Door to door service.In return for our referrals, the Reps would take us and our guests to dinner at a restaurant of our choice. Even if I weren’t currently assigned to that particular clinic, I was always invited to the dinners. It would soon be on the news of pharmaceutical companies “bribing” medical professionals to prescribe medication and services to their companies. The medical professionals would receive expensive gifts and trips using their companies. So all of that became illegal and that was the end of that ride. We enjoyed it while it lasted.To Be Continued….. 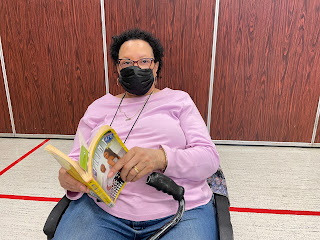 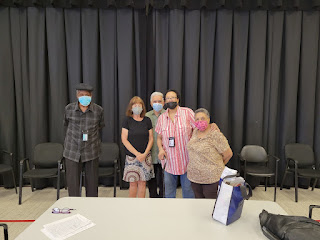