Last Monday was Memorial Day, a day to honor those who gave their lives fighting for this country. I almost always have a post for each Memorial Day because many of our older buds--and many older buds in general--served in the military. You can find links to their stories here, here, here, and here. I'm continuing the tradition with two more stories from two of Best Day's veterans, Mo and Norman:

In the last 5 or so years things have come to my attention that were shocking but with a little bit of effort I would have realized years ago.
Busy making a buck and playing various sports in the evenings kept me in a comfort zone where I was unaware of even local obstacles in the way of many wonderful fellow Americans.
With curiosity as my formidable ally I am excited about learning more in the area of enlarging the civic rights of the majority of my fellow citizens while enjoying much more of the experiences of my 5 wonderful children and 6 incredible grandchildren.
The perspective I have as a military veteran fuels my interest in providing civilian opportunities for high school students and graduates in lieu of entering the military. More to follow!!! 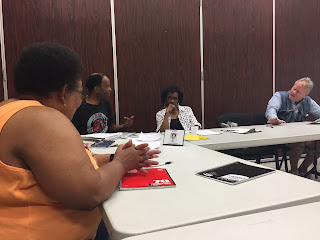 What I want to share today has to do with my rides on airplanes and maybe was in 1965 and I believe it may have been around October, close to Thanksgiving. I took my first plane ride when I was in the Army. I left Charleston, South Carolina Air Force Base, the military base, to go to the republic of Panama, and I was really frightened on our first trip because it was an old plane and it sounded like the engine was going to fall out. So twice after that, when I was in the Army, when I was coming home for Christmas vacation and then coming home permanently, I was on the plane again but that was a better experience coming to Miami Airport and whatnot. But there was one time, to back up a little bit, when I came home for my Christmas experience, I was told by the Sergeant because I had to go from the Atlantic side of Panama to the Pacific side to Fort Kobbe Air Force Base and my Sergeant told me that if there was not a flight going out that I had to come back to the Company, and I know for a fact that he told, called up to the Pacific side and told them to tell me that there was no flight. And this is exactly what they told me, that there was no flight, but a janitor had heard what they had said and that next morning when I came out of my bunk and getting ready to go back to my company, the janitor said, “There is a flight going to the United States,” and would you not know it or believe it, hat flight was actually an Air Force Reserve Company, and they were going right into Pittsburgh. So they took me into Pittsburgh, it was a pleasant flight, and the only problem was that it was the wintertime when I got into Pittsburgh, I didn’t have on any winter clothes, but I did get home.
And then the next time that I took a flight, it was to go to North Carolina to my younger brother’s college ceremony, and then after that I took a flight coming out of Montgomery, Alabama coming into Philadelphia. But then, the last time I took two flights was this past winter when I went to Orlando, Florida, and then I was really surprised because the things have changed with the security measures and the airport was looking like a big city in there with all of the stores and eateries and what not, and you had motorized vehicles taking the passengers through. And generally when I take the bus to go to Orlando, it’ll take me about 22 hours; I got there on that plane and was culture shocked in about two and a half hours. And then to get my baggage I had to go and check out, I called the subway, and that’s when the culture shock came in. Then when I came back from Atlanta coming into Philadelphia, the same thing happened- I still have not gotten over that. So that’s my story for this week. 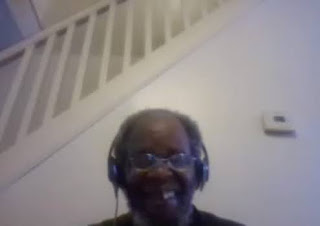 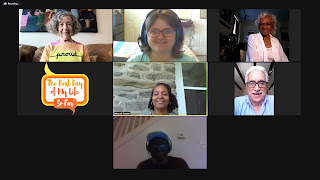