The dining table was for me and the rest of my brothers a school of good manners and etiquette. My father was in some way solemn and respectful to his traditions. His constant supervision of our eating manners left an imprint on us. To begin with, he had to be the first person to take a seat and had to be at the table headboard. My mother’s place was to his right with the task of supervising the cookery movements from the kitchen, and to serve the food. The kitchen was an independent room out of our sight. The routine started with our hand cleaning. All food had to be eaten. By any means we had to protect the table cloth from food or drink spills. There were no special plates. Cutting the food had to be done with mastery to prevent any spills. We ate in small portions. Never talk when chewing. We were prohibited to clean the plate with bread or tortillas. Don’t interrupt conversations. Tacos are a special plate so we were not allowed to do tacos with our food. We had to say, “please” when asking for something, not to play while eating, etc. After the first plate was done my mother ran to deal with the next until desert was served. Of course that with aging my father became less strict and more permissive. Nevertheless, when married, Maria and I were invited to live with my parents and in a way some formalities were not strictly reinforced; since Maria did not know all the details of our home table culture, she had to learn it. She sat beside to my father’s left side, meaning that she was the most important person after my parents. In one occasion the dessert was mango and my mother included the special trident that we always used to hold, peel and eat that tropical fruit. Nobody told her how to use it but she managed to copy my movements. First, she put pressure to the mango so it could not move. Next, she took the trident and her task was to find the central piece that we called “hueso” or bone in English. Several times she tried to hit the target but was frustrated in her trials. So, she decided not to fail and applied more pressure to the mango and more pressure to the trident and voila!! The mango flew through the air and landed on my father’s lap. My mother was horrified, I was in suspense, Maria was begging for pardon, and my father was laughing with all the strengths of his lungs. The solemnity was broken and Maria become more and more close to my father mostly because of her willingness to help in any endeavor needed to keep our family well attended. She was so supportive that my father in one unusual confession told her in front of me: “Maria I always had the dream of a daughter but God gave 6 sons, but with you I have received the daughter I never had. Thank you.”

During each summer of my childhood, my family went to the Poconos for a few weeks vacation. On the ride up, my father and I would start our weeklong game of deer spotting. Simply, if you saw a deer and called out “deer!” first, you scored a point & the one with the most points at the end of the week won. Being 5 years older than me, I guess my sophisticated sister thought the game was dumb & did not join us. My mother, being from the Bronx and never entirely comfortable in the woods was far too busy looking out for life threatening bears to join us. So it was just a game between the 2 of us that eventually became a tradition. Even years later when riding in the car with him in the suburbs we’d still shout “deer” during a very rare sighting. After suffering a stroke towards the end of his life, my father spent some time at a rehab center.
On golden autumn day as I was pushing his wheelchair thru the gardens, I noticed a deer in the distant woods. I decided not to yell “deer!”, as I was afraid it might scare & confuse him, just as my father yelled “Deer!” and we shared a laugh & a hug. It was also on this walk that he told me he was ready to die & for me to remember happy times together instead of being sad.
Within a few weeks he was back in the hospital and we knew he did not have much time left, yet he continued to have some good days so my sister & I took turns being at the hospital. I had returned home for a day or two to be w/ my children. On the first day home I received a phone call that Drs. Did not think he would make it thru the night so I immediately started the 2 hr. ride back to the hospital. Now it was not uncommon to see deer on my route through N.J. Pine Barrens to the hospital.
But, on this particular night as I approached the last circle on Rt. 70, 3 very large deer walked calmly out of the woods, stopped & appear to look right at me. As they slowly moved on I looked at the car’s clock & saw it was 8:10. A few minutes later I got to the hospital and ran towards my fathers room but was stopped by the nurse & my crying sister. “I’m sorry,” the nurse told me, “but your father did just a few minutes ago, at 8:10.”
So, it may have been a coincidence, but I believe those deer represented my father’s final, loving goodbye. 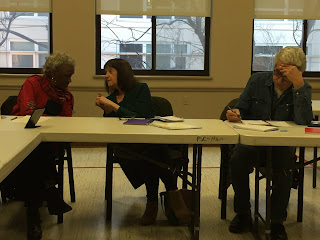 I remember the first time my father took me to the park in the summer and put me on a swing. He placed my small body on the seat and told me to hold on. I can still see that huge metal chains that held the swing
and thought the chains looked like the loops I made in kindergarten out of construction paper.
“I’m going to give you a little,” push my father said “So hold on tight.” At first I was afraid but the sensation of going back and forth felt pleasant almost like being in a rocking chair but in the air instead. As I glided back and forth I thought of how much fun it was.
“Hold your feet up,” my father would say, “So you can go higher.” I was dragging my feet on the ground not realizing that I was limiting my movement in the swing. With a slight small push from my father, I started moving and from that very day I couldn't wait to get to the swing again.
The following summer I had grown to the point that I had the strength to move myself back and forward
with less pushes from my father. Higher and higher I would go. The sun was warm on my face as I soared. I felt like I could fly away. I asked my father to push me higher.
“I don't want to push you too high” he’d say, “because I don't want you to fall.”
The following summer I was a pro. Other kids in the park would challenge me, and I'd have swing races with my friends to see who could go higher. Being in a swing while I soared in the air made all my cares melt away. I could see the backyards of the neighbors in the neighborhood and their roofs. The tree trunks were more visible and beautiful.
I felt like a bird in flight surveying the land.
Unencumbered. My body felt weightless and free.
There was no feeling more blissful to me. Than being in that swing.
When I think of those times in my adulthood, the memories of my dad teaching me how to swing still works wonders. 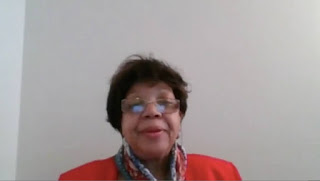 If you want to transcribe for Best Day, then email us at info@bestdayofmylifesofar.org. You can also share our older buds' adventures by donating to Best Day, subscribing to our newsletter, sending a note to our older buds, or following us on Facebook, Instagram, and Twitter. And if you or the older buds have stories of fatherhood, then you or they can submit stories through our portal right here. We're especially interested to stories from Black older buds, but we're always looking for stories from older buds of color, older buds with disabilities, LGBTQIA+ older buds, older buds of any gender or sex, older buds of any religion, and older buds who just plain break the mold.
And don't forget to maintain contact with the older buds in your life. If you can't be there in person, please call them, email them, or message them on social media. And if they're using teleconferencing or remote events for the first time, give them a call and help them set things up. Check in on them to see how well they're getting used to these programs. Buy them a computer or an internet package if they don't have one of their own. It's a human right, after all.