Originally founded shortly after the end of the Civil War Memorial Day is a day to remember all who died for their country. We have had so many young men and women fighting to defend us, risking life and limb throughout the 20th and 21st Centuries. But as we honored those who died in our wars, we must not forget the soldiers and armed forces members who are still alive.

These men and women have been through all sorts of bizarre situations and danger. Many of them have had to completely change their way of thinking just to survive in the field. Even if they've never been injured or had to see someone die, it can be difficult for them to adjust to civilian life. So these stories are in honor of all those who served and deserve to be seen, heard, and known.

Growing up in an all white neighborhood with all white nuns teaching me, I only knew a few people of a darker color who worked in the stores or cleaned the bars. In a wealthy town next door there was a farmer with a few acres of vegetables and at least one horse but I never got to meet him. He was black.

At the playground one of the older basketball players who taught us better skill between games had been a player on the Lower Merion High School State Championship Teams, which had included players from my hometown. We called him Mr. Draper or Mr. D and I had great respect for him.

In hitching rides between West Philadelphia and the western suburbs we walked every day the rough neighborhoods which had recently changed from mostly white to mostly black but we were not afraid or even nervous in the experience.

Only a few of my classmates at the small Roman Catholic high school were black. I didn’t get to know any of them well but I liked my one teammate on the freshman basketball team and admired a senior, Willie Charity, on the varsity team. The coach let me, at 4’ 11” and about 100 pounds, guard Willie, at about 6’ and 170 pounds, at the end of practice scrimmage to add a little humor to the situation. I took it very seriously.

When my father died during my senior year in high school, my mother received social security for about six months until my 18th birthday, in June, after high school graduation. A retired Naval Officer arranged a job for me shoveling cement on the PA Turnpike, which I needed to pay the mortgage on the house my parents had purchased a few months before my father died. I was the only white laborer on the cement and I was exhausted in the first half hours. The other laborers taught me how to use the shovel with the cement and saved my job.

Paying cash for doctor and hospital bills gave me a draft exemption during the Korean War but led to a bleak financial future. Good advice from the draft board representative led to waiving my exemption and enlisting for the draft into the U.S. Army.

The Sergeant at Fort Jackson, South Carolina, was a great instructor, teacher, and leader. He was black. When I was offered a course to be an intelligence agent at Fort Holabird, Maryland, both Sergeant Sutton and our Captain recommended I attend.

After six weeks of basic training our platoon won a physical training competition and a weekend pass to the City of Columbia, S.C. We were advised in the first bar we entered that we had to drink in different sections of town.

The soldier joints in the white section were disgusting. My fellow soldiers treated the waitresses like pigs. They even ripped one girl’s dress as she served pitchers of beer to the booth.  After a few beers I left. So this was RACISM!! After a short, walk around the soldiers (WHITE ONLY) sections of town, I went to my hotel room and slept late. 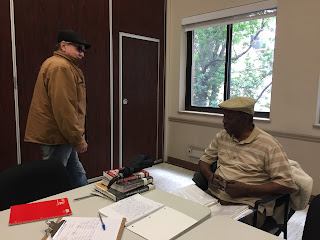 When I arrived at Fort Davis, Panama in November 1965, to begin my tour of duty as Military Policeman, I was greeted by Specialist 4th Class Brooks who took me under his wing. He told me what to expect from the personnel of my new company. He took me throughout the military post and neighboring Canal Panama. He told me what to avoid and where it was safe to go. One piece of information that he related to me was hard to swallow.

He said that if a soldier visited a girl in Rainbow City Panama, sat on a swing that embraced her porch, and accepted a cold glass of water would become married to the girl. To me, the story sounded like a folk tale. I asked him where Rainbow City was located and what was so special about the young females that lived there.

He said that the housing area was located in the Canal Zone, an area controlled by America and occupied by its civil servants of the Panama Canal. He explained that the Panamanians living in the Canal Zone attended American schools, had better housing, access to better food, and occupied a suburban type environment. He said that the girls who lived in Rainbow City were no different than those that lived in the Republic of Panama, but if I had no intentions of getting married, I should stay away from the area.

After I had been in Panama for a year, I was invited to a wedding reception. Guess where? Rainbow City. I guess the groom, who I did not know, had drunk a glass of water while sitting on a swing on the porch of the house where his wedding reception was taking pace. During the reception, I became engaged in a prolonged conversation with a young lady. I walked her home. We dated for a year.

Her father, who was employed as an engineer for the Panama Canal, didn't care for Americans. So I was not allowed in her house for several months. Finally, her mother told me to come inside. While the home in which my soul mate, Elaina, resided did not have a porch, let alone a swing. I guess the story that I initially heard when I arrived in Panama: "If you sat on a swing and drink a glass of cold water while visiting a girl in Rainbow City, Panama, you will marry her" was true.

We divided to get married. When I asked the father for his approval, he told me to ask his wife. Elaina's mother gave her approval. Military law stipulated that a soldier who intended to get married must notify his superiors months in advance of his intended wedding date. The military needed to conduct an investigation of the couple in question, administer a blood test, and conduct marriage counseling, document the procedure, and perhaps facilitate the marriage ceremony.

Because I only had a month before being discharged from the military, we decided to forgo military regulations. We had to get married by means of the underground route, which was a clandestine procedure, one that could have landed me in the stockade.

First I had to contact a law clerk, who sent me to have a blood test. The blood test was administered (would you believe it) by a botanist. Next, we were given physical examinations by a doctor. It rained hard during the day of our wedding. We caught a ciba bus to the courthouse where we were to be married by a judge. The bus driver who knew asked us if we were going to get married. So much for the secret.

Since we did not have a witness, we had to pay a clerk $10.00. The ceremony was swift. I kissed the bride. I couldn't believe I was married. I was ready to leave because it was the last day of the month, the day when our company had to be dressed and information at 6 pm to give respect to our nation's flag. If one were late for this ceremony (revelry) restriction to the barracks for at least two weeks would be the penalty.

Before, we could leave, the judge told me that if we wanted our marriage license to be delivered to the court by express, I would have to pay $20.00. I was under the impression that I had already paid for the marriage license and that it would be available at the end of the marriage ceremony. I paid the money without protesting. What could I do? I had to get back to the post as soon as possible. I took my new wife home and headed back to the post.

When I arrived at the post, I was late for revelry. The entire company was in formation and ready to salute the flag. I ran to my room, hurriedly dressed and joined the formation in record speed. Just as I found by place in line, the captain began the revelry ceremony.

Looking back on the incident, I realized that my company commanders were aware of my intention to get married but decided to overlook my breaking the rules. I am certainly happy about that, because I could have been in big trouble.

When I arrived back at Rainbow City, all of my wives neighbors and friends were at her house. No one was dressed up. There was run, Calypso music from the record machine, rice and peas, a homemade wedding cake and loud singing and vigorous dancing. I have been in five expensive and formal weddings but none could touch my special day.

A week after my wedding, I returned to the United States. My wife joined me three weeks later. My family, who was apprehensive about my marriage, instantaneously adored my bride. My friends in Philadelphia, met my wife, liked her immediately, gave us a reception, and apologized for doubting my decision to marry a foreigner.

While we were divorced after 20 years of marriage, me and my ex wife have remained friends. From our union there were two boys and a girl, who have all done well. We have seven grandchildren. Getting married in the Republic of Panama was one of the best decisions/adventures that I have ever had. 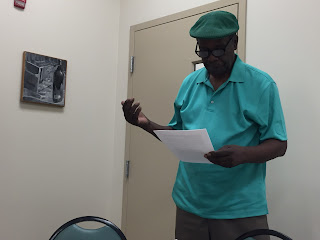