A silver lining to this pandemic is the gorgeous Autumn weather and the proliferation of restaurants with outdoor dining; especially considering how much of us missed dining at restaurants. In fact, during one of the first weeks of Best Day's Zoom sessions, I gave the prompt "What's the restaurant you miss the most?" I was surprised by how detailed so many of these stories were, and I thought I'd post them on the blog and see if any of the older buds got to eat at those restaurants since then.

The Restaurant I Miss the Most

I miss going to the Imperial Inn for dim sum. Imperial Inn was on north 10th street in Chinatown. The Imperial Inn unfortunately closed after 45 years, and the owner retired, and his son was no longer interested in taking the business over. For those who don’t, or haven’t had an experience with dim sum, dim sum is comprised of small Cantonese dishes served with tea. It consists of a collection of pleasing and sweet tastes from a variety of steamed and fried buns, dumplings and rolls. My favorite dishes were the fried calamari, the pork buns, the pork shu mai, and they were the most delicious ever.
Dim sum means “from the heart” in Chinese and it originated from small Chinese houses, were made for merchants that were traveling. And they added small dishes of snacks and provided tea for them as they went on their way.
I was introduced to dim sum when I was living in northern California, and my friends and I would plan to partake in dim sum at least a couple times a month. When I returned to Philadelphia I tried to find a restaurant that had dim sum. Fortunately, a coworker of mine loved dim sum, so we ventured out to the Imperial Inn. And a friend of hers had told her that the Imperial Inn was really good and that they served savory dim sum dishes. When we went we enjoyed the dishes, and were hooked!
So throughout the years we had gone to the Imperial Inn and enjoyed ourselves immensely. I truly miss that wonderful establishment. 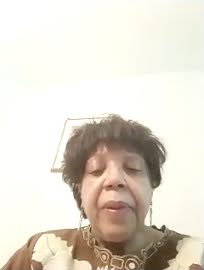 The restaurant I’m going to talk about is Pinefish, which is on 12th and Pine Street. The atmosphere is very shabby-chic, so all the furniture is mismatched as well as the dishes. There are chandeliers with twinkling lights hanging at all different levels. One room has billowing parachute material hanging from the ceiling. There’s kind of a soft jazz music in the background and all. To me, I like it because it has the three C’s, which are – it’s cozy, it’s casual, and it’s comfortable. They have a $1 raw bar, and a happy hour ($5 drinks), and very good food.
But in thinking about this, much as I like the restaurant for its food and all, I like the restaurant for the memories of times that I’ve gone there. The first time I went there was when I first moved to Philly three years ago. My daughters took me there for my birthday, and it was five days before I was scheduled for hip replacement surgery. So Carolyn, this is for you because you can definitely know what I’m talking about. On that day, it was my birthday and I was in so much pain. I lived on 16th and Pine, was only four blocks away, and I hobbled to the restaurant thinking “I don’t want to do this, I don’t want to do this.” When I got there, everyone was there. We had a really good time, and suddenly I knew, everything was going to be ok. So I just remember that whole dinner and it was really nice.
Another time I met José for a long walk, and we ended up going to Pinefish for a drink, and we shared roasted cauliflower that we loved. And we just laughed the entire time.
When a girlfriend of mine helped me move I took her to Pinefish (which is now only two blocks from where I now live). And we had brunch there which was called “Friends with Benedicts”. And everybody there was in a good mood, laughing, and it’s just a very casual place.
So to kind of end this, I will tell you that on Mother’s Day, on Sunday, my daughters gave me a gift card to Pinefish (because it is open for pickup). But, I’m going to have faith and I’m going to hold onto the gift card and hope that some day I’m going to be able to go in there and sit there and enjoy it. So, that’s my story! 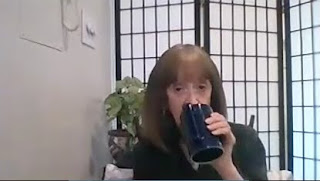 Each year I would go to South Carolina as a child, and I would always enjoy having lunch and dinner at Miss Zillie’s Restaurant which was located in Pamplico, South Carolina, a tobacco warehouse town. And that particular restaurant was in “fresh grow season” the fresh slaughtered fowl and animals from the nearby farms; the workers from the nearby tobacco warehouses would come and eat.
And then on Saturdays when folks came in to enjoy the half-a-day that they would have off from their sharecropping activities, they would gather at Miss Zillie’s Restaurant. Miss Zillie was the sister of my father’s brother’s wife. And she would come down with her children and help in Miss Zillie’s restaurant.
Years later my aunt’s son Dan Junior, who was my first cousin, worked at a restaurant in Philadelphia that was the premier restaurant some 15 or 20 years ago, and had about a good 10-to-15 year run and it was called Mama Rosa’s Restaurant. They had several food trucks out, they were caterers and their main restaurant was very large, it was a very large parking lot was located in Broad and Huntington Park. The facility was large enough to have birthday parties, wedding receptions, etc, and at one time the Temple radio station would operate directly from there.
Now, each New Year’s for perhaps the last 50 to 55 years my aunt who was the sister of Miss Zillie down in Pamplico, South Carolina would have (and I just went to one this past New Year’s) she would always have a New Year’s dinner. And Mama Rosa’s, the premier soul food restaurant in Philadelphia, Mr and Mrs Ritter, that’s what their names were, would come to that New Year’s dinner, and I thought it was ironic that two culinary folk would gather together. It was like fate bringing them together.
Now, one of the things in my research that I found out was that there was a lady who died recently and her name was Vertamae Smart-Grosvenor. She was a culinary anthropologist, food writer and world traveler, and an actress. And she was best known for a cookbook that she wrote which was entitled “Vibration Cooking or The Travel Notes of a Geechee Girl”. Now, ironically my aunt and Mama Rosa’s folks were considered anthropology as being of the Geechee folk that were brought as slaves from West Africa and settled on the islands and coast from Cape Fair, North Carolina throughout Jacksonville, Florida. And with them they kept the same kind of culinary skills, the foods and whatnot and the way of preparing the food.
So that’s my story, how the South Carolina Geechee Culinary Reunion always took place for a lot of years at my aunt’s annual New Year’s Eve dinner. 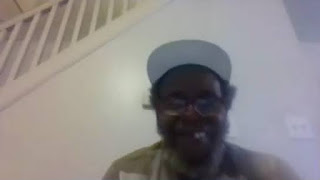