Things change. Ideas come and go. The only constant is change. When we're a child, we know all this. It's instinctive. Why wouldn't people want to change their lives when the changes are so obviously good for us. We shake our heads at how stupid adults are.

When we're in college and our twenties, we see even more new ideas. They're wild, free and exciting and we can't believe we'd ever though any other way. We know they're scary but the fear is half the fun. We take these new ideas and run with them, confident that if we can accept these new truths, we'll accept all truths.

When we're in our thirties, forties, and fifties, we start to get a little worried. Yes, change is good, but do we really have to change everything? Do we really have to uproot everything just because it's old? Isn't anyone worried about losing touch with our traditions, our culture, our history; all the good things we grew up with? And then we try to warn the young people about this and they just shake their heads at how stupid adults are.

We all think we're prepared for change until it actually happens. Former Civil Rights protestors argue with current Black Lives Matter protestors about how to tackle racism, prejudice and institutionalized oppression. Even if we want the same thing, we don't always agree on how to get it.

Best Day is all about sharing older buds' stories with young people, but that dialogue goes both ways. These stories, in particular, are about older buds learning how different their grandchildrens' world is from their own, and accepting it; and being really proud of their grandchildren. We're all still learning, but what's important is that we're all willing to learn.

Note: These stories contain references to racism and transphobia, along with some outdated terms for Black people. If you need to, skip ahead to "If you want to transcribe for Best Day" 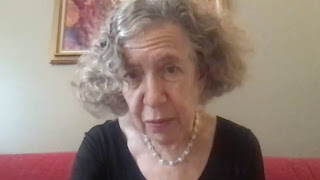 Sometimes life throws a curveball. Gary and I could never have predicted what life has thrown at us out of left field. It was a gradual awakening that has now fully blossomed. We have been blessed with three extraordinary grandchildren, all born with male parts. I called them my three rowdy grandsons.
From the age of 18-months, the youngest, LuAyin, showed a passionate interest in all things girly: Beautiful scarves, dresses, jewelry, makeup, and all things sparkly. As soon as LuAyin could talk, he declared that his favorite colors were pink and purple. For his birthday he wanted Barbie dolls with fancy clothing and princess costumes. To no avail, we tried to steer LuAyin towards the boy’s section at target. He stood as stiff as a board in the middle of black T-shirts with pictures of cars and superheroes, lips pursed in a pouty frown. Next door in the girl’s section, he came to life, transformed by the sparkly dresses and fairy headbands. Movies with superheroes were out. He declared that only movies with beautiful princesses were acceptable.
When LuAyin was three years-old, we were chatting one day about his growing up, and as I said “becoming a man.” He looked me straight in the eye and said, “Grandma, when I grow up, I’m going to be a woman.” It was as clear as day, right in front of our eyes that LuAyin was a girl, but this reality was too daunting. We continued to use the pronoun “he.” LuAyin’s parents insisted that he wear his dresses and princess costumes only in the house, presenting himself as a boy to the outside world. An adult neighbor snatched his doll from him one day, refusing to give it back. “You can’t play with dolls, you’re a boy!”
About a year ago, with the reality sinking in, LuAyin was allowed to wear dresses and other girl’s clothing out in the world. She turned four in June and has definitively declared that she is a girl and wants to be referred to as such. It is astounding to us that such a young child can be so self-aware. We are trying to remember to use feminine pronouns. She has, at such a young age, fully transitioned to be who she truly is.
I always wanted a granddaughter, but I didn’t think it would happen this way. Life has sure thrown us a curveball, and it will be a challenging journey. But life has brought us a beautiful granddaughter; we couldn’t be more proud and happy. 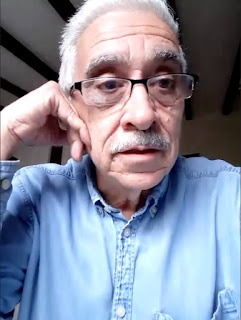 When Beatriz, my daughter, was eight years old, I used to sing her infantile songs from Mexican Spanish author known as Cri-Cri is the greatest songwriter in Mexico of infantile music. One of my favorite songs was La Negrita Cucurumbé, (Little Blacky Cucurumbé.) I love the song because of the rhythm and the message. It’s about a little girl that goes the sea to try if the white waves could lighten her black face. The song lyrics continues: She wanted to be white as the moon, as the waves’ foam. But suddenly, a fish with a fancy hat appears and says to her, “Oh my gosh, but can’t you see how pretty is your face, Negrita Cucurumbé?” The fish message is positive in the sense that all children’s faces are beautiful just as they are. No need to lose the color.
In those times, the discrimination issue was not important to me, and I didn’t think too much about it. At least, for me, discrimination in Mexico was not an issue. Even when, for sure, it was a real problem for lots and lots of fellow Mexicans. In regard to the song appreciation for me, the music and rhythm was enough. Actually, I currently appreciate many songs in different languages, mostly Russian, French, Italian, Chinese, and English, regardless of the literal meaning of the lyrics. But, here in America, I found a different experience that has enriched my musical appreciation, and it’s that understanding lyrics matter.
Several weeks ago, I was playing with Sofia, my five-year-old granddaughter, and I invited her to sing; without that purpose in mind, I played in YouTube, a musical video of the Negrita Cucurumbé. She liked the music and accepted to participate, but when I tried to make her to repeat the lyrics, she told me, “What is the meaning of the song, Pepe?” So I explained that a little girl didn’t want to be black so she went to the sea to clear her face. She became serious and insisted, “I don’t understand, Pepe, why a little black girl wants to change the color of her skin. Please, tell me Pepe.”
I was surprised by the exploration of the meaning of the song and tried to explain the situation as if it was only a personal issue, not a social issue. So I told her, “Well, Sofia, people have the choice to select their preferences. Some white people want to have dark skin, and who submit themselves to sun and put skin darkener all over the body to change color. Some other people don’t want to change color and use hats, sunglasses and protectors, and some people with dark skin would like to clear the skin with lotion protecting the skin from the sun.” Sofia’s face didn’t change with the explanations. I guess I didn’t convince her. Perhaps she thought that there was another motivation that she ignored.
A few seconds later she told me, “But I think we must love our skin color.” Then, touching her skin arm told me, “I don’t want to change my color. I love it.” After that, I remember how Sasha, her mother, never takes decision based in skin color. Sasha also have a lot of things regardless of the skin color. Another thing that they frequently mention is that for them, Philadelphia is a great and beautiful bubble where friendship is the norm and skin color diversity is one of the many things that enriches our city community.
Sofia thought the same as the fish of the Cucurumbé song, that every children’s face is pretty. In the song, there is no mention of any social problem. So, for the moment, I kept the girl’s struggle as a personal issue. 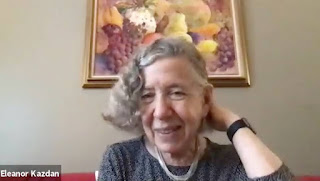 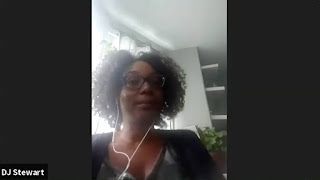 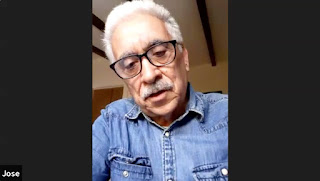 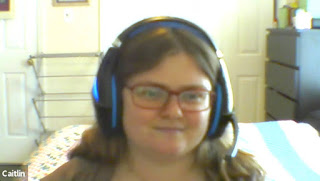 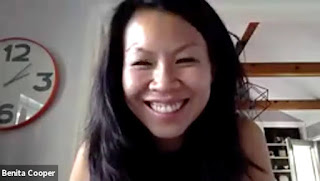