In the Spotlight (Norman)

Our 10th Anniversary Celebration is only one month away, and we’re trying to get as many guests, businesses, volunteers and older buds involved as possible. We’ve started passing out fliers at PSC last week to find older buds interested in volunteering at our story tables. That’s right! Anyone who comes to The Best Day of My Life So Far’s 10th Anniversary event (10AM-4PM at the Philadelphia Senior Center, 509 South Street in Philadelphia) gets the chance to hear some brand new stories from one of the stars of our blog. In fact, you can check out a few of them from our current group of writers here: 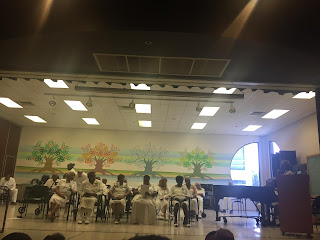 But I wouldn’t cheat you out of a new story. Here’s one from older bud Norman about migration, just in time for the birds to go south for the winter.

Norman Cain
08.15.2019
There is No Place Like Home
There are animal species who migrate and return to their points of departure yearly, among them, flocks of birds who migrate to warmer climates in the fall and return to their points of departure in the spring. Then there are some animal species that migrate to other areas – maybe because of food – and do not return to their initial areas of departure.As for myself, I feel that I had time in my life, I could have embraced the two aforementioned migrating patterns; dual and singular. Duals being returning to point A+B during a regular basis and singular meaning to migrate and never returning to your initial point of departure. During my youth and teenage years, I would on an annual basis, leave Philadelphia each summer for South Carolina where I was parented by my maternal grandparents.
Between ages 17-18 and 19, I would migrate to a camp in the Poconos Mountains during the summer and College in West Virginia during the Academic years; only to return to Philadelphia upon graduating in 1964.
After Danny discharged from the Army during the summer of 1965, I resided in Philadelphia. 10 years before migrating between Atlanta, Georgia, and Philadelphia for 3 years – with one-year permanent residence in Atlanta. I was then stationary in Philadelphia for 10 years before living in Ocean City, Maryland for 17 years – until returned.
I have been living in Philly for 17 years. And plan to remain here. So, I have embraced both the singular and dual migrating patterns throughout my life. But of course, I take pro-life trips.
I will close by saying that I never intended to make Philadelphia my permanent residence but as the adage states, “There is no place like home sweet home.”

We’re trying to get as many older buds’ stories as possible before our 10th Anniversary Celebration. Send us their stories through this form. And if you want to do more to end senior isolation, click here to participate in our tenth anniversary celebration, Friday November 8th, 10AM-4PM. Or if you’re looking to bring our storytelling experiences to your workplace, check out our lunch and learn.
Unfortunately, no Senior Selfies this week. Some of the older buds were singing in Gospel Choir last week, so we went to see their concert. That’s the other reason I called this post “In the Spotlight.” So I leave you with these pictures from the concert. 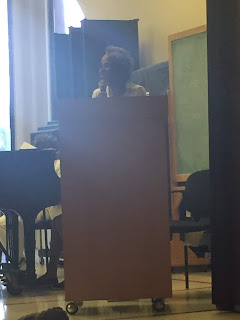 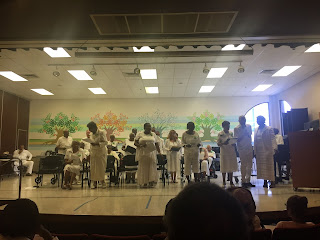 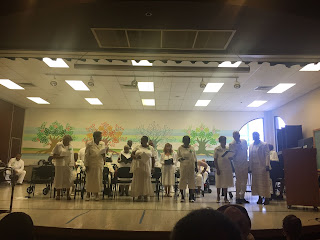