You've probably read me talking over and over and over on this blog about our 10th Anniversary Celebration; and I'm not going to stop now. Best Day has picked up a lot of storytellers throughout its ten-year run, and it's spread to seven different states, often with multiple locations in each state. We've been reaching out to local businesses to donate to our 10th Anniversary Celebration, gathering volunteers and writers, and stocking up on T-shirts. In fact, I'm proud to announce that our older bud Norman is bringing writers and volunteers from Center in the Park to the Philadelphia Senior Center, for double the stories and double the fun. 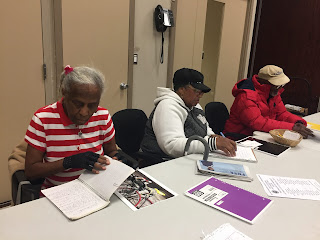 And we're still looking to decorate our Tenth Anniversary Celebration with lots of stories form lots of older buds! Send us their stories through this form. And if you want to do more to end senior isolation, click here to donate or participate in our celebration, Friday November 8th, 10AM-4PM. Or if you’re looking to bring our storytelling experiences to your workplace, check out our lunch and learn. 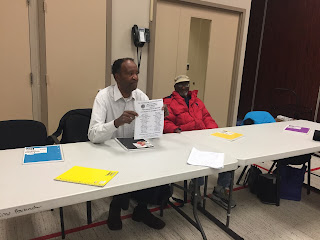 Events prep comes naturally to our older buds, and we've got just the stories to prove it. Check out these remarkable entries from Norman and Ann: 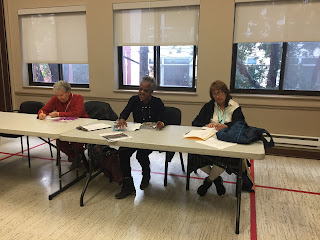 Back in the ’40s and ’50s when seasonable weather was predictable, the boys in our crew engaged in prescribed routines that would coincide with the various periods of the year.  During the brisk temperatures that accompanied the fall, we gathered on the street each day to play touch football. In the winter, we threw snow balls, built snowmen and cruised on sleds.  During the spring, we played stickball and skated. During summer, we engaged in an activity that was held dear.

It was as if each day during the summer months could be considered a heatwave, and to make matters worse, air conditioning was years away.  There were no area swimming pools. We could only envision going to the seashore. Hand and electric fans did not generate relief, but there was a way that neighborhood occupants managed to cool themselves off.  We drenched ourselves in water from the fire hydrant which we referred to as the water plug. We turned on the water plugs, it was illegal, but it was traditional. In order to turn on the fire hydrant, a certain procedure had to be implemented.
We would have a boy stationed at each end of the block to watch out for police.  Two boys would emerge from the alley with a double-handled hydrant wrench that was kept hidden in an abandoned building.  The wrench would be placed on the valve of the hydrant and the boys would strenuously and rapidly turn the wrench until the water began to pour from the hydrant opening.  The boys would then disappear into the alley, and replace the wrench in the abandoned building.
The neighborhood residents, both young and old alike, would then wade, douse, soak, splash and chill themselves from the refreshing water coming from the water plug.  Blankets of arching dense sprays of water, which was created by a boy’s posterior on the opening of the hydrant would rain down on all under the soothing waterfall. Cars would receive a free rinse.  Buckets of water would be thrown on fleeing victims. Females would have on bathing caps and little boys would race popsicle sticks and toy boats in the stream of water flowing beneath the sidewalk – making sure that their vessels did not go into the sewer.  Eventually, the police would come and turn off the water plug.
Pleasant memories. 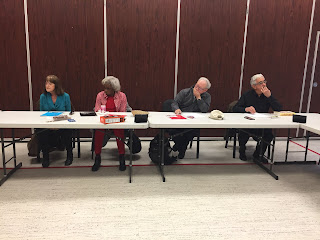 Do you remember the Jerry Lewis Labor Day telethons for kids with Muscular Dystrophy? It was a tear-jerker that went on for many hours as Jerry pleaded for donations.
Another part of his mission was encouraging kids to put on carnivals in their backyards to raise more money. So one summer, the kids in my neighborhood and I decided to send away for one of his kits. There were about 8 of us, average age of 10-12 and we decided we would put on the best carnival ever.
First step, said the kit, was to decide the location, most likely someone’s backyard. All the moms (who thought this was such a cute, adorable undertaking) offered their respective back yards, but we had bigger and better plans. There was an empty lot in the middle of the block and one of the fathers knew the man who owned it. The father said he would talk to the owner but suggested we also write a letter. We proposed that if he said yes, we would clear the lot of branches, twigs, dead leaves, and weeds for free. So he said yes, of course.
Next step in the kit suggested doing something special such as face painting. Well sure, we would do that, but once again, we wanted something bigger and better, so off we went to Mr. Carmen’s house who had a nice wife, 2 lovely children, and a Shetland pony. He had often let us visit Sandy the pony and feed her carrots. We politely asked him if he would give pony rides at our carnival in exchange for weekly pony brushings from us. So he said yes, of course. But he sweetened the deal by telling us that he had a little pony cart in the garage with a straw hat with flowers for Sandy that he would use. Bingo!
Next item in the kit – refreshments. Strictly a mother-dependent area. We used the psychology of approaching our own moms and saying, “Mom, all the kids think you make the best brownies, or cupcakes, or cookies, etc. so would you please make them for our carnival?” So they said a very expressive, “Yes, of course, sweetie.”
The kit suggested making signs and posters to advertise the event. No problem … there was a couple on our block who had no kids, just 2 poodles and the man was a commercial artist and designer at an ad agency in the city. So in our visit with him, we proposed free dog walking for a month in exchange for signs and posters. So he said, yes, of course, and proceeded to make beautiful high-quality signs plus a banner for the carnival’s entranceway! In addition, his wife (who we all used to be afraid of) sweetly volunteered to make and donate homemade lemonade and quickly became our favorite non-mother on the block.
The toughest group to negotiate with was our respective older siblings who thought they were too cool for our silly carnival. After several closed-door mediation sessions, they finally said yes, of course — after we pretty much offered to be their personal slaves for a long period of time. So my budding artist sister became the face painter, her friend became the fortune teller (complete with magic 8 ball), someone else’s brother pitched a tent for that fortune teller and another brother became Leo the Magnificent, performing tricks from his recently purchased major kit.
After several weeks of hard labor, cleaning out the lot, and with help from our parents constructing frames for our ring toss, bowling, and fishing games, the big day arrived. At first, it was attended only by our neighbors, but they were very impressed and started calling nearby friends and relatives.
Someone called a friend who was a reported on our small weekly local newspaper. She arrived and interviewed us, took pictures of Sandy the pony pulling the car, and we were published in the next week’s paper. A cop came by and blocked off our street with cones so that Sandy could give better and longer rides. When we started to run out of food, our parents, still shocked by our success ran to the store and replenished the refreshments table. And so, when all was said and done, we raised about $100.00. In our innocence, we thought we’d get a thank you call from Jerry Lewis, but instead received a form thank you letter and one “Kids for Jerry” t-shirt which we took turns wearing, but it was a great experience and my only regret is losing that newspaper article over the years. 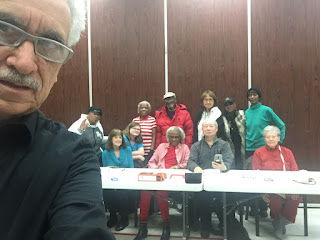