The Sincerity Project or To Drexel, Part 3 (José)

A few weeks ago, the people of Best Day went to a writing workshop sponsored by Drexel’s Dornsife Center and FringeArts. Everyone who attended was given a free ticket to The Sincerity Project, a show that was devised by Makoto Hirano, the same person leading the writing workshop. Most of us said that we could see the Saturday June 8th matinee, but life got in the way as it often does. Joyce, for instance, made a point of leaving early so she could drive out there. Unfortunately, her car broke down, and then she took SEPTA and got some bad directions. As a result, she only made it to the show fifteen minutes before it finished. Fortunately, I was able to see the show with older buds Delores and Cara, and Best Day volunteer Victoria, and I even got a quick pic with Joyce. 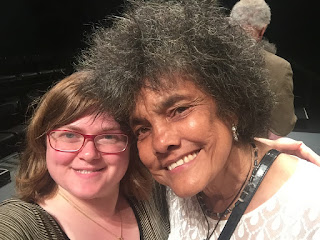 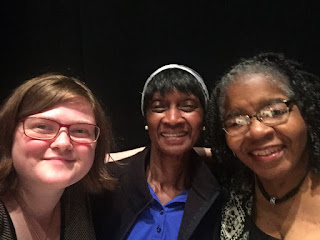 So the gist of The Sincerity Project is that it’s  one biographical show that gets performed every two years. Each year they give updates on what happened to the cast during the past 2 or so years, and how that changed the show’s direction. One performer’s transitioning from male to female, for instance. One part of the show featured the oldest actor, the youngest actor, and a cooler full of soda. The minute the oldest member could no longer lift the cooler completely over his head, the younger would step in and help him. All in all, it felt very intimate, like you were invited to someone else’s living room.

There Are testimonies to Testimonies

A long time ago when posing as a lawyer in México, a testimony was a personal corroboration to establish the existence of a fact. Some testimonies I coached were real, some were half true and some mere fantasy. I didn’t get into trouble because God is great. Some 30 years later I heard my brother’s Ramon testimony. He was a born again Christian after living a disastrous sinner life, according to his public testimony, which didn’t impress me too much — not because he didn’t touch upon those painful days, some of which I witnessed — but because of some [of the] inconsistencies that I identified as pure imagination.Obviously, the testimony changed each time he testified and embellished his encounter with Jesus to dramatize the impact on the public. This was the case when he stated that during his infancy and preadolescence the Bible was a prohibited book in our house and that it was hidden so none of us could read it. Nonsense! Since I have memory, I remember it was the biggest book in our library and because of its size, 2 by 1.5 feet, it was over a special table almost in the center of the room. Maybe he tried to present himself as a victim of a plot so he could not be in touch with Jesus.The next encounter I had with testimonies was when my wife and I become permanent legal residents or green card holders. As soon as we changed our address to El Paso, Texas, we were involved in a Catholic community at the San Martin’s Church at Sunland Park, New Mexico. Maria’s participation on the ACTS retreat was fallowed by mine. ACTS is a Catholic ministry that exists in almost all Catholic churches in Texas, and it’s attended by parishioners interested in serving the church community. For me, and almost to every person that happened to experienced it, the retreat was a very powerful event to change our lives. The central and more intensive part of this event were in my case, the 7 or 8 testimonies of fellow parishioners. They admitted publicly being sinners and described their wrongful lives. They also communicated how much pain inflicted on their families and friends, how regretful they were and how Jesus was the savior and total meaning for their lives. They included biblical quotes in the presentations and ended concluding that Jesus died to clean our sins and that our personal salvation and peace in this life depended on our faith. The testimonies were really impressive, they covered a great range of excesses, betrayals, self indulgences, offenses, violence, avarice, self destructive behavior, etc. Moved by those lives in pain and repentance each one of the 35 participants took the stand to add their personal testimonies increasing the spectrum of wrong doing and sorrow. They spoke about drugs, lives dedicated to money, uncontrolled sex, lying, even homicide.I was reluctant to say anything about me and that made me the last one to declare. It’s not that I did not have sins, of course I have never been perfect! What I did not want was to fantasize saying something simply to agree with the situation. Standing before my companions without haste, doubt, nervousness, or emotion I began to say with calm: “My life has been so favored, and the people around me so caring and I have not been inclined to extreme behavior that I don’t have testimony to give and I will not exaggerate any of my stupidities or wrongdoings to make you believe that I have suffered and that I am repented. Of course I regret not been more loving with my wife, I could always have been a better father with my children, or a could have been a better citizen, etc. For sure my biggest wrong doing has been not doing what’s necessary to find my true self and embrace it passionately. If I had done that, I would not have wasted my time in omissions or nonsense. The pain that I have are for all those things that I could have done and that I have not done only for my own comfort and well-being. Nevertheless, I thank God for the life I have lived and the wonderful opportunity to live.”

If you have an hour or more to spare, then share an older bud’s story through http://bitly.com/shareastorytoday
I've posted stories about about targets, guns, potatoes, stubborn babies, and one about the Rocky Horror Picture Show.

Or if you'd like to contribute to our 10th Anniversary celebration, then donate at
http://bestdayofmylifesofar.org/donate/ 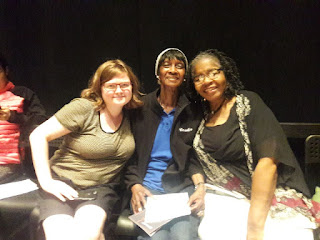