Everything’s in full swing at the Philadelphia Senior Center. Everybody’s coming back with the warmer weather, Norman’s working on his W.E.B Du Bois symposium, and I’ll be going to a volunteer appreciation luncheon on Friday. Last week, we were asked by the Milestones newspaper for short essays by seniors about the topic “Diversity in Philly.” The only hiccup was I only heard about this opportunity last Wednesday, and the deadline was that Friday! We only had Thursday to write a 300-500 word essay, but you know how good we are at writing substantial stories in a time crunch. Suffice to say, we made that deadline.

I won’t put the stories on this site yet, since I know newspapers can be stingy about where else their stories get published. But we do have some selections from some of the older buds who did submit their works.

Today is the anniversary of the day my birth, February 16. Today, I am 79 years old.
And I have no living, immediate relatives. Everyone would have been order than I that passed on.
These years have been very good to me. I have experienced the love of my father, mother, brother. I have even known the love of my dearly beloved grandmother. I have experienced the joy of experiencing the seed of my sperm come forth from the walls of a woman’s womb. I have never been wealth. I have never possessed silver or gold. But I have had a very rich life. I look back upon the years. I have had some grit, but I wouldn’t change a thing. For the experiences I’ve had made me who I am today.

There was a period in my life when everything was black and white. All about me. I thank God I have grown past that.
My mom would say to me and my siblings “Think about someone than yourself.”
During the duration of the Vietnam War, I was critical of the soldiers would that were fighting in the War.
The climate was very intense between the soldiers and the civilians in this country.
When there was a release from arms forces, it was done at 12 midnight to avoid the protestors.
My brother was a marine, did an extra 4 or so that my younger brother would not be drafted.
When they finally had a parade for the Vietnam vets, I was an attendee to thank my brother and all who served the country.
I am now grateful to God and for those who have served service in armed forces of the United States of America.
Hate war, love the people who have fought for this country. 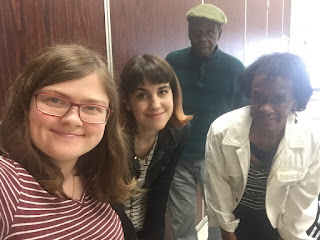 We promise that our older buds won’t forget all you readers and rebloggers out there when they get their big break.
Curated by Caitlin Cieri
Newer Post Older Post Home