Millie (A Closeness to Each Other) 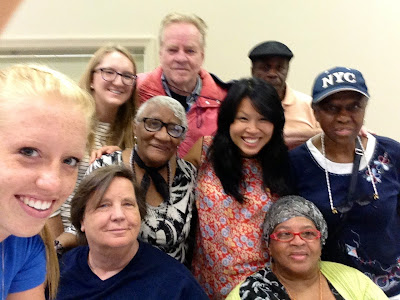 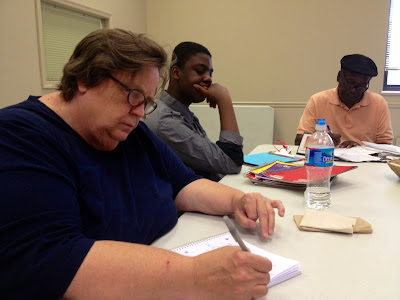 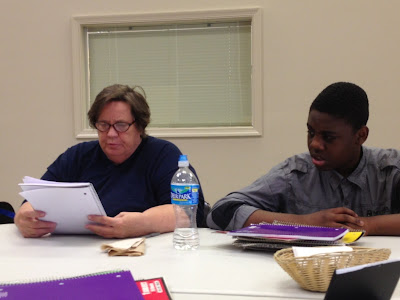 Hope you all have been enjoying the summer! I love the heat and sun personally even with my now as-large-as-possible belly ;) Well, today we've got a treat for you more refreshing than ice cream! Millie is taking us to icy Alaska where she grew up.

June 20 was the first time Millie came to class, and I will never forget what she said, “This is the first time I am here, and I can tell I have landed in a very good place.”

She is now a dedicated member of our class, always one of the first to show up before each session, and always offering the warmest, most genuine greeting to every new senior and younger visitor who steps foot into our room.

And with that, two stories from Millie's childhood in icy Alaska to warm our hearts.

When I was 12½ my family moved from S.C. to Fairbanks, Alaska. My older sister and my younger brother were part of an Air Force family that had seen some hard and violent times. In some ways, the move to such difficult weather conditions gave us siblings a new start. After a year in Fairbanks, we were transferred to a base an hour west where all the children were of Air Force parents. There was always a difference between students from the civilians and the Air Force children. The base was isolated with extreme cold, ice and snow and we felt a kinship and closeness to each other.

My brother, sister, and I delivered movie flyers to houses on the base.  Every week we delivered, we got one pass to the movie house that was open three days a week.  My sister and I also babysat for 50 cents an hour.

I had been in Alaska for a couple of winters and had learned how to dress in layers, being careful to make sure skin was covered as much as possible, tucking pants into two pair of sock, wrapping plenty of scarves around my neck.

Parka zipped tight with the fur-trimmed hood pulled over the wool hat, flyers tucked into my pocket, I left the house, a half a block later my eyelashes froze together.  I returned home, telling my brother how cold it was.  He said, “We don’t have to deliver when it is more than 20 degrees below”.  It was 42 degrees below.