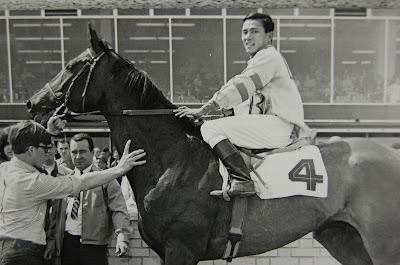 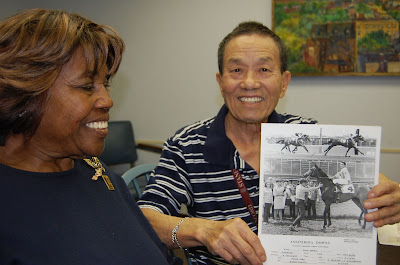 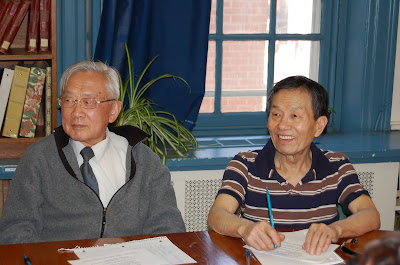 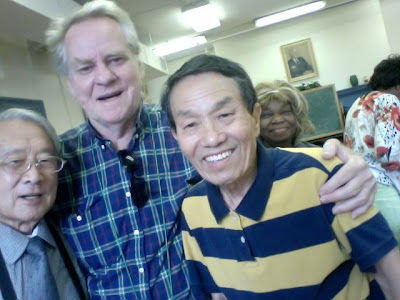 Sometimes when the mood strikes, a senior would write two or three stories in class but pick just one to read out loud. Then after class, he or she would still hand me all the stories to share here with you guys on the blog. I still remember the first time I noticed this happening. It was actually a while ago. The story that Beatrice read out loud was fun and sassy, but the one she handed to me – unread – was intense. It was about a letter that she had written and still hadn’t given to one of her sons, because she was still waiting for the right time. You can check out that blog post Here. It made me realize that telling your stories to your peers is one kind of wonderful and telling your stories to the world is another kind, and it’s having the opportunity to do both, or either, that makes our seniors a little happier each week. A few weeks ago, Robert wrote a long story and a short story. Both are soulful. I love both equally. And I think there’s something awesome that the short one is the one he chose to read out loud.

Today is November the 17th, 2011.  The times have sure gone by very, very fast.  Next month is going to be Christmas and, of course, right after Christmas it will be New Year’s, which means another year has gone by, and after the New Year, I will be one more year older.  Would you believe it, I will be 71 years old.  Oh, my Goodness, I’m going to be an old, old man.  I mean how can I be that old?  I remember when I was still in school.  If I heard someone mentioning an 80-year-old man or woman, I would say and think, I will never be that old, never mind that I will be in that state. Now I am, I must face the fact.

And just to think of it, it has been a long, long way for me.  First, I was in the 2nd World War, then the Japanese War (from 1940 to 1948) then I went through the Chinese War (from the Got Man Don to communist China.)  It sure seems like I never had a quiet, peaceful year. And would you believe it, right after that, I immigrated to other countries.  I came to Canada at first, but that country was never meant for me, because it’s in the northern part.  And I hate the snow – and cold and windy places – so I came to the US, which meant I had to learn another world and system.  So just think what kind of life I have been and gone through.  All in all, thank God I been through and developed a wonderful one.

Before living here, I was the 1st Chinese and the oriental jockey in this country’s system -  back then there were no jockeys who were blacks or other colors.

As we reach the winter times, it’s very windy and cold but we still wanted to come anyway.  We need to support our reading club.  Mo and Mike (Michael) and I walk about 3 miles – 14 blocks – because I don't want to miss our reading club.