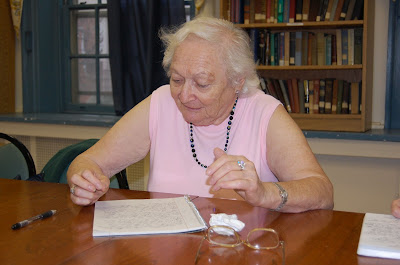 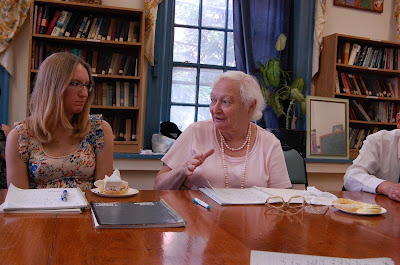 Christmas week is suddenly here – can you believe it? I was rereading through my senior buds’ recent stories, looking for something to post today that would ring in the holidays with a bang, when I came across a pair of Doris’. Unknowingly I think I was looking for a spectacular story but it was these quieter ones stopped me in my tracks. Even though they aren’t specifically about the holidays, they remind me of how closely connected we all are, which to me, is a big part of what makes the holidays – and life itself – so merry.

Stick around… up next, to keep the holiday spirit rolling – a Santa story and a Christmas love story!

Fifty-five years ago my son was sick.  He was in Children’s Hospital.  I saw this young couple in the lounge.  We started to talk and I found out they were from Guatemala.  Only the husband spoke English.  He was a Dr. in Guatemala.

They had a two year old in the hospital.  They said their son shot their daughter in the head.

I invited them to my house for dinner.  They were very nice.

A couple of weeks later I carried her to the train.

Shortly after they called me to say she passed away.  They kept in touch with me.

One day I was surprised to get a knock on my door.  They sent me a native skirt and all my children native gifts.

My son was still sick.  Two and one half years later he was in Einstein Hospital.  The father wrote me a letter saying he was going to Florida to a convention and his wife could not go because she was pregnant with her sixth child.

My son was getting medicine in the middle of the night.  A nurse sat down next to me and said she just came back from Florida.  She met a man from Guatemala.  She met my friend.

It is a very small world.

Twenty-five years ago, I had a store in Center City. A young woman came into my store.

I said, “You remind me of another girl that came into my store.” She said, “You say that every time. My husband plays for the Eagles and I live across the street. Here is my phone number. Call me when she comes in.”

They started to scream. I found out they were roommates in college and didn’t know
where they were located after school. They looked nothing alike and could not believe I put them together.