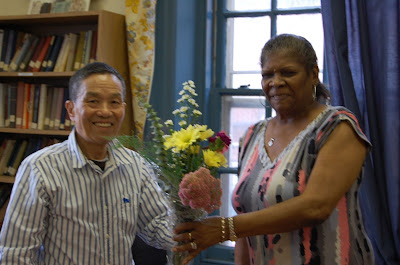 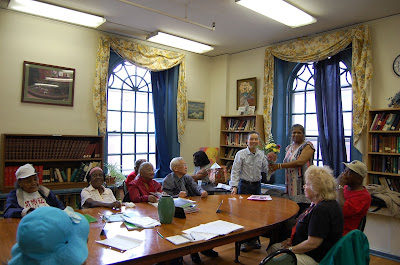 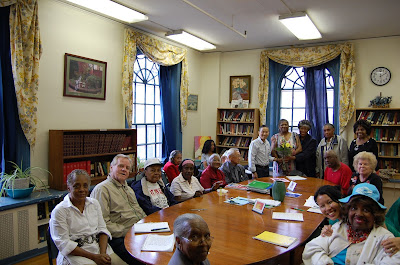 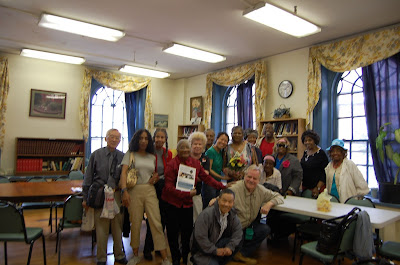 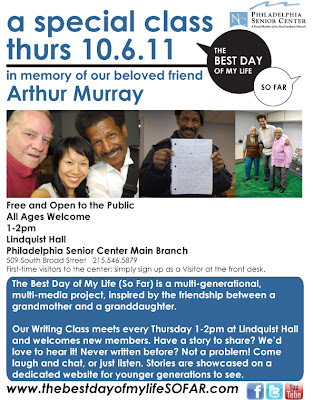 I had talked to her younger daughter earlier this week when she called me on the phone, but I didn't realize Ardelia was showing up. We hugged, no words needed exchanging. I felt like I knew her already.  Turned out, in a way, I have always known her - when I introduced myself, she smiled through her tears. And paused. And told me her older daughter's name is Benita. I couldn't believe my own ears. The “coincidence” was too beautiful to believe.

Because she showed up when the group was already writing quietly, I waited for her turn in the "reading order" to introduce her gently to the class so as to not make her or the group too sad, and she stood up and said that being there today was the best birthday gift she had ever got – then she told us that today was her 75th birthday. I mean, for me, that meant the entire universe. THIS "coincidence", the magic, the meaning of that, is too huge for me to ever understand. The fact that she was standing there in place of her brother whom we all loved so much, and in place of his passing told us it was her birthday.

Robert had brought flowers for the table in honor of Arthur so he gave them to her. Literally, from memorial flowers they transformed into birthday flowers.

There were a few stories today about Arthur, all extremely moving, from Mo, Loretta, and believe it or not, from Robert too (our 2nd Robert, Robert Mitchell... btw he got crowned with the nickname Mr. Robert today whereas our 1st Robert is getting called Bobby more and more officially now) - saying that even though he didn't know Arthur well (because Mr. Robert joined our group after Arthur got really sick) Arthur made an impression on him. And a story from Henrietta too called “A Farewell to Arthur: Smile” and signed, Writing Sister. And Henrietta made a collage for Arthur too. He didn't have an organized burial or memorial service, so Ardelia told us our "Special Class" on 10/6 will be really meaningful for her, it's exactly what she needs.

Meanwhile, around the table - and it was one of our higher attendance today - there were stories on all things, and a lot of funny stories. My senior buddies are so perceptive, they knew the group needs humor and cheer, and one by one they stepped up to the plate through their writings and did just that. And Helen who said she was just listening today, said she was so happy to see how big the class had gotten since our first days down in the basement, and then I looked at my watch at the date and realized two days from today, September 24th, is our class' 2-year anniversary.