Day of the Girl (José & Diane)

Coming up next is the seventeenth part to Diane Richardson’s “When I Met My Hubby.” But first, International Day of the Girl.

Tuesday was the International Day of the Girl, and in a surprising coincidence two older buds told excellent stories about women's issues. Gloria's story about the need for safe and legal abortions will need to be transcribed before we share it with the world. But José's story about his teenage daughter speaking out against a teacher is right below. And even Diane's "When I Met My Hubby" story revolves around fighting sexism:

Beware of what you ask, you may end up obtaining it and later, after you have what you asked for, the real struggle begins. I have learned that to ask a question I must be sure that I can stand the consequences of my asking. Perhaps that’s why Solomon asked for wisdom instead of stuff. After receiving an answer to my question, my response will show if I’m improving in human quality or if I simply ended with the expected answer just to continue social conformity.

A long time ago when living in Ciudad Juarez. My daughter Beatriz was 13 years old. She was studying at the most prestigious secondary school in the city, which was called Colegio Mexico; Catholic Maristas Brothers were in charge of the school. They are Chatolic teachers dedicated completely to education, and they had a good reputation in this field; the school offered Secondary and High School levels. She was in the second grade. Since very little my daughter was very straight and outspoken and did not have limitations to express her thoughts. One day one of the school teachers, asked for feedback, according to him to improve communication and effectiveness, since, I suppose there was turmoil around his way of teaching due primarily to his personal traits. Accepting the teacher’s invitation Beatriz wrote an extended essay about her feelings and thoughts and delivered the paper to the teacher. The next news was that I received a phone call where I was requested to have a person-to-person talk with the school director. I attended punctually and was promptly received; after asking me to take a seat, the director told me that he had a paper with Beatriz's feedback to her teacher in his hand.

“Well and what about?” I said.

"It happens that it says things that puts your daughter in a position where we can not admit her in our school and I regret to tell you that she is no longer a student in Colegio Mexico."

I felt offended for sure, but decided not to miss the opportunity to state my opinion. I said to him: “Fortunately this day came, so I can rescue my daughter from a school that praises hypocrisy as a fundamental value; I suppose that the teacher who asked for the feedback was waiting to be glorified even when he did not deserve it. I guess he rather prefers conformity and passivity from his students; for that reason, I think this is not the school I want for Beatriz and I believe that such a teacher is not at the level of honesty and maturity of her. Thank you for freeing her from this evil influence just in time, and I’m sorry about the harm that you are going to cause in the future to those students that will continue with that immature educator. Come, Beatriz, let’s go!”

And we disappeared forever. 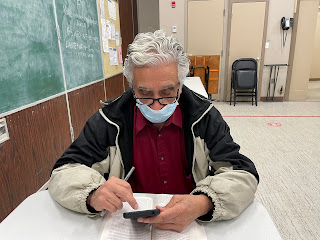 We now return to our continuing story, "When I Met My Hubby, Part 17" by Diane Richardson:

Diane Richardson
07.19.2022
When I Met My Hubby Part 17
So, Joe and I are doing well. He’s so sweet and kind. I can’t believe I’ve been blessed with him in my life. Since he is now paying the rent, I can save all that money. I sure appreciate that. I’m still at the prison and most of the guards are fair to the inmates except this one. He’s especially cruel to the female inmates. He gets pleasure in demeaning them and denying them their privileges.
Most of the females bend over backwards to please him. There is one female that doesn’t, and he makes her life a living hell. He disrespects and degrades her every chance he gets in front of everyone; and she does it right back to him. This infuriates him.
One day he caught her alone in the hall, grabbed and started banging her head into the concrete wall. She started screaming and we ran out into the hall where her head was bleeding. He was saying she assaulted him, and he was restraining her. He pushed his panic button, and all the guards were coming. What he didn’t know was I saw him assaulting her.
So, the police were called to take an incident report and the female inmate was transported to the hospital and I reported to the police what I saw. There were incident reports taken from everyone. The Phila Police Department internal affairs were brought in to take statements from everyone. The guard asked all of us to make a statement in his favor verifying his statement. I told everyone if they did, I would swear they were lying, and they didn’t witness the incident as they were not there.
The guards often get the staff to falsify statements for them, but not on my watch. I said do you all want to risk your jobs to cover for his abuse? The inmate was hospitalized for a while and the guard was put on administrative leave. I got a couple of threats from C.O.’s telling me to mind my business. After talking it over with Joe, we decided it would be in my best interest to come off of this assignment. 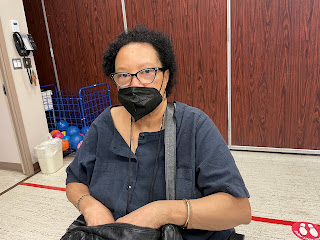 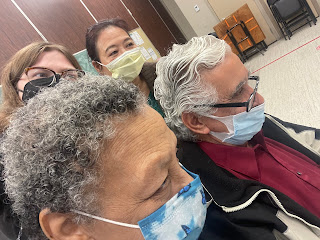