A lot of us weren’t able to celebrate Thanksgiving with our family and loved ones this year, so I’d like to invite you to Best Day’s table by sharing some Thanksgiving stories from our older buds:

Carolyn Boston
11.19.2020
The Little Drumstick Boy
Several years ago I was at my great niece’s home for Thanksgiving and we always looked forward to going to her house because she is an awesome cook. So it was with great anticipation that I and the rest of my relatives joined each other on Thanksgiving. We were all starving as we sat in the living room for the announcement that the food was ready and we could come to the table. The smell of the food was just setting us in a fit, and finally we sat at the table. Her little son Alex, Alex’s dad said the grace and we were ready to start eating and she announced, “we can now all eat.”Before anyone could take a breath, Alex, who is either three or four, ripped off the Godzilla-sized drumstick and started eating. Everyone at the table was in shock. Little Alex ignored all of us as we burst into laughter. His teeth sank into the meat and ripped it off like a Neanderthal. We all laughed so hard that we were crying. Alex was totally unflustered by our laughter as he consumed gargantuan-sized turkey drumstick, and the funniest part of it was that the drumstick was almost as big as Alex. He had to be either two or three, and it just looked like this huge drumstick with this little body behind it. We laughed and laughed and laughed. We also took pictures so that we could never forget that moment. This is just a short story, but I can remember that picture with that drumstick to this day and laughing. It was just an amazing sight. 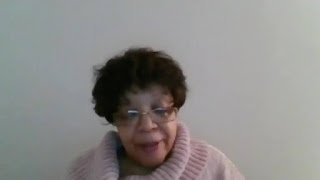 Having a Nice Thanksgiving Dinner

Having a nice Thanksgiving dinner, I went to my daughter’s house. She lives in Southwest Philly. We had so much food. I saw some of my grandkids and great-grand kids. My grand-daughter came here from Texas. She came by train and plane – her first time. I was so glad to see her. She has a good job in Texas.

We have so much to be thankful for. I think about the storm named Sandy. She did a lot of damage. God knows how much we can bear – my 29th great-grandkid was born last night at 9 o’clock. A boy, 7lbs 4oz. My family tree, still growing. 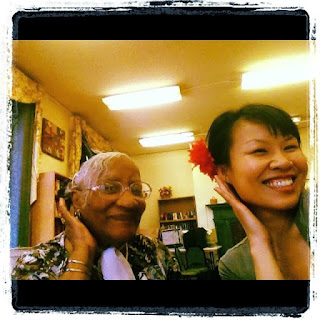 When I was born my forbearers presented me with the key to the avenue of the straight and Narrow, where opportunity laid waiting. I Casted it to the wind. It landed on Bacchanals Wide, Wild Boulevard. I cared less. For to me, the key was nonessential to my chosen Destiny at that time: tenure in the dens of inequity, where I reveled hardily and drank Abundantly-starting At Sun-up to well after sun-down-from the vessels of Wantonness, Which caused me to taste the bitterness of defeat, feel the Painful clutches of despair squeeze lifelessness out of my ethereal core, leaving me in the vise of self-destruction.One night, I in the clutches of drunken slumber, encountered, thru vision vivid, three ancestors, silently walking in a single file across the long dusty road. On each side of the road there were tobacco, cotton and corn fields. At the head of the procession was my great uncle Charlie, the oldest of the Cusack clan. He was dark, short and keen featured. He was a farmer and recluse. He was followed by his my paternal grandparents: his brother Lexington, a ebony hued, short stature, Congolese Featured man who was a farmer, educator fraternal leader, business man and his wife, Virginia, an olive Skinned, keen featured house wife.When I told my mother, who had taken me, because of my transgressions, from the head of the dinner table when my father died, of the dream, she without hesitation proclaimed: “They came to tell you that you can make it.” This vision caused me to remember the time when I traversed the same dusty road that appeared in my dream during the scorching south Carolina summers (in the days of my youth) when I, a northern boy, was sent south to my grandparents farm after school was closed for the summer.Then I would be barefoot, shirtless, wearing a straw hat and trudging to and from my grandparents’ tobacco field. The dream conjured memories of the house that Uncle Charlie, the first in the procession that appeared in the dream occupied. It was the house that was fronted by humongous, fully leafed cloaked tree, stretching towards the heavens and whose strong roots would not allow it to be moved, in spite of elimination four of the eight rooms that housed the family of my paternal great & their 1 children.Each day, me, my sister and, Delores, my older cousin, who was raised by my grandparents in their house down the road, would visit Uncle Charlie, who briefly lived at 40th and Market Street during the 1920’s. There was a family portrait Upon the South wall of living room. It included my maternal Great grandfather George Wainwright Cusack who was seated and dressed in a black suit. Standing to his right and dressed in white was his wife, Nancy.In the background stood the 11 children of the family; Charlie, Emma Georgia Lexington, Spencer Beatrice, Amelia, Lorenzo, Suzan Ellen, and Maggie. The house was like a family museum. Upon the floor lay the instruments that the Cusak Band played specifically during Juneteenth. Among the instruments were a snare drum, bass drum, tuba bugle and piano. Uncle Charlie would play the instruments and tell us folklore and ancestral stores.The dream induced me to recalled how my grandmother, who when I contracted, on consecutive summers, the chicken pox and measles, physically healed me by applying the suave of roots to my infected body. The dream further induced me to, shortly after having it, visit my grandmother at the homestead in a futile attempt, to elude the sinful temptations Philadelphia. During that visit she bestowed healing, wisdom encouragement and family history upon my shattered soul.The dream allowed me to recall how my maternal grandfather, who taught me how to shoot a rifle and handle mules, order me to kill as snake. He periodically told me about the time he and my paternal grandfather, Dan Cain, rowed a man, who was sought by the Klan, across the Pee Dee River and into of North Carolina. The man resided safely in North Carolina. He returned once to South Carolina. Then he attended his wife’s funeral. He avoided detention because he was dressed as a woman. After the recollections.That Vision Vivid Dream had me experienced a common sense epiphany, which led me to seek/retrieve the key that my forbearers had given me. I unlocked the door to the straight and narrow Avenue. And I, consistently with opportunity in tow, transverse it to my genealogical tree, where I beseech. And greet my ancestors Legacy, rendering sincere “Thank Yous” and bowing before it in humble reverence. 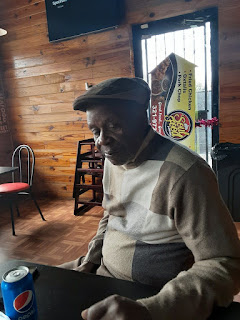