In Memory of Alex Trebek, Art Fleming and Donal Leace (Ann and Denise)

Every so often, we find out that one of our older buds personally knows or had an experience with a celebrity, like how Norman went to school with Wilt Chamberland's brother, how Ann's family sold a house to the parents of Senator Cory Booker, and how Hazel saw Dr. Martin Luther King Jr. speak in Atlantic City while heavily pregnant. These stories, however, honor celebrities who have passed on, but not before having impacting our older buds' lives. It's always sad to hear about someone's passing, it's sadder to hear about your favorite celebrity's death, and it's saddest of all when they've had so much of an impact on your life. Saddest of all is when that celebrity is your brother: 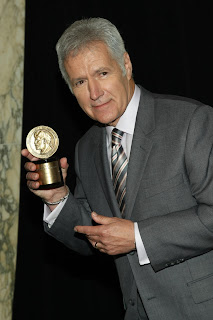 The news of Alex Trebek’s passing brought back memories of the original Jeopardy when Art Fleming was the host and the show looked a lot different. I know this because in 1964 my Girl Scout leader took our troop to a taping in New York City.
As I remember it the 3 contestants each sat at a small desk and the playing board was revealed as a pair of drapes swung open. The money values for Jeopardy went from 10 to 50 dollars and 20 to 100 dollars for Double Jeopardy. I’m pretty sure the windows of the board were operated manually from behind by a stagehand. High Tech did not exist in 1964.
Very coincidentally, one of the contestants was from our own small town and whose children many of us had babysat. Being Jersey girls, we clapped and cheered loudly each time she gave the correct question. Having no idea that she now had hometown groupies in the audience, she looked really confused and surprised as we cheered.
Our verbal support was ended though when, during the first commercial Art Fleming climbed the stairs to tell us that this was not the type of show that encouraged cheering and asked us very nicely to please stop. We obliged and quietly enjoyed the rest of the show, although our hometown hero did not win. At the end of taping Art Fleming climbed the stairs again and thanking us for our improved behavior, invited us to stay for the next two tapings.
I think Art Fleming and Alex Trebek were cut from the same cloth. Gentleman with class, intellect and kindness and I hope that fabric is still available for the next host. 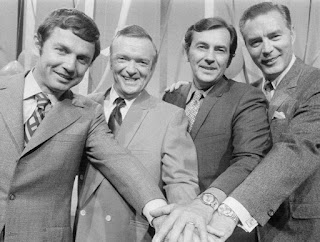 My story today, because I lost my brother within the last two weeks to COVID-19, I would like to share his life, if I could. Tell you a little something about him, I think it would be good. I will give you his song and if you want to you will be able to YouTube it and hear him sing.
His name was Donal Leace. Donal Leace is a singer, songwriter, artist, educator and entertainer and is one of those rare artists whose voice just gets better. Reflecting not just his increasing richness musically, but also the growing strengths of his passions, most notably for social justice and civil rights.
His roots are in West Virginia and in traditional American folk music. In more recent years his work has become more international and he has sought to incorporate the musical traditions of countries such as of South Africa and Cuba.
Since 1960 he has made Washington, DC his home base. In the early 1960’s while still a student at Howard University, working at the Cellar Door Night Club, Donal was affectionately known as Washington’s favorite folk singer. Over the years he has performed with many of the nation’s most outstanding jazz, folk, blues, pop gospel and country artists. He has appeared on the Today Show and Sunday Morning.
A graduate of Howard, he also holds graduate degrees from the George Washington and Georgetown Universities. In 1998 Donal was named the Fulbright Memorial Fund Scholar to Japan and has had a 5-week Fulbright paid scholarship in Turkey. He has been a full-time faculty member of Washington’s Duke Ellington School of the Arts. In the year 2000 Donal was named to the Washington Area Music Awards’ Hall of Fame and he was also included in the 2003 Washingtonian Magazine.
My brother was very kind, he had a very giving spirit. He traveled the whole world, from every corner of the world, South Africa, Latin America, Asia. Of all of the places he visited he told me that he loved Cuba. He was able to go to Cuba on some special Visa because he was an educator. He said Cuba was very beautiful and the people were very friendly. He also loved Turkey, he thought Turkey was great. I remember a couple of years ago he went to Italy and I said to him, “I know you’re going to the Vatican”, and he said, “No I don’t any interest in the Vatican,” but I was a Catholic for years, so of course that fascinated me. He’s been to every place in the world and he loved traveling.
He has songs and they’re on YouTube if you’re interested. My favorite song he wrote is “I Flow to You.” That’s written and produced and sung by my brother Donal Leace. He also made the song in Spanish, but when I actually took it to my Spanish friends to hear they didn’t like it. He made “Eres Tu” which was originally recorded by a group in Spain called Mocedades. The song I think that presents the strongest range of his voice is called “Hare Krishna.” So, if you want to hear Hari Krishna, that’s beautiful by him in my opinion, but the one I really like is “I Flow to You.”
He’s worked with such musician greats as Roberta Flack, he’s worked with Peter Tork of the Monkees the list goes on. Comedians such as Bill Cosby to Lena Horn. He worked with a lot of celebrities and musical greats. He basically opened for Roberta Flack and he opened for a couple of other people. He actually taught Dave Chappelle, if anyone has heard of Dave Chappelle. Dave Chappelle is an African American comedian, he actually taught him; he’s a little controversial. He knew Phylicia Rashad because he was involved in the Duke Ellington School of Music. He knew Debbie Allen, and he was very proud that Kamala Harris made it to the White House because she is a part of the school that he attended and taught at.
He was eighty-one, he died in a memory care facility in Texas. At first they kept everything closed, then the state of Texas, the governor opened up everything. And during those two weeks, at least that I know about, four had died of COVID, because somebody brought it in. They didn’t know he had it, but basically what happened he actually had a fall because he had Parkinson’s disease at this point in his life, and a little dementia. So they took him to the hospital so he could be X-rayed to see what was wrong, if there was any damage physically. So at that point they diagnosed him as having COVID-19. He did not make it to the ventilator, he only lasted four days in the hospital, that was it. He’s cremated now, that’s what he preferred.
It’s just hard on us because we were literally talking to him every other day, and I just talked to him that Wednesday, and by Saturday morning he was gone. By Friday I knew he was getting sicker, and it progressed to no hope.
Thank you so much. You don’t know what this means to me to be able to talk about it. 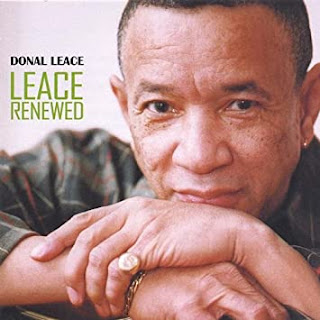 If you want to transcribe for Best Day, then email us at info@bestdayofmylifesofar.org. You can also share our older buds' adventures by donating to Best Day, subscribing to our newsletter, sending a note to our older buds, or following us on Facebook, Instagram, and Twitter. And if you know older celebrities or your older buds know or knew celebrities, then you or they can submit them through our portal right here. We're especially interested to stories from Black older buds, but we're always looking for stories from older buds of color, older buds with disabilities, LGBTQIA+ older buds, older buds of any gender or sex, older buds of any religion, and older buds who just plain break the mold.
And don't forget to maintain contact with the older buds in your life. If you can't be there in person, please call them, email them, or message them on social media. And if they're using teleconferencing or remote events for the first time, give them a call and help them set things up. Check in on them to see how well they're getting used to these programs. Buy them a computer or an internet package if they don't have one of their own. It's a human right, after all.