Last week, we did a mock story slam so the Best Day Buds would get a feel for The Moth’s story slams. Some were already familiar, but others couldn’t go onstage or stay out late, so we decided to do this as a teaser. Eleanor even brought her own bell to let people know when they ran over five minutes. 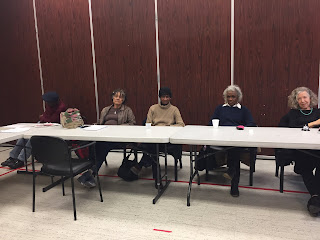 Before the Story Slam even started, we were greeted by older bud Rochelle, who had been out of commission for a year. And she brought her ration book, like she said she would the last few times I saw her. It came from when she was only six months old! She didn’t want any pictures take of it, but everyone got a good look at it too, and it looked like this, but with a different name. 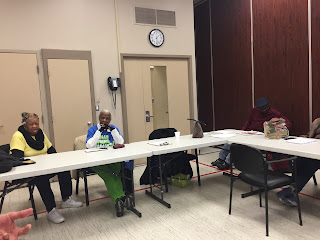 The theme was “Feeling Lucky,” and half the storytellers began by saying they didn’t believe in luck. But every older bud except one told a story. And they were powerful stories, too! Stories about taking an Atlantic City vacation without spending a dime, a secret marriage in Panama, and fighting death after giving birth. Some people who thought they'd never be able to share a story onstage shared an incredible personal moment at the mock slam, and some people who had trouble writing down their stories delivered them beautifully off the cuff. It was a magical moment, and we'll be doing another one next month. 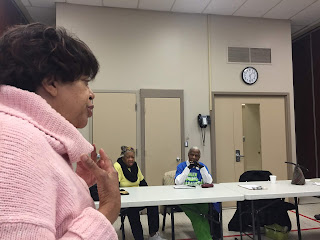 To celebrate our successful story slam, and the return of an older bud, we've included this story by the belle with the bell, Eleanor! 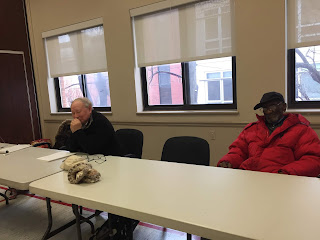 A few years ago, I went to the Free Library to hear Jane Pauley talk about her new book - "Your Life Calling - Re-imagining the Rest of Your life." I hadn't heard about her for years. I knew that she had left her job at NBC due to bipolar disorder. Her talk was inspiration. It's never too late to begin new ventures and add excitement to your life. Her parting though was, "Say yes more often!" I have often thought of this advice since then. It's tempting to stay in your comfort zone.
Well, a few months ago, my Spanish teacher at OLLI, Temple University's senior program, called me with a proposal. Would I be interested in teaching an intermediate French class in the summer. She asked me because she thought I was a native speaker, being from Canada. I explained that I was not a native speaker, but had been quite good at French many years ago.
Having never taught French, and having never caught in the classroom at all, the thought was intimidating. Could I do it? I thought of Jane Pauley's "Say yes more often." So I agreed. I brushed up my French, met French-speaking friends for lunch, watched French movies. My French brain began to work again.
A friend gave me some advice on classroom teaching and I taught a practice lesson with some friends as Guinea pigs. Yesterday was my first class. There were 10 students. My hand was shaking as I wrote on the board. But after about 15 minutes, I relaxed and began to enjoy myself. The class is only for the summer until the regular teacher comes back. But I feel great. Thanks Jane Pauley!

As more and more measures are taken against coronavirus, we want to remind you to keep in touch with the older buds in your life. If you can't be there in person, please call them, email them, or message them on social media. You can share their stories through our portal right here, and you can volunteer as a transcriber by emailing us at info@bestdayofmylifesofar.org. And if you're just plain passionate about supporting older buds and ending senior isolation, then like us on Facebook, Instagram, and Twitter, and share links to your favorite stories. Thanks for reading. 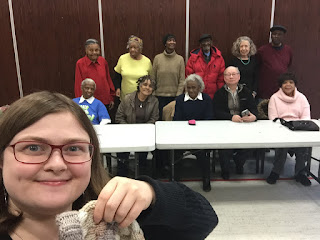