If you’re living in Philadelphia, you know about the shootout that happened in Nicetown-Tiago. Fortunately, there were no deaths and the injured cops seem to be fine, but it was a tense standoff and there were a lot of potential victims who either lived their or were passing through. One of those was our own Elliott. He wrote about it too, and I wanted to share it on the blog for you this week. 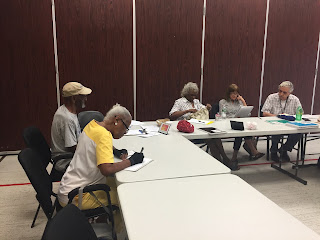 Where I live, 16th and Erie, there was a shooting yesterday there was a shooting yesterday. One man with one of those guns that will shoot 100 rounds a minute or more held up a army of policeman. After wounding six officers he held off a army of policeman from 4:30 in the afternoon until past 12 at night. They cordoned off everything for blocks. As soon as I got off the subway I heard guns going "Pow pow pow pow pow," I was so scared, I tried to go back down to the subway. There was a policeman there saying "No riders! No riders!" So everyone had to get off. I don't know if they were thinking if some of the shooter's constituents would get on or I don't know what they were thinking. I was at Erie and they wouldn't let me take the westbound bus to go home. There were no buses going east, no buses going north, and no buses going south. so I had to walk west from Erie Avenue to Hunting Park Avenue, and that's a good stretch. There was a daycare center there too, and they put the busses there and loaded up the kids in there to wait until their parents could pick them up. I don't know how long they kept the kids in there either. I've never seen nothing like that in my life. It was like something out of a movie or something. They had SWAT teams, they had two or three different districts, they had at least 100 police officers on foot.
And the people who were driving there, they had to park your cars illegally. They make them get out of their cars and go "Back! Back! Back!" I don't know how long they left their cars there, but the cops didn't want anyone anywhere near Erie Ave. And most of the people who were angry, they weren't angry at the shooter. They were angry at the police man impeding them from getting to their destination. "That's my baby! My pet's in there! My kid's in there!" t was truly a sight to see.
Fortunately, no one was killed, although six were wounded. I keep hearing wise and smart people say that guns don't kill, but I remember that there's a mass shooting in Vegas and numerous school children mowed down and this last was in Texas with El Paso. Just within a week's time, 22 people died, by the gun. If guns don't kill, then toasters don't toast!
If I was to point my finger at each one of these people in the room and say "Bang! Bang! Bang!" how many of them would be dead? If I had a gun in my hand and I pointed to each individual here and squeeze the trigger, the question is how many would survive.
I sincerely believe that guns do kill. Especially a gun that can fire 100 rounds. you can't use that hunting. The only thing you can help with that is people. that's a weapon of mass destruction designed to kill the most amount of people in the shortest amount of time. without the guns, countless people would be alive today. I don't understand how people can say "Guns don't kill people" and validate that in light of all the evidence.

One of the things I always stress to new older buds is that they can write about anything in their loves: whether it happened ten years ago or ten minutes ago. We can learn a lot of history from our older buds stories, but it’s important to remember that history is being written every single day of our lives. We’re no stranger to writing about current events, and there’s always the possibility one of us will be involved in a monumental event; good or bad. 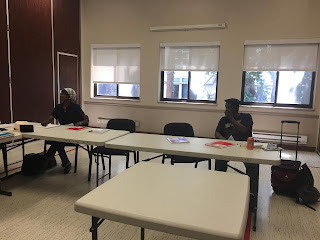 Life is short, so make time to talk to your older buds. Send us their stories through this form. And if you want to do more to end senior isolation, click here to participate in our tenth anniversary celebration, Friday November 8th, 10AM-4PM. Thanks again, and make today the best day of your life so far. 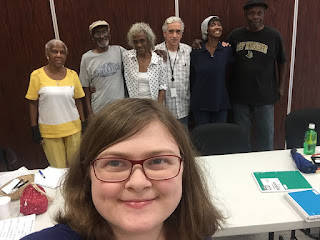