For three weeks in a row, Best Day has had a table full of writers. The warming weather encourages everyone to join new workshops, or return to their old favorites. One of the older buds, Eugene, phased out Best Day in favor of pursuing his dream of photography. He’s been talking about this for a while, so I’m glad he’s finally doing it!
Also, Julie said that some of the kids from the local high schools were interested in volunteering as well. We at Best Day always love student volunteers, and with all the older buds we have now, we could use a few more hands on deck.

And don’t forget to check out the stories from our Philadelphia-based sister group Center in the Park. They’ve got lots of amazing stories, including a few from our very own Norman Cain. And if you’re ever at 33rd and Chestnut, go into the Barnes and Noble, ask for the Drexel Writers Room, and grab yourself a copy of Norman Cain’s “Debates, Defenses and Dreams” from their book vending machine.
We’ve got a lot to look forward to, so I leave you with the stories you’ve looked forward to for this entire post! 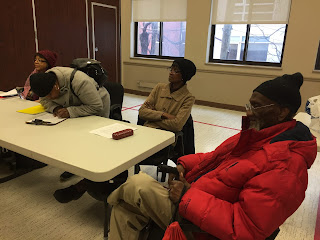 Eugene Charrington
02.14.19
Cameras in the Closet

At my best friend’s house in Sunset Park, Brooklyn, in the living room there’s a huge antique china closet and oddly enough, this closet contains about 12 cameras plus some photographs.
At times, I would sit there and marvel at these professional cameras, there was a Canon, a Pentax, and even a few Yasekia mats. During the 1990s, I worked as a photographer. I shot demonstrations, architectures and still life. I worked with several non-profits and Impact Visuals, a photo co-op where I had black and whites, plus color slides on file. After eight or nine years of photography, put the camera down, not to start again until 2012 when I taught myself how to use a digital camera.
My buddy in Brooklyn recently informed me that he was tired of the expensive and cold NYC life, and to my delight, he told me I could pick two cameras from the closet for myself.
What a going away present! Thank’s a lot Doug! 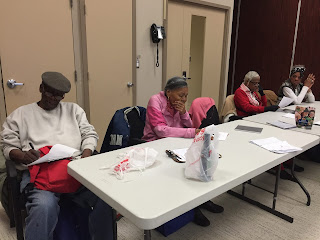 Norman Cain
01.17.19
When I Saw Caen
When I was 13 years old in 1955, an amazing thing happened. The news media was a buzzed with the unheralded news regarding Negroes (that was what black folk were called then) who resided in the racial oriented city of Birmingham, Alabama. A lady, Rosa Parks refused to go to the back of a bus. She was arrested. Led by a young Baptist minister, Dr. Martin Luther King, the Negro folk from the city embarked upon a bus boycott, a boycott they insisted would act until Negroes were granted the right to ride public transportation without being required to sit in the back. On November 13, the Supreme Court ruled that bus segregation was illegal. The boycotters were victorious. Because I left Philadelphia each summer for rural South Carolina, where I resided with my maternal grandparents, I witnessed segregation first hand. Negroes and whites were not allowed to sit side-by-side in vehicles, there were signs that designated what water fountains and toilets the races were allowed to use, Negroes were required to step aside when directly in the path of whites, Ku Klux Klan marchers were prevalent, the chain gang were disproportionately manned, elderly Negroes were called Aunt or Uncle- never Mr. or Misses, and white youth were addressed by negroes as Mr. and Mrs. Negroes were required to engage in hard labor from sun-up to sun down for little pay. To maintain the environment, Negroes were arrested under false pretenses. There were tales of missing folk and human remains being found in the forest. Twice, I saw Negro women in the white section of town, suckle white babies. Because my maternal grandparents who were land owners and who managed a large farm, I was not subjected to the humiliation or hardship experienced by the majority of the Negroes in the vicinity. I, nonetheless, felt the pain of my people: therefore, when I read about the exploits of those boycotting in Birmingham, I was elated. I definitely wanted freedom for myself and all of humanity. At the time, I hand idea that King had been a seminary student at nearby Chester, Pennsylvania, Crozier theological center in 1949. He met Rev. William Gray, pastor of Bright Hope Baptist Church in 1958 at 12th and Columbia Avenue. He also spoke at Calvary P. Church at 41 Brown Street, a Baptist Temple Church at Broad and Berks. His appearances in Philadelphia were steady until February 1968. In August 1965, he came to Philadelphia in conjunction with is northern city tour for "Freedom Now Rally." Over 10,000 people heard him speak at 40th and Lancaster Avenue. There is a mural of him and Cecil B. Moore at the spot as well as a PA Historical Marker and bust of his likeness. During King's 1959 appearance, I was in the Army, thereby missing that historic occasion. However, I did get a chance to see King. But I would get a chance to see him later. As a student a Bluefield State College in Bluefield, West Virginia between 1961 and 1965, I was actively involved in the Civil Rights movement. Two of the college's alumnus who happened to have a Philadelphia base would often come to the University to lead us in our demonstrations. They were Cecil B. Moore and Reverend William Gray. They were both King supporters. They had both joined him in his civil rights activities in Philadelphia. When I graduated from college, I became a member of The Friends of The Student Non Violent Coordinating Committee, which was located at 58th and Lansdowne Avenue. We solicited money, and books, as well as clothing for needy folk in Mississippi. From August 24th through the 27th, I accompanied the Philadelphia Chapter of the Friends of The Student Non Violent Coordinating Committee to the Democratic Convention National Convention in Atlantic City, New Jersey. For three days and nights, I was on the boardwalk in front of the city's Convention hall at 2301 Boardwalk. There, I mingled with civil rights activists and luminaries like James Forman, John Lewis, Ella Baker , Gloria Richardson, Stokley Carmiceal, Rap Brown, Ralph Abernathy, and Fannie Hamer, among others. On the last night, King, who was hoarse, gave a brief speech in drizzling rain from the third and fourth rung of a step ladder. I was not too far from him and I could feel his spirit. I will never forget that experience. 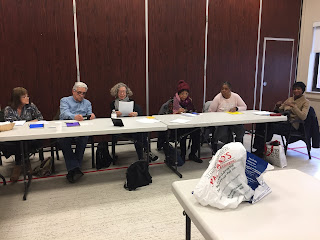 When I was 15 years old, Alberto was my best friend I had in high school. He was an orphan and he inherited a small fortune for his age. He could expend money however he pleased and he did things for me that were amazing. He was sexually active and since our city was very conservative, he specialized in brothels and call girls and he invited me many times so I ended up knowing many places in Chihuahua City.
One of those days when we were studying in a Catholic school, I was enjoying my high school studies and suddenly one night, he appeared in the house where I rented my room. He mocked about my wish to study for the test (not proper for most of my young friends of the next day.)
I tried to dissuade him, telling him that the exam was crucial. Laughing, he told me he wanted to invite me for some beers and not to abandon the test. Meaning what? I asked him. It means that you come with me and drink some beers and I will look for girls. What? And my test? Very easy, you take your stupid books with you because I will not go alone and if you refuse, I will stay here in this room and promise to distract you so you will not study… so you decide. Oh my God! Knowing him, I took my book and we both took a cab. We went to a brothel in the area near the army barracks and accommodated myself in the bar drinking one Tecate and studying logic. The girls laughed at me but I did not care. When my friend arrived, I was the joker of the bar and of all of the brothels. My beer was empty and I solved some complicated Aristotelic silogism. Alberto, my friend was very pleased because he found a pretty girl and I ended with an A+ in Logic. Oh my God, I was such a good student!! 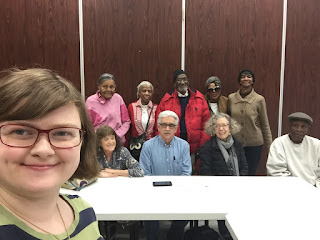 Share your love for the older buds in your life by submitting their stories here: http://bit.ly/submit1000stories
And if you need a refresher on how to submit stories to “Joy Starts Here,” check out this handy-dandy link: http://bestdayofmylifesofar.org/joystartshere/
Curated by Caitlin Cieri
Newer Post Older Post Home