In The Public Eye (Rochelle)

Ever since I’ve taken over as Lead Facilitator for the Philadelphia Senior Center’s Best Day group, I’ve made it my mission to get both Best Day and its older buds the exposure they deserve. One of the ways I’ve done this through The Moth, and older bud José got to tell a story onstage in a Moth event at the World Cafe. Another way is through The Wilma Theatre. For the past few months, The Wilma took a group of older buds at PSC to see James Ijames’ “Kill Move Paradise,” then helped them create a devised theatre production based on that show and their experiences as seniors.

The older buds The Wilma selected...were not from Best Day, but they are interested in collaborating with us on a future show. Last week, I took the storytellers of Best Day to see the Wilma’s performance—“Our Stories: Do You See Me?”—and they loved it! There was comedy, nostalgia, tragedy, and a whole bunch of older buds who were comfortable onstage. Pretty much all of Best Day’s older buds wanted to do a show of their own after that, including the ones with stage fright! 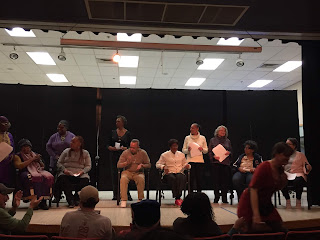 One more way, as you all know by now, is through our “Joy Starts Here” initiative. But did you know that the stories you send through “Joy Starts Here” get posted on Best Day’s website itself? Our own Rochelle Tynes had her story posted on the site, and she appeared as the first hit when Googling The Best Day of My Life So Far. How's that for exposure? 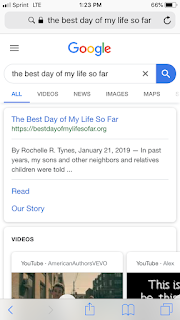 I Have Become a Latchkey Senior

In past years, my sons and other neighbors and relatives children were told to come right home from school. [They were told to] come in alone, don’t talk to anyone, and never ever take the key out from under your shirt. This key around their necks were caused by us parents having to work, not having anyone to take care of our children and not wanting them to be outside in hot or cold elements or in a harmful situation.

The placing of the keys caused the children to be called “latchkey” children. Usually, these keys were placed on the children’s necks with the warning that if they were lost, then they would have to sit outside and wait until the parents came home.
Several keys were lost and the warnings came to pass.
I, however, am a senior and in the last two months have locked myself out. What I’ve done is left my keys in the house when I’ve had to go out. When I’ve done this, I’ve called my grandson that lives around the corner from me. If he is at home, he will come around. If he is at work, I have to wait until he gets off to open the door.
I told myself that I can’t keep forgetting my key and if I leave keys at a neighbors, it has to be someone who is home most of the time, also someone I trust. Another solution is to be a latchkey senior, put my keys in a pouch to wear under my shirt so that I won’t be locked out and just assume my new role as a latchkey senior. 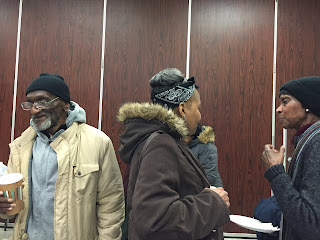 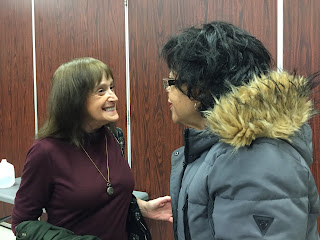 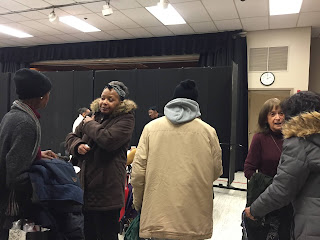 If you have an older bud who deserves to be the first hit on Google, submit their story here: http://bit.ly/submit1000stories
And if you need a refresher on how to submit stories to “Joy Starts Here,” check out this handy-dandy link: http://bestdayofmylifesofar.org/joystartshere/
Happy reading, and stay warm!