The Philadelphia Senior Center closed early last week, and that meant no Best Day. So to make up for that, I thought I'd do something different for this blog post. After writing a story about her musical experience, Eleanor was good enough to bring in her guitar and play a little something for us all.

I'm also delighted to announce that I caught up with our fearless leader Benita Cooper that very same week, and she's got some amazing plans for our 10th Anniversary, including collecting 1000 new Best Day stories from across the United States. 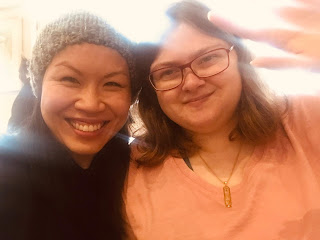 And without further ado, here's the story that inspired our impromptu jam session.

I was a musical child. When I was 5, I started taking piano lessons. I sang in the school choir. I didn’t know I had a particularly nice voice until people started asking me to sing for them, especially my Uncle Matthew, who was an opera buff. My parents decided I should take singing lessons so off I went for my weekly session with a bleached blonde teacher whose name I forget. When I was 14, I auditioned for the high school musical and got the starring role. I became a bit famous . I was a soprano. Within a few years, my voice got lower and I was an alto. I played Mrs. Ham in Noah’s Ark.

My voice got even lower over time. When I was 21, my singing teachers suggested I audition for the Festival Singers of Canada, a professional choir. I was accepted as a second alto. My career continued with the choir, church, and synagogue solos and teaching. My voice was so dependable and people said it was beautiful.

To my shock, about 15 years ago, suddenly, I couldn’t sing those high notes any more. And a roughness set in. I joined a choir in Philadelphia, hoping weekly singing would help. IT did, just a little. Why did I think that aging would pass me by? Around the same time I took up playing the cello, something I had always wanted to do. I supposed this has become my new voice. 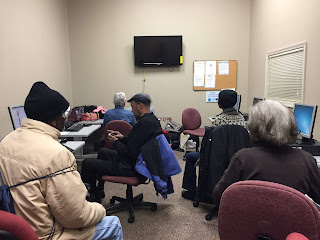