What I'm Thankful For (Elliot)

First of all, Happy Thanksgiving to all the American readers of this blog. If you're reading from another country, then just know that this is our annual pre-Christmas turkey dinner feast. One of the traditions of Thanksgiving is to say what we're thankful for. I'm thankful for my friendship with the people of Best Day, and that they share as much with me as they do.

I make a habit of talking to my older buds outside of the workshop too. Every so often, they'll tell me about something amazing that would make a perfect Best Day story. When I tell them that they need to write about it for our collection, the response is either "I'd never thought of that," or "Who would want to read about that?" To me, it's odd that a person could have taught ESL, been a part if a TV show's studio audience, or had their brother literally throw someone out of the house and think it wasn't a good story for Best Day. I know a few of the older buds sometimes come into class claiming that they have nothing to write about; and some would even skip out because of it. So I'm thankful that I'm close enough to the people of Best Day that I can remind them how much more they can write about, and how much more people want to read about. 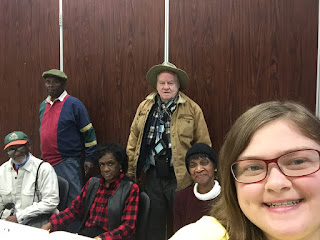 Octavius V. Catto, he was a Civil Rights and Human Rights leader who was assassinated here in Philadelphia, right on South Street. Most people don’t even know his name. He was never mentioned in school in any historical book of any kind.
I believe he fought in the Civil War. He graduated from college or university – I forget which one. I think it could’ve been Harvard but I’m not sure. He has a place named after him on 16th and Fitzwater, right here in Philadelphia.
As a kid, I went there many times for dances and recreation and parties and such; it was a great place to have a fun time. He had a band, he had marches in the City (well, not him because he was already dead). It was a traditional march with the drummers and majorettes. You had the girls twirl the batons and the boys with the trumpets and drums. In fact, it was the only parade with a black marching band and it was made up almost entirely of young people in Philadelphia. There were some older people there too, but it’s mostly young performers.
He was shot during registering voters at 9th and South Street right here in Philadelphia. His murderer, I think he went unidentified for 10 years, I think. And later he was identified but never brought to justice. His murder occurred in 1870 and went completely unnoticed by historians. O. V Catto was a hero and he has finally been acknowledged by a statue at City Hall. He was before his time, but he had courage because back in those days, Philadelphia was no different from Georgia and Alabama in terms of racism. 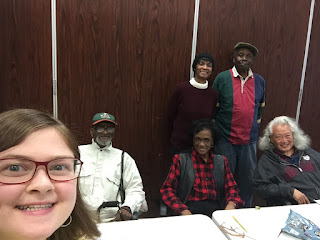 Missed the Best Day Happy Hour? Click here to read a recap and see all the photos.