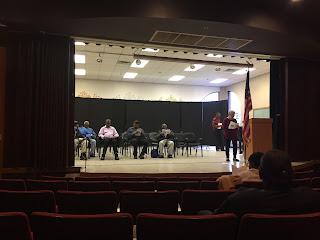 Last week, I wrote about a Veterans Day event taking place at the Philadelphia Senior Center, where veterans would go onstage and share their stories. Best Day has three veterans, Norman, Mo, and Mike, and all three of them expressed interest. Unfortunately, while the rest of Best Day was in the audience, none of our veterans were able to make it. And when it came time for the PSC veterans to share their stories, not a single one did.
We thought that the assembly would end there, but somebody stood up and talked about her friend, a late Tuskegee Airman, and how much he meant to her. Then someone else stood up and talked about the servicemen in their life. Then our very own Dolores stood up and talked about her brother who had been in the Air Force. And so on, and so forth. And we made sure our veterans knew they were honored. 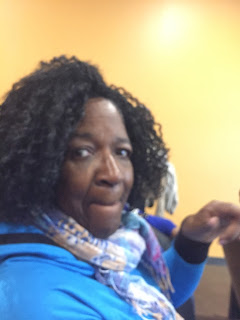 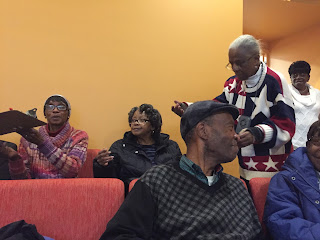 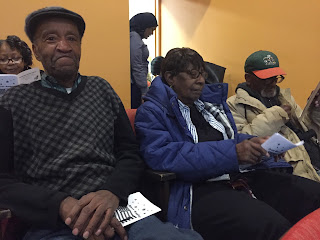 A little later, I caught up with Mike and told him about the assembly. He said that a lot of veterans don't feel comfortable sharing their stories, let alone onstage. Yet Norman and Mo were more than happy to share their war stories with the rest of the older buds. I'm honored that they trusted us with their past as soldiers, and with how their past influenced their present opinions. 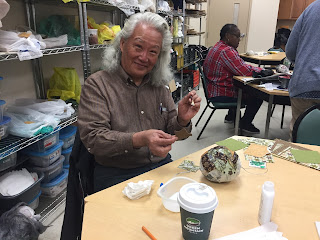 Before we move on to our weekly story, I would like to give a great big thank you to the men and women in uniform. I don't think I could ever do what you do every day.

The tender drops of water washed over her soul. It removed all ill-intentions and beauty began to unfold.
Deep in the rocky places of her hurt. Hidden from sight a pile of dirt. It was a refuse from shame and blame. Now to fit a picture perfectly framed.

After the Veteran's Day Assembly, The Best Day of My Life So Far hosted a Happy Hour fundraiser at the City Tap House in Logan Square. I will be posting about that event later today, so stay tuned.
Curated by Caitlin Cieri
Newer Post Older Post Home