At Best Day, we pride ourselves on having stories from all sorts of backgrounds. Our older buddies come from all over Philadelphia, and many of them are from the suburbs. As a "young senior" and volunteer, I know that there is a lot I don't have in common with the writers, but for the most part I know the class pretty well. But every so often a story or two pops up that I don't expect.

One of the stories stirred a lively debate between the writers about whether or not transgendered people should be forced to use the bathrooms that match their assigned sexes. The people on both sides were very passionate about what they said, but more importantly, they were civil. They didn't want to win, and they didn't want to beat down the competition. They just wanted the other side to understand. It was a very friendly debate, and I wish all debates could be more like that. 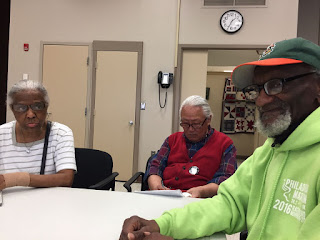 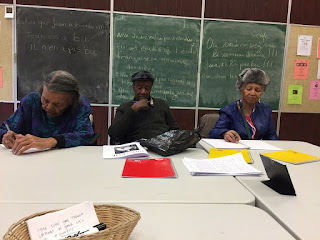 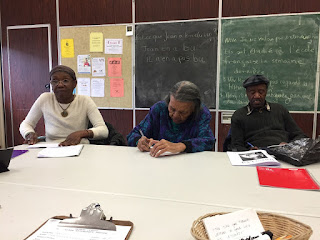 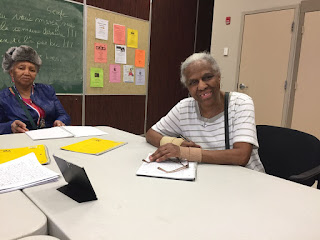 On the other hand, our newest writer Odessa didn't strike up any debates. But she had a very interesting story about fast food.

I was surfing the internet, when I come across a news article about McDonald’s. Investigators had gone into the slaughter house in Oklaholma. What do you think they found? Well, they found people!!! Yes, people. It appears that McDonald’s is serving us white people. I was asked by my white friends “How do you know that they are serving us white people?” I said, “You are the only people that look like chicken.” I never liked McDonald’s chicken. I always thought it tasted strange. Now, I know why. Now, when I get on the bus, I don’t see white people as white people. I see them as food.


Normally I'd just end the post with the story, but Odessa's story reminded me of when I was a picky little kid. Every time my family took me to KFC, I would only eat white meat because I thought dark meat was gross. The cashier must have heard me complaining, so he told my parents to "Drive around to the pick-up window to get your Whitey meat."