Chicken Soup For The Soul (Joe, Frances, Norman and Clarissa)

Hi again everyone. I had a doctor's appointment to go to, so I wasn't able to make last week's workshop. You know how they say April Showers bring May Flowers? And do you know what comes after May Flowers? Pollen-related allergies and sinus problems. So I thought I would post some stories about sickness and health (of all kinds) for people to binge-read while they're feeling under the weather. 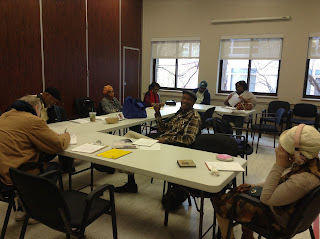 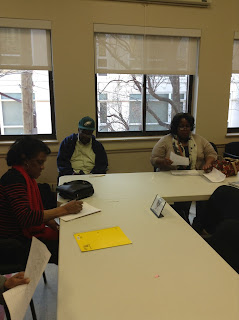 There have been times I’ve written about stories. “Golden Age of Radio.” I remember the old commercials with memorable household phrases. Here are some popular ones from my formative years.

The Lone Ranger was sponsored by General Mills for Kix Cereal. “You’ll get a kick out of Kix.”

Arco Atlantic keeps your can on the go. For business, for pleasure, for any kind of weather.

In the 50’s we had Schaffer Beer. “Schaffer is the one beer to have when you’re having more than one.”

All purpose cleaner
Lestoil – It’s so easy when you use lestoil.

Deodorant – Arid
“Don’t be half safe. Be completely safe.”

The Cheerio’s commercial scared me because I thought the announcers were going to pop out of the radio.

These commercials remind me of a more innocent time, a happier time where people lived simpler lives in the 1940’s. A time of relative innocence.

The new meant a new Health Provider the Affordable Care Act Reserve as Obama was not the reason for the change.  My late husband’s work had provided the insurance; all I had to do was produce my card and see my PCP (Person Care Provider).

The fun began when I had what seemed like endless options to choose from; I selected what I thought was the one agency that would fit my needs.

My ophthalmologist was in the group so I went to keep an appointment made six months previously; my dismay was that I needed a referral.  That made me wish for the good old days, calling my PCP after listening to many prompts.  I learned that I needed a PCP, when I explained that I had previously given this to the insurance company, the person said I needed to call the insurance company who would give them the information (my PCP) then they would call my ophthalmologist with a referral number so that I could be seen.  I called the ophthalmologist’s office and was rewarded with good news.  I could now be seen.  This wasn’t my best day so far, but it sure made me appreciate those days that were some of my best days.  If I am not satisfied that the end of the year I will be afforded to enter into another opportunity to change.  I fear that this time may became my best day.

Up until several weeks ago I was always early for the best days of my life storytelling and writing club. Lately, however, I have been as much as 15 minutes late. This is because I have been involved with a poetry/discussion group each Thursday between 10:45 and 12 p.m. at the Center in the Park, Senior Center or at German Town and Cheten Ave.

I consequently have to rush to get to the Best Day of My Life sessions.

In my rush today, I unfortunately left the story – all type written – that I going to present to our class today. Fortunately, when I called Center in the Park, I was told that my story was there. So after this class I will be heading back to Germantown to retrieve the lost found story.

And the class can hear it the next time. But for now, what you have just heard, is my story for today.
Old age has not only affected my knees, but my memory as well.

Today is Saint Patrick’s Day and also, it’s my son Gregory’s birthday. He was born on this date 37 years ago at 1:37 p.m.

Oh what a joy that was, one of the happiest days of my life. Greg was such a happy and energized child. He was quite a large baby at birth weighing in at 8 lbs 14 oz. He had lots of curly hair. I used to braid it as it grew longer. He was a very smart kid, he did very well in school up until high school, being a teenager, he started to goof off and I wasn’t having any of that. Things that Greg enjoyed, I simply took away until he resumed his academic responsibilities. After he graduated, he attended Pierce Jr. College. He has that 2-year degree, he’s had jobs after that and always took care of himself. He’s been with Homeland Security, checking for bombs at the airport for the past 12 years.

Last year he also started his own business of demolition, moving, and hauling. That’s doing quite well. He also is back in school for carpentry so that he can get larger bids on contracts in his business, they kind of go hand and hand. Needless to say that I am very proud of him and his family, my beautiful daughter-in-law and most importantly, my two grand sugars. WOW, they are my Baby’s Babies!