Remember two weeks ago when I said how writers can disappear from our group months at a time unannounced? Last week, we had three older friends come in who the group hadn't seen for a while: Joe Garrison, Liz Abrams and Mike M. Tsukei. Joe and Liz are both regular writers, but I had only seen Mike once on March 2nd. It was our First Thursday, when we usually meet in the Computer Room, and I told him about our group and how it worked. He was very excited to be there and was eager to come the next week when he could see his classmates' stories written in real time.
I didn't see him for a few weeks I thought he had lost interest. But when Mike came in this week, he told us he'd been coming to the Computer Lab the whole time. Whoops! 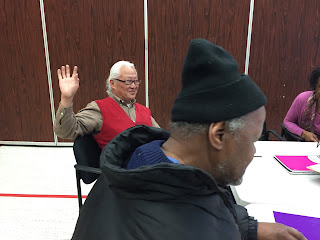 Mike just wanted to listen this time, so he didn't write anything for us to post. But we do have some stories from our other two returning writers:

Liz Abrams
1.21.2016
There’s a Bully in Town
It’s a 'fair one’ – that means a fight after grade school. I was the victim of bullying – a victim is one who is timid and an excellent student that teachers praise all the time. For the bully – I was prime meat. The bully harassed, ridiculed and pushed on me continually, of course she had all her friends, I had some to none.
After school, no escape, the kids, the crowds, the curious all move to the alley for
fights. A circle formed. Praying to God, give me escape, courage, or make that girl,
the bully "drop dead." She was too young at 11 for that. Someone pushed me towards her, and she rushed me with fists, and I closed my hands, threw my hands
up to protect myself, and my fingers got caught in her earrings – "pierced hoops" (by accident) and severed her ear lobe. My eyes shut. She was screaming and I saw blood. I thought it was mine, and she was running away in terror.
Was this the hand of God? I wondered in my sleepless night. Next day, I expected her to be waiting for me – but there was a crowd in school waiting – naming me the new bully in. The girl never returned to that school. 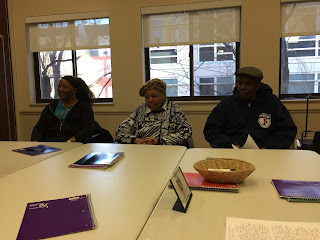 Joe Garrison
11.17.2016
Television Will Ruin You!
I have been writing a few stories about the old days or radio, but all you have to do is wait until a certain actor dies and they’ll tell you everything they’ve done…as far as television is concerned. It doesn’t matter if you were in movies of anything else. If you were a television actor, that’s all you’ll be remembered for. And I think that’s a shame.
Hugh Beaumont who played the part of Detective Michael Shane and the father in the Leave it to Beaver series. In the early 50s, he would work for the Four Star company, which introduced a lot of television dramas. In fact, I have a collection of their shows from their Four Star Playhouse. Beaumont played a lot of dramatic roles in that series. When he was chose to play the father in the Leave it to Beaver series, that became his claim to fame…and unfortunately that’s all he’s known for now.
My second example is…let’s see…the actor who played Archie Bunker. Carroll O’Connor, was a character actor and he played character roles in the movies too. He was in war movies, military movies, gangster movies, and he even had a role in one of the episodes of The Untouchables. I used to have it, but I lost it.
And this is an aside, but people only remember Lucille Ball for the comedy roles she played, but she also played one memorable serious role in a suspense thriller called A Dark Corner.
The point of my story is an actor can have many phases and many roles in many circumstances, but people need to do the research to find all the roles they didn’t do on television. The problem is that all the people want to remember you for is what you did on TV.
I actually could have given a lot of examples of this, like Andy Griffith used to be a stand-up comedian, a country comedian.
And something else gets me. When you play a certain role for long enough, do people start to believe that’s who you really are. I don’t believe that Carroll O’Connor’s really a bigot! 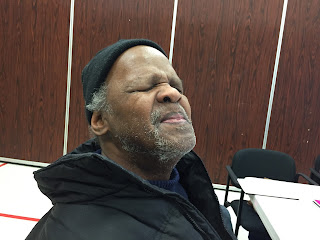