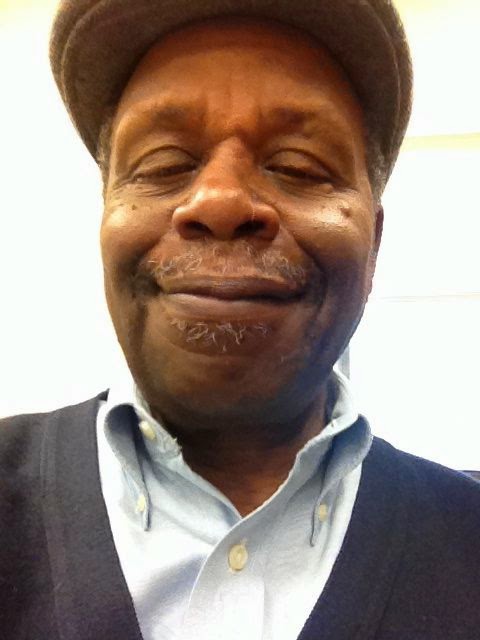 Think you’re the world’s biggest basketball fan? I don’t know… Norman may have you beat ;) Not yet a fan of the game? Look at basketball through Norman’s eyes and you might just start to fall in love with the sport! Happy March Madness, everyone!

I have been attending Philadelphia area basketball competition at the professional and collegiate level for approximately 57 years. During that period, I was never seated in the better sections of the numerous basketball arenas in which I found myself.

Beginning in 1957, when I was 14, I started saving my money so that I would be able to see the Philadelphia Warriors, whose star was Wilt Chamberlain, play at the old Philadelphia Convention Center which was located in the vicinity of the Pennsylvania Hospital.

I would also attend collegiate basketball games at the University of Pennsylvania gymnasium, the Palestra, which was located in the vicinity of the 3300 block of Spruce Street. I would also go to Temple University’s gym at Broad and Columbia Avenue (Now Cecil B. Moore Av.) and watch the excellent teams that they sponsored during the era.

Throughout the years, I continued to attend collegiate basketball and professional games in both the Philadelphia areas and other sections of the United States. While I, in the majority of cases, found the games to be interesting and exciting, I always had the feeling that a little something was missing. Actually, I knew what was missing.
I was always seated in the low priced areas of the arenas. In many cases, I would be seated on the highest row. The players would virtually look like ants scurrying across a miniature playing space. I always wanted to be down front so I could see the action up close.

This past December, a lifelong friend, Andy White, treated me to a Philadelphia 76ers game. We sat close to the floor. The tickets were $75.00. The players did not look like ants scurrying up a miniature floor; they looked like giants and the floor was not miniature in stature; it was gigantic.

In December, a Temple university alumnus named Ron saw me at the ticket window where I was about to purchase a bleacher level ticket to a women’s game featuring Temple and Villanova Universities. Ron offered me a free $35.00 front row seat. I readily accepted the offer and sincerely thanked him. But my luck didn’t stop there.
In January, Ron spotted me at the ticket office where I was about to purchase a cheap uppermost bleacher area ticket to a Temple and Memphis University basketball game, and again offered me a front row seat valued at $50.00. Again, I accepted the ticket. Again, I sincerely thanked him.

I am far away from being egotistical but there are times when compliments make me feel good.

I felt good when my father said, “You are a man.”

I felt good when my mother told me that I did an excellent job as the emcee for a family reunion.

I felt good when my uncle (a South Carolina Farmer) who I worked with told me that I was dedicated.

I feel good when the neighborhood guys in their forties call me Coach.  I had them as a champion basketball team when they were 15.

That fact makes many seniors angry.  It certainly made a Philadelphia icon angry recently.  That icon was Sonny Hill.  He is the Godfather of Philadelphia basketball (he’s in the Basketball Hall of Fame and has maintained a summer basketball league for college, middle school, and high school players for over 30 years).  He is a no non-sense guy.  On Monday night he did something that I had never seen before during a basketball game.  He became angry with the players not cooperating with one another and trying to be fancy, so he kicked the teams off the floor.  The guys playing the next game played hard and together, they got the message.  The way we always played is the best.  It brought back memories of yesteryear’s spirit of cooperation.

I know things have changed in the way society thinks today, but I wish there was more cooperation.  I certainly miss it.  That is why I try to cooperate with people as much as I possibly can.